Get New on Netflix delivered every month. 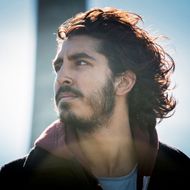 At the beginning of (and during) each month, Netflix adds new movies and TV shows to its library. Below, you’ll find our July 2017 recommendations along with a full list of new titles. For more comprehensive coverage of the best movies and TV shows available on Netflix and elsewhere, check out Vulture’s What to Stream Now hub, which is updated throughout the month.

If you were stranded on Tatooine last Christmas: Rogue One: A Star Wars Story

Time for a heart-to-heart, fellow rebels: Rogue One was a disappointing Star Wars movie. A big reason for the film’s existence was the return of Darth Vader, so it sure is baffling that he only appears for a couple pointless cameos, as though Disney was too scared of tarnishing his legacy to take any chances. Meanwhile, Rogue One expended considerable effort to resurrect the ghost of Peter Cushing, because death means nothing in this world anymore. All that said, the film’s cast led by Felicity Jones and Diego Luna is hugely appealing, and the galaxy-spanning action sequences are worth revisiting on their own. Just forget they ever teased us with that helmet. Available July 18.

If you’re looking for an uplifting true story: Lion

Perhaps you avoided this Oscar nominee in theaters, despite your affection for noted handsome gentleman Dev Patel, because you wrote it off as a shameless family tearjerker pandering to white liberal guilt. But Lion is more than the sum of its Google Earth pixelated parts. Patel’s Saroo, a young Indian man who boarded the wrong train as a child and became separated from his birth mother, attempts to use the technology to patch over the human errors in his own memory. His story is a fable for the modern era, an inquiry into identity and heritage that allows situations to get messy without seeing a need to tidy them up. Also, the first half of the film is a nightmare of self-induced orphan-dom with a magnetic debut performance from young Sunny Pawar. Available July 9.

If you’re a Sex and the City fan: Caramel

Four women in a Beirut beauty salon live and love on the precipice of social change in Nadine Labaki’s 2007 crowd-pleaser, where the performances and spirits are as warm as the sticky stuff the characters use to wax their legs. Labacki’s debut film is often called the SATC of Lebanon. It lays out themes about maintaining femininity as a safeguard against social unrest — themes she would later repeat with more resonance in her follow-up, Where Do We Go Now?, in which the women of a remote village band together to stop the men from going to war with each other. Available July 1.

Available July 28
Daughters of Destiny: Season 1
The Adventures of Puss in Boots: Season 5

MOVIES
Available July 1
Albion: The Enchanted Stallion
Are We There Yet?
Are We Done Yet?
The Astronaut Farmer
Best in Show
Boat Trip
The Boy in the Striped Pajamas
Caramel
Code Name: The Cleaner
Dad
Delicatessen
Disney’s The Mighty Ducks
Emma
E.T. the Extra-Terrestrial
Free Willy
Here Alone
The Invisible Guest (Contratiempo)
Jackass: Number Two
The Land Before Time
The Land Before Time II: The Great Valley Adventure
The Land Before Time III: The Time of the Great Giving
Last Night
Liar’s Dice
The Longest Yard
Madagascar: Escape 2 Africa
Matchstick Men
Mixed Signals
Out of Thin Air
Police Academy
Proof of Life
Punch-Drunk Love
Spawn: The Movie
Taking Lives
Titanic
The Truth Is in the Stars
Zip & Zap and the Marble Gang

Available July 7
1 Mile to You (Life At These Speeds)

Get New on Netflix delivered every month.

life after roe 8:04 p.m.
Celebrities Respond to the Supreme Court’s Overturning of Roe v. Wade Including Katy Perry, Viola Davis, and Ariana DeBose.
in sickness and in health 7:56 p.m.
Travis Barker Is Feeling ‘Much Better’ He said he was hospitalized with “life-threatening pancreatitis” after an endoscopy went wrong.
infinite avatar 6:55 p.m.
All of the Avatar Sequel Announcements: A Timeline The first Avatar sequel has a name, it has a release date, and it has a way with water.
exiting his pandora era? 4:57 p.m.
James Cameron May ‘Pass The Baton’ to Another Director for Avatar 4 & 5 “I’ll want to pass the baton to a director that I trust to take over.”
mike on the run 4:19 p.m.
Killer Mike Returns with Dave Chappelle in ‘Run’ Music Video His first solo song in 10 years.
scams 4:00 p.m.
Chloe Fineman Almost Got Got by Anna Delvey The SNL star finally received the sketch she ordered, after telling The View she never got it.
overnights 2:37 p.m.
90 Day Fiancé Recap: Why is Leandro Here? Who makes their current husband and ex-husband buy them a pregnancy test?
dog eat dog world 2:11 p.m.
Joey Chestnut Defends Hot Dog Eating Title, Literally He fought off a protester mid-dog.
vulture 10x10 12:00 p.m.
The Minions Puzzle 12-Down, Three Letters: Please Don’t Destroy show.
vulture guides 9:00 a.m.
Which Streaming Service Do You Actually Want? Helping you navigate the many, many, many, many, many, many, many options out there.
chat room 9:00 a.m.
Sadie Sink on Her Stranger Things Season From Hell “There’s still a small glimmer of hope.”
vulture picks 8:00 a.m.
25 Notable New Releases Over the Next Two Weeks Lizzo’s new album, Better Call Saul’s final season, Shakespeare in the park, and more.
overnights Yesterday at 11:06 p.m.
P-Valley Recap: A Cinderella Story Keyshawn’s fairy tale includes a nefarious stepmother, competitive step sisters, and a star-crossed love interest.
overnights Yesterday at 11:01 p.m.
Becoming Elizabeth Recap: That Girl is Dead Catherine and Elizabeth could have thrown Thomas in a ditch and lived together when they had the chance.
video games Yesterday at 10:00 p.m.
Oh Hey, I’m Having Fun Watching Westworld Season four is already a goofier, more compelling reboot of the series.
overnights Yesterday at 9:55 p.m.
Westworld Recap: We Have to Go Back The robot uprising is alive and well — it’s simply gone underground.
it's morbin' time Yesterday at 7:37 p.m.
Why Is Everyone Seeing the Minions Movie? The Morbius Effect, but it actually worked.
collabs Yesterday at 6:57 p.m.
Watch Drake Briefly Become the 6th Backstreet Boy You can’t do Toronto without Champagne Papi getting involved.
imposters Yesterday at 6:37 p.m.
Amber Heard’s Legal Team Asks Judge to Throw Out Verdict Over Alleged Fake Juror Will the real Juror No. 15 please stand up?
vulture lists Yesterday at 12:00 p.m.
40 Movies and TV Shows to Watch If You Like Stranger Things From Akira to Twin Peaks and Under the Skin.
More Stories