From TV to books to movies, dystopian tales are in the air right now. All week long, Vulture is exploring how they’ve been imagined in popular culture.

I’m skeptical of the notion that there are novels — or any artworks — that “we need now.” If we need certain novels now, we probably could have used them long ago and will likely keep on needing them as long as there’s paper to print them on. But the present moment, with its dismal politics and cries from both sides of impending catastrophe, has created an ambient hunger for fictions of dystopia. When things are bad, we want to hear how much worse they can get. There’s something paradoxically comforting about watching characters live through terrifying alternate realities and collapsing near futures. The genre is perennial, but some years we pay more attention than others. I’ve read five dystopian novels published this year, and while none of them extrapolates a definitively post-Trump future — how could they? — their imaginative projections tap all-too-familiar anxieties, about climate change, automation, biotechnology, gender politics, and inequality. If the rising seas don’t get us, rest assured, germ warfare or malign trillionaires will do the job. 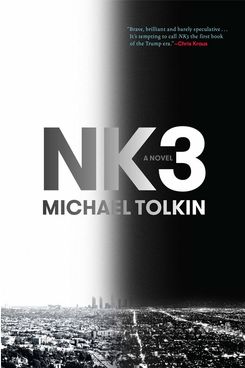 Michael Tolkin’s NK3 was published in January and, as a comic thriller devoted to the destruction of Hollywood as well as the exploitation of Hollywood tropes, it’s the most fun of the bunch. A blurb from the novelist Chris Kraus puts it bluntly: “Part cartoon and part allegory, it’s tempting to call NK3 the first book of the Trump era.” That temptation has to do with the novel’s core premise: A virus engineered by North Korea has stripped Americans of their memories, and a few rehabilitated members of the technocratic elite have set up a fenced-in power center in Beverly Hills while outside the walls, hordes of “Drifters” and “Shamblers” survive on the dwindling leftovers of the age of industrial food production. The implication is that the Drifters and the rehabilitated elite are analogous to the Trump/Clinton political divide, but Trump supporters don’t have the excuse of being victims of a biological weapon: They decided to vote for him.

The novel is set in 2023, four years after the plague strikes. General amnesia has many humorous effects. Nobody remembers their own names, so some are taken from T-shirts or the music on their phones (there are characters called Go Bruins, Redwings, Frank Sinatra, and Siouxsie Banshee). Medicine is practiced by former doctors who don’t really remember what they’re doing. One plotline follows the rehabilitation of a pilot charged with flying the last functioning jet out of LAX (it’s unclear whether he remembers how to land it). Another involves the razing of entire Los Angeles neighborhoods in the paradoxical name of resource conservation. Tolkin, the author of The Player, goes about his demolition of L.A. real estate and mores gleefully, and his point is that beneath a delicate veneer of civilization, the city is nasty and brutish and life is short. 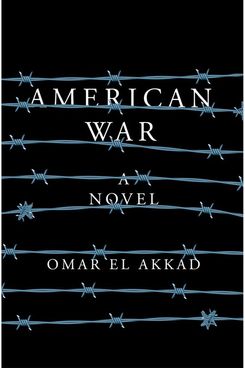 Unlike NK3, the other new dystopias take rising sea levels as a given, some going so far as desertification of the midwest. The deep source of climate change is industrialization, and so these stories tend to marry scarcity and natural disaster to technological innovation, with war, or at least chaos, being the logical offspring. Omar El Akkad’s American War opens with a map that shows Florida turned into a minor archipelago; a zone from the Texas coast to Northern California marked off as a “Mexican Protectorate”; South Carolina quarantined in the aftermath of a Northern biological-weapons attack; Alabama, Mississippi, and Georgia as an independent Free Southern State; and the capital of the rump Union transferred to the less precarious (because landlocked) Columbus, Ohio. The year is 2074, and a ban on fossil fuels has spurred a new rebellion in the South. The war lasts two decades and its causes soon fade from the narrative: El Akkad implies that civil wars proceed with a self-sustaining logic, abetted by more or less covert foreign interventions.

That certainly sounds familiar. El Akkad, who lives in Portland, was born in Cairo, grew up in Qatar, and has worked as a journalist for the Globe and Mail, covering the war in Afghanistan, Guantánamo, the Arab Spring, and the emergence of Black Lives Matter in Ferguson. It’s not a slight to his book to say that he’s basically transposed the horrors experienced in the past decades in the Middle East to the Continental U.S. That’s his more or less explicit thought experiment in American War: as America turns against itself, new powers have risen — China, the Russian Empire, and the Bouazizi Union with a capital in Cairo. There’s an offhand mention of refugees fleeing south from a ravaged Europe.

The heroine of American War, Sarat Chestnut, is a 6-year-old in Louisiana at the war’s start who undergoes a Zelig-like march through the conflict: refugee, radical for the Southern cause, assassin, war hero, detainee, and, finally, peace-spoiling agent of the Bouazizis. El Akkad executes his concept smoothly, and some of his inventions are startling. The U.S. offshore prison where Sarat is detained and tortured for years is a remnant Florida island called Sugarloaf (an ironic redeployment, I hope, of the Maine ski resort). Other coinages fall flat: there are attacks by “homicide bombers,” which is, well, redundant; the killer drones are called “Birds”; and the ubiquitous improvised hooch in the South is called “Joyful.” Racial strife is elided as the conflict turns on Southern tribal loyalty versus Northern calls to return to the status quo, couched in bromides about democracy. American War is less convincing as an execution of its title than as a thinking through of geopolitical role reversal. Who are the humanitarians here? Let American displaced persons eat Russian caviar.

The Book of Joan by Lidia Yuknavitch 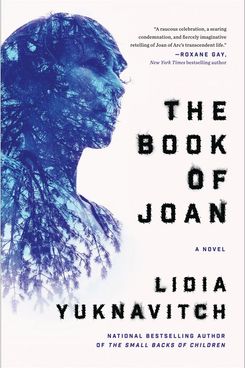 Lidia Yuknavitch’s The Book of Joan is thoroughly international, in that the entire Earth is laid waste, with a final showdown at the swamped Alberta Tar Sands. Now, circa 2049, the affluent and the more affluent linger above the radioactive planet in a giant suborbital pod dubbed CIEL that sucks up vestigial terrestrial resources through tentacles called Skylines. Presiding over the devastation is Jean de Man, whose evolution taps current anxieties to a T: “It’s a perfect and terrifying consumer culture history, really. His early life as a self-help guru, his astral rise as an author revered by millions worldwide, then overtaking television — that puny propaganda device on Earth — and finally, the seemingly unthinkable, as media became a manifested room in your home, he overtook lives, his performances increasingly more violent in form. His is a journey from opportunistic showman, to worshipped celebrity, to billionaire, to fascistic power monger.” Sounds a little like the president.

But only a little. Yuknavitch’s vision flies free of headline worries into the realm of essential binaries and their blurring or eradication. French theory and the old French story of Joan of Arc animate Yuknavitch’s novel, and for those with a taste for books shot through with such ideas, her book will be candy. It’s the least scientific of science fictions. The humans floating on CIEL have been mutating away from fixed genders, their genitals the first thing to go. One of them can turn walls into liquid and walk right through. The X-Men meet Judith Butler. In a play on Kafka’s “In the Penal Colony,” Christine, narrator of most of the novel, grafts the story of Joan of Dirt, a child soldier burned at the stake by Jean de Man. She returns from the dead for a showdown with her killer and the binaries go at it. Male versus Female. Destruction versus Generation. Power versus Love. The clash of binaries (nothing reifies binaries more than trying to transcend them) yields something like a happy ending. 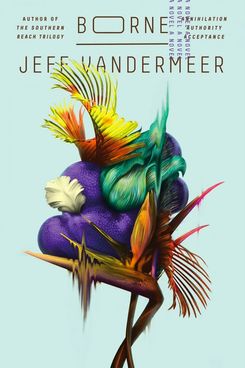 Dates and places aren’t specified in Jeff Vandermeer’s Borne, whose fiction uses futurism as a path to fairy tale, and fairy tale as a way into existential questions. “What am I?” “What’s my purpose?” asks the title character, a shape-shifting being we first meet as a pod that eats anything in sight (including people), never shits or pisses, and can look like a person, a lizard, or a boulder, among other less straightforward forms. His philosophical interlocutor is Rachel, the narrator and a refugee from an archipelago nation that’s suffered rising tides.

Authority has collapsed everywhere in the aftermath of total war, and she’s come to a wrecked city full of scavengers teeming around the ruins of a bioengineering plant. Her boyfriend, Wick, mixes potions from its leftovers that he sells as drugs. There’s a giant bear called Mord that can fly, and his nemesis, a woman called the Magician, draped in robes made “of a kind of biotech.” The whole city in Borne is an uncontrolled laboratory teaming with Gollums, Frankensteins, and Chimeras of all varieties. 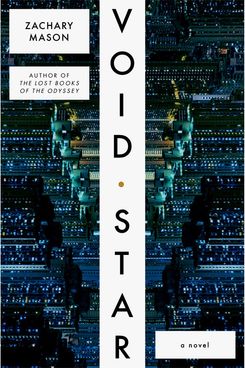 In any dystopia it’s not hard to find the revenants of traditional stories — of zombies, saints, or familiar wars. Look closely enough at 1984 and you’ll see it has the structure of a romantic comedy. Zachary Mason’s Void Star is a techno-vampire myth. At the core of three twisting plots is Cromwell, head of Water and Power Capital Management, a firm that amasses wealth through artificial-intelligence trading. Cromwell is a vampire of memories in a 22nd-century world where everything from construction to transit to security is entirely drone-operated, and human experience itself has become subject to scarcity. Cromwell has used his fortune to buy longevity treatments that make him essentially immortal. When the wealthy can no longer exploit our labor, they’ll come after our very selves.

Mason is a computer scientist and AI researcher with a classical sensibility — his previous book was the indie-press breakout hit The Lost Books of the Odyssey — and this combination at once unites him with the canon of science-fiction writers with ancient concerns (Ursula K. Le Guin, Russell Hoban, Stanislaw Lem, etc.) and puts him on the cutting edge. The texture of Void Star is that of three characters’ minds, followed in indirect discourse. This is the mode of realism, and it serves as a filter for the world Mason has constructed around his protagonists. The details of the future —where the midwest is a desert and Los Angeles has dropped out of the U.S., becoming a citadel for the wealthy, surrounded by favelas — arrive with an offhand assuredness that signals the author has done enough thinking about his imagined future to avoid miring his novel in exposition. The most ambitious passages of Void Star see Mason writing his way into what it’s like for humans to think when part of their brains are AI implants, leaning on the sturdy lyricism of landscape writing: “Darkness, as she opens the connection, and emptiness like a flat black sea, and there, the barest possible suggestions of shape, like islands over a dark water, rushing closer, revealed as sense massifs of seething glyphs whose heights fill her eyes as the fugue hits.”

It’s impossible to extract a general theory of the present idea of dystopia from these five novels. There are some striking points of contact: Florida under the sea, grotesque inequality pushed to extremes, and most strikingly in Tolkin’s and Mason’s books, the manifestation of future disaster literally as a form of amnesia. If there’s one question these books are all asking, it’s how long will we still be ourselves?

+Comments Leave a Comment
Dystopian Books Are Everywhere This Year