From TV to books to movies, dystopian tales are in the air right now. All week long, Vulture is exploring how they’ve been imagined in popular culture.

With the renewed fear of mutually assured destruction by nuclear weapons and Delaware-sized chunks of ice melting off of the polar ice caps, our culture has become obsessed with what will happen after the world ends. Whether the threat is natural, supernatural or existential, humans are going to need a lot more than flinty determination and killer archery skills to survive after zombies start popping up from their graves and children are forced to gun each other down in an arena for the amusement of the masses. These are all the products one could really use when the shit hits the proverbial fan in all sorts of different fictional scenarios. Hey, some of these might actually be pretty great even before Tina Turner builds the Thunderdome.

The Walking Dead
Based on how they look, it seems like all anyone ever does on this show is sweat. Rick Grimes actually got his name from the rings that decorate even his cleanest apparel. That’s why you’ll need a good sweat-proof shirt to get through this wasteland. Considering that it always seems to be summer in their universe, try one with some moisture wicking material that is quiet, light, and easy to clean. And you only get one, because there is no time to change or shower, even after it gets covered in zombie guts. 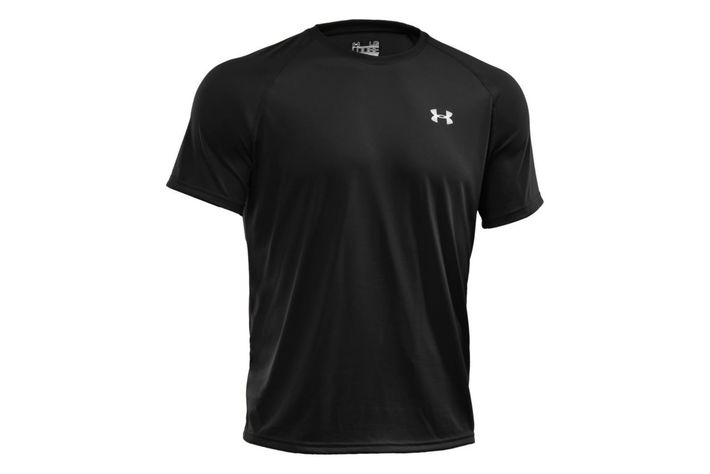 Speaking of showering, if you plan on attempting a hairstyle as ambition as Daryll’s pompadour/mullet hybrid, you’re probably going to need to get yourself a good dry shampoo as well. 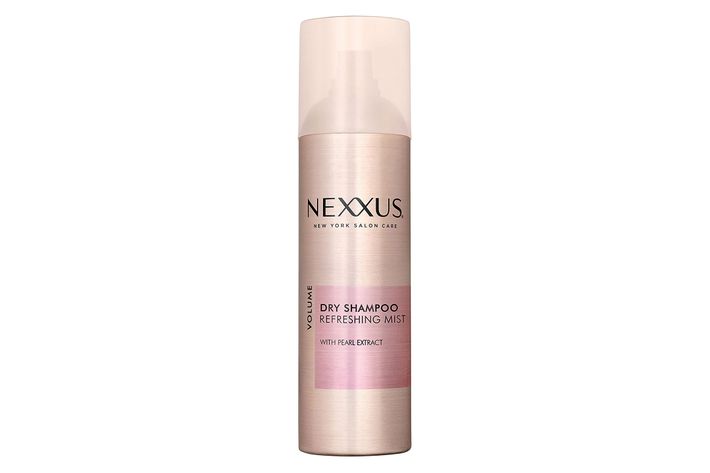 The Hunger Games
Katniss Everdeen, the world’s most persecuted volunteer, needed a lot of things to get through her ordeal in the arena, whether it was balm that fell from the sky attached to a parachute or some killer outfits thanks to her stylist Cinna. But there is one key detail of those looks they never addressed: her ponytail. That’s right, she couldn’t be a beautiful reality TV star without her long hair, but she can’t be shooting arrows at the “Careers” with it all getting in her eyes. Yes, the key to her success is actually a stellar hair tie. You heard it here first. 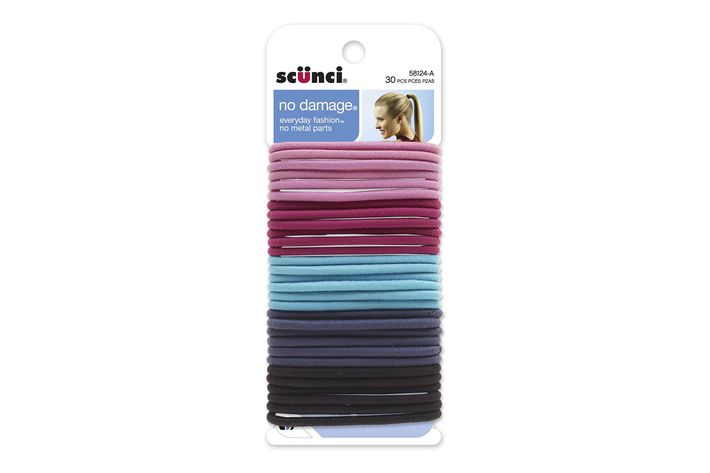 The Leftovers
Once 3 percent of the world’s population mysteriously disappears, all anyone ever does is cry. If you’re Nora Durst sometimes you hire hookers to shoot you in the chest while wearing a bulletproof vest, but mostly all you do is cry. Maybe sometimes you join a cult or go on a religious pilgrimage, but even while doing those things everyone is crying. Might we suggest some rather durable hankies for wiping up all of those tears (and maybe a little bit of snot). 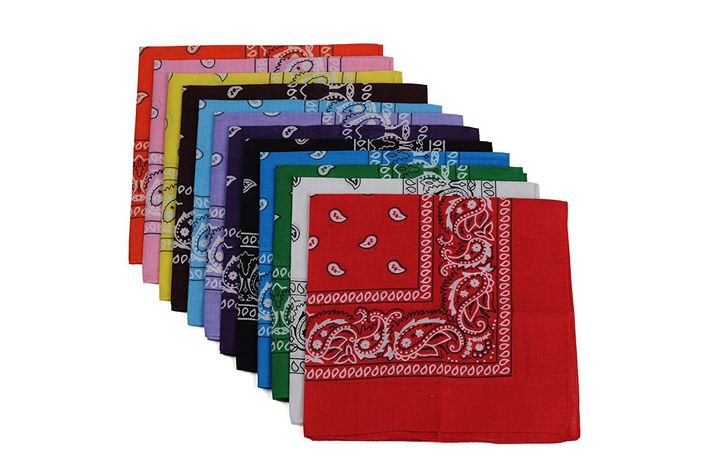 Also, if you’re Kevin Garvey and you intend to take up jogging, maybe invest in a sturdy pair of briefs for under your grey sweatpants. Or don’t. Whatever. 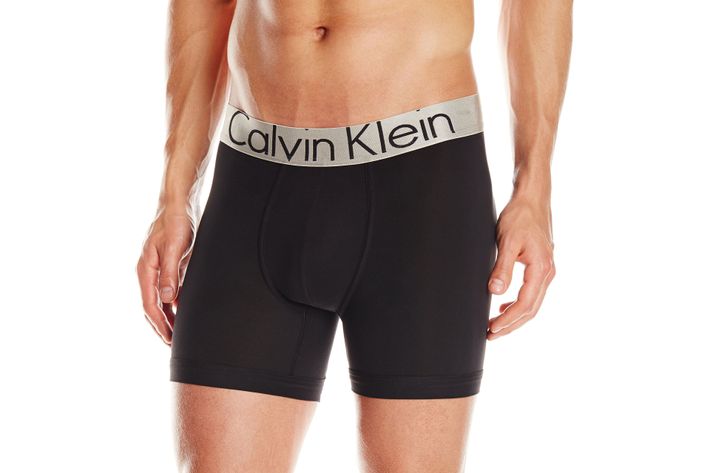 The Handmaid’s Tale
The difficult thing about life in Gilead is that the women in red aren’t very informed at all. A Swiss Army Knife would come in especially handy in many situations. You can use it to carve a message in the closet, pick the lock on your room, or maybe shiv an Aunt or two while trying to make a run for the Canadian border. Pick one in the traditional red so that it will be seamlessly camouflaged in your voluminous robes. 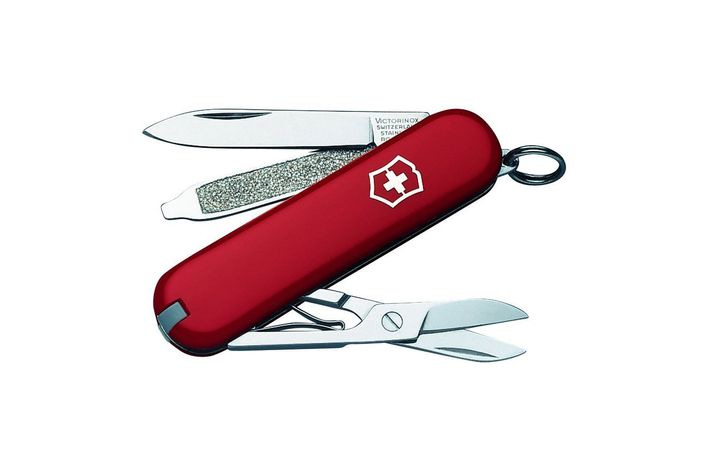 28 Days Later
When it comes to zombie apocalypses, it would be easy to get away from the shambling hordes of The Walking Dead. But these zombies are different.
They take off like Carrie Bradshaw at a Jimmy Choo sample sale. (In this case it’s brains instead of strappy sandals.) Just like Carrie, this is all going to come down to footwear, so make sure there is a great pair of running shoes in your go bag. 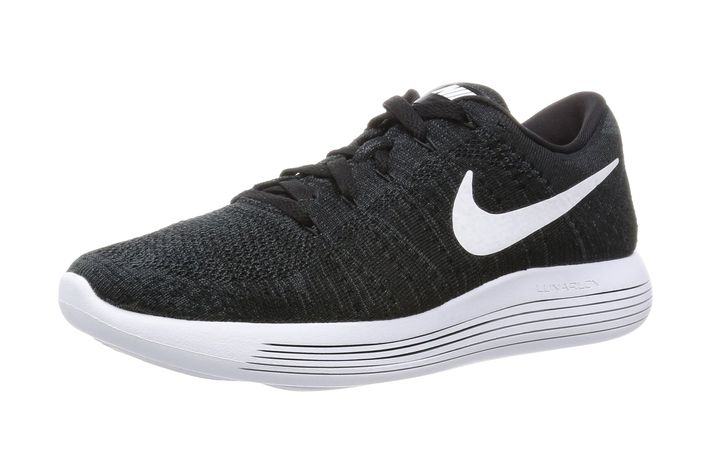 Oh, and if you don’t want to turn into a zombie yourself, maybe a gas mask will keep you from getting the virus in the first place. 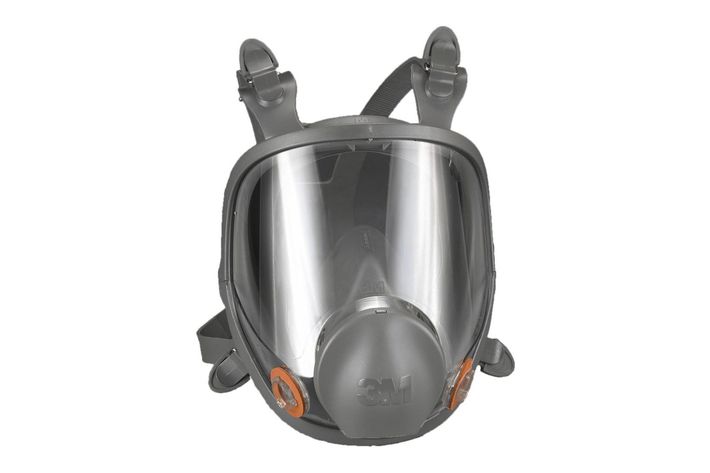 Wall-E
It seems pretty easy for robots to survive on Earth after the planet becomes nothing more than a glorified landfill. We’re not worried about Wall-E here.
It’s the humans who have a hard time, circling the globe in their giant pleasure liners lounging in hover chairs and subsisting on nothing but entertainment and Slurpees. They key to a long life in this scenario seems to be a great container that will keep your drink cold and your velour track suit stain-free. Maybe something with a straw so that you don’t have to move your head too much. Your neck won’t hurt once all your muscles have atrophied. 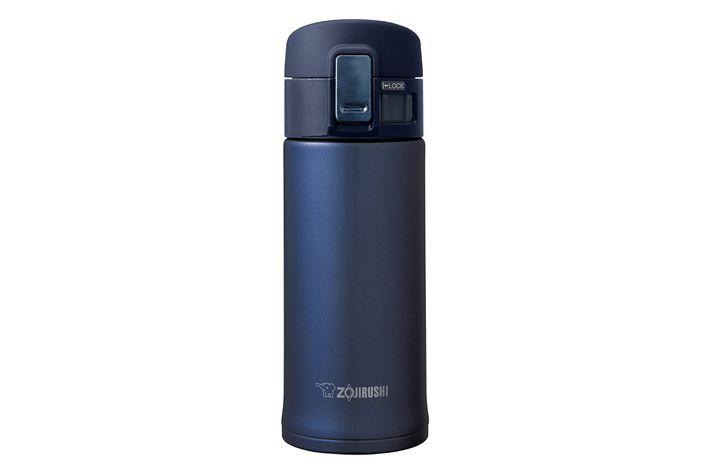 Mad Max
The biggest question many had while watching Mad Max: Fury Road was not “how do you get fire to shoot out of a guitar” or “what, exactly, is that bad guy’s skin made out of.” It was, “How does Imperator Furiosa look so damn young?” The same way Charlize Theron keeps her skin healthy in this world: a good moisturizer. This will be especially important when the war in the future isn’t over ideology, but over natural resources like water. If you can’t hydrate your body, at least you can keep your skin cells full of all the H2O they’ll possibly need. 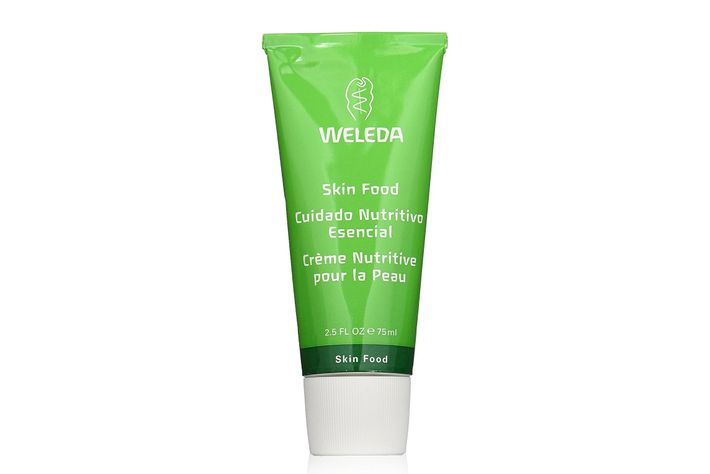 Minority Report
How in Tom Cruise’s green earth are you going to prove that you didn’t commit pre-crime? That’s going to be a dicey one, but I have a feeling a fitness tracker is probably going to be your first line of defense. The precogs might be using their superpowers to figure out who is guilty, but some good solid data about your physical whereabouts, your sleep schedule, and how many steps you’ve taken on any given day might provide some hard data when it comes time to plead your case. 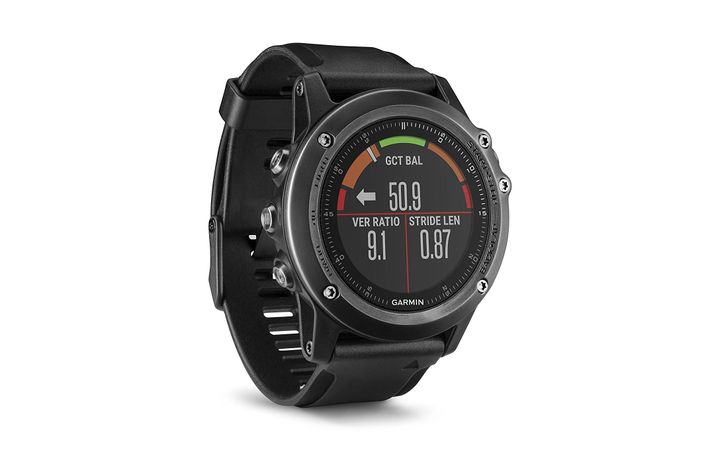 The Last Man on Earth
On this Fox comedy, personal hygiene is really a thing of the past, at least as far as Phil Tandy is concerned. His signature look is one of shaggy hair and a grossly long beard that is still sticky from him falling asleep in a kiddie pool full of margaritas. For anyone wanting to go the hirsute look, some beard conditioner will be essential. Also, a quality grooming apparatus for when it’s finally time to attempt this look. 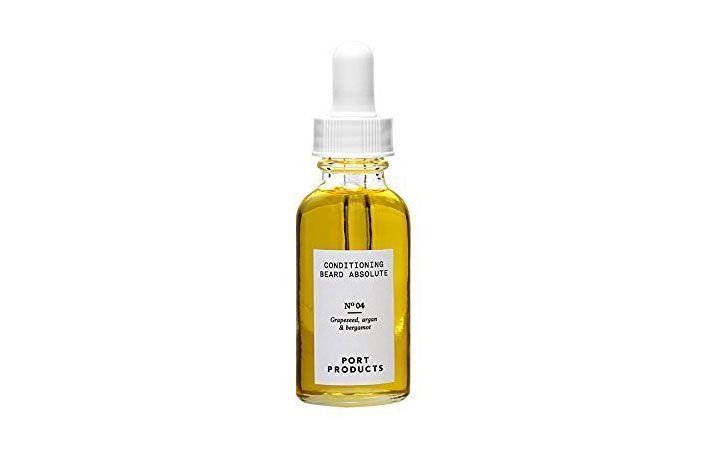 The Day After Tomorrow
In this movie, climate change unleashes a new Ice Age on the world. We’re going to need some layers, people, and certainly a reliable parka for trudging through the snow and rescuing people from the New York Public Library. If possible, also try to find your very own Jake Gyllenhaal who can warm you up with his body heat during the chilly nights. 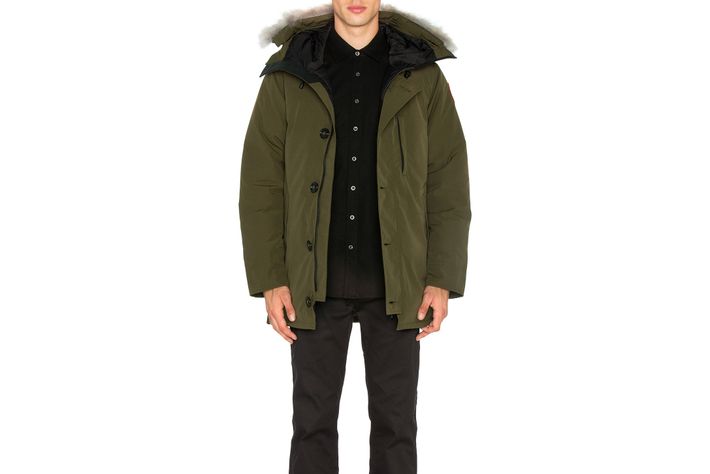 The 100
If you want to fit in with the crowd of teenage misfits on this destroyed Earth, you’re going to need a look that is, how shall we put this, severe. No colors, no prints, and certainly nothing that might spark a little bit of joy.
The fashion of the future seems to be militarized athleisure, so just strap some pads and armor on your favorite yoga pants and you’re ready to go. Yes, The 100 is also how much you’ll probably end up spending on them. 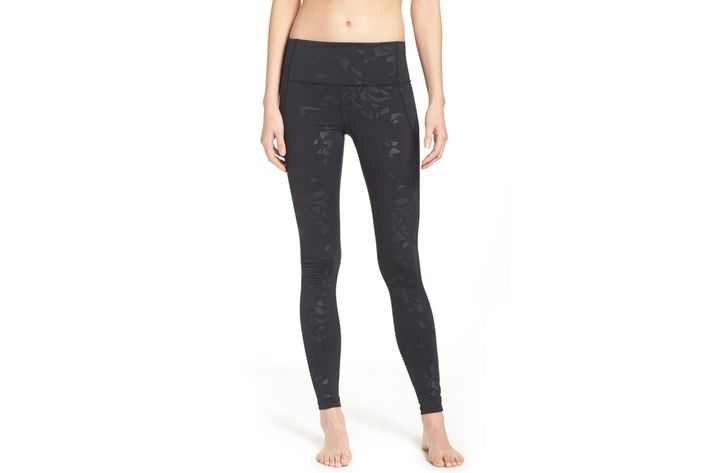 Blade Runner
I’m not entirely sure what exactly went wrong with the world in this movie, which is about to be rebooted, but whatever it is, one of the side effects is that the April showers last the entire year. Seriously, why is it so wet in this damn movie? Harrison Ford only had one rain coat while fighting off the replicants, but maybe you should have a closet full of them. 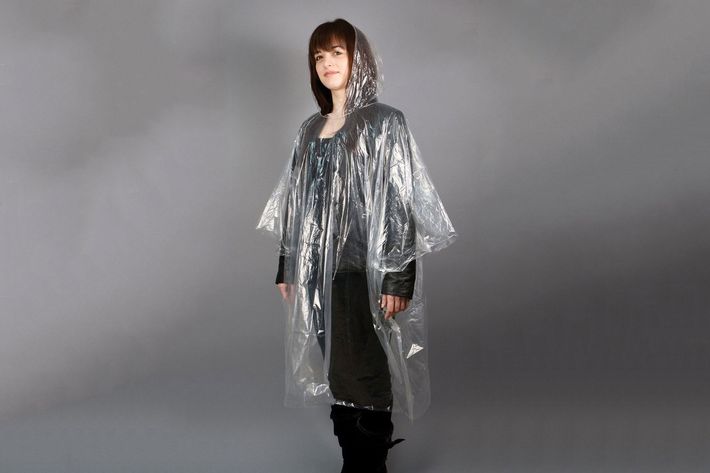 Get a whole collection. Buy stock in Burberry, Isotoner, or whatever company makes the best umbrellas. You’ll make enough to buy your very own android — at least before they rebel. 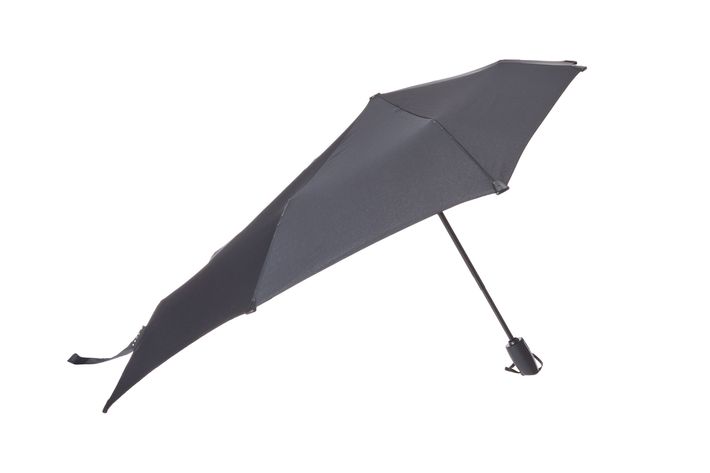 The Stand
In Stephen King’s dystopia, the world has been destroyed by the flu and only a lucky few survive to witness the ultimate showdown between good and evil. Nothing can help you survive a clash with Satan, but there is something that can keep you from getting the flu in the first place. Invest heavily in surgical masks, maybe some cute ones with a fun pattern like the ones you see in smog-caked Asian cities. 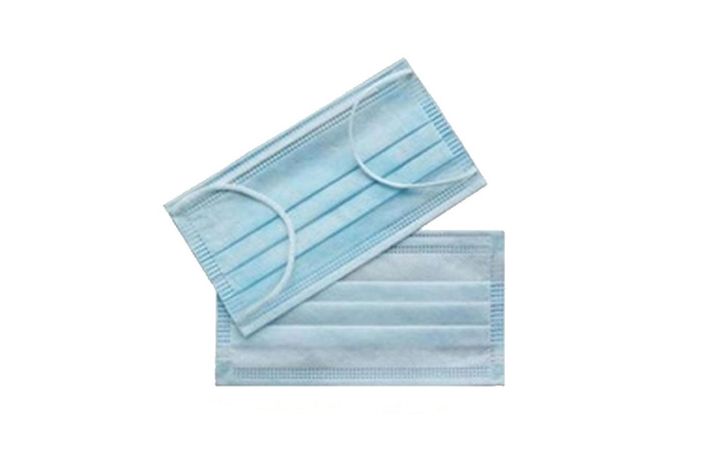 Also maybe a Vitamin C tablet or two to boost the immune system. If GOOP is ever going to help you survive in the dark future, it’s in this realm. 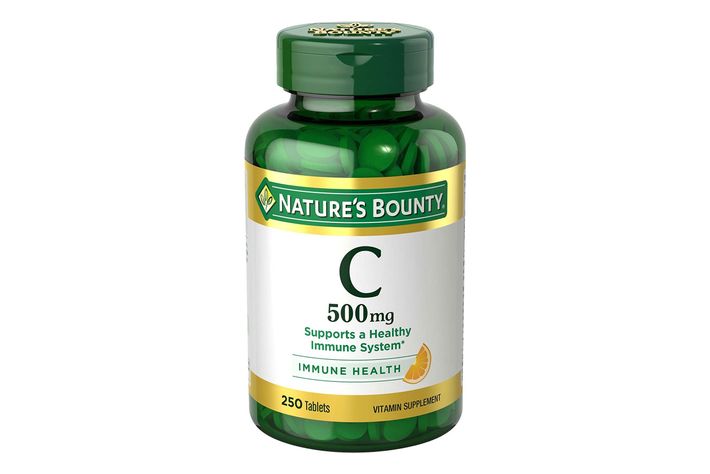 Futurama
You’re going to need a lobster cracker for when you finally get sick of Dr. Zoidberg. Trust us. 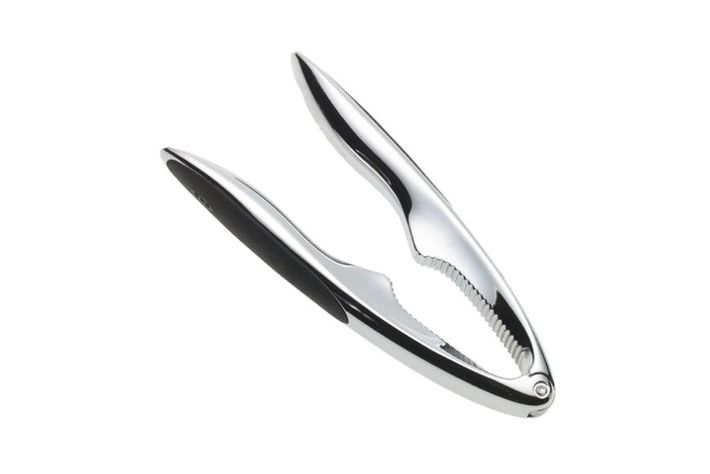 gods and monsters 24 mins ago
Chapter 1: Everything We Know About the Future of the DC Universe Congrats to Viola Davis, who remains the most unscathed DC Universe actor.
2 king 2 hill 3:48 p.m.
Travel Back to Arlen in a New King of the Hill Reboot Hulu announced a revival of the beloved series on January 31.
timelines 3:10 p.m.
The Complete History of Ezra Miller’s Controversial Career From kidnapping allegations to a plea deal for unlawful trespassing to the DCEU’s master plan.
chat room 2:48 p.m.
Nelson Franklin Is Thankful He’s Not the ‘Uglier George Santos” Comedy’s go-to That Guy discusses appearing in — or auditioning for — most of your favorite sitcoms.
celebrity memoirs 2:14 p.m.
Pamela Anderson Knows Even a Memoir Can’t Tell All Though there are not many new revelations, ten stories stuck out.
essential episodes 2:02 p.m.
Columbo Is the Ultimate ‘Rich People Are Weird’ Show Peter Falk’s rumpled detective takes down lots of wealthy loonies.
sad gay representation 1:18 p.m.
The Last of Us Fans Are Screaming, Crying, Streaming Linda Ronstadt “Long Long Time” is running (back) up that chart.
sundance 2023 1:04 p.m.
Sundance’s Year of Existential Crisis Yielded Back-to-Back Megadeals Insiders call this year’s Sundance a return to form, with several all-night bidding wars and multiple eight-figure deals.
By Chris Lee
backstories 12:35 p.m.
‘There Couldn’t Be Any Normal Scenes in This Movie’ Damien Chazelle and his collaborators explain Babylon in three key scenes.
By Bilge Ebiri
hive mentality 12:11 p.m.
Dominique Fishback Isn’t Doing Much to Rehabilitate Stan Culture’s Image As an obsessed fan in Donald Glover’s new series, Swarm.
hbo axe’d 12:04 p.m.
HBO Max’s Abandoned TV Shows Adopted by Tubi and Roku More than 200 titles from Warner Bros. Discovery are moving.
album review 12:00 p.m.
Lil Yachty’s Great Gig in the Sky The rapper’s surprising new psych-rock album delights in sensory overload.
vulture 10x10 12:00 p.m.
The Scooby Puzzle 7-Down, Ten Letters: Batman’s Home
reading is what? 12:00 p.m.
And Don’t F&%K It Up Chronicles Drag Race From Vaseline Lens to Emmy Gold “Come for the tea, stay for the shade.”
yelling 11:52 a.m.
It’s Time for a Departure From ‘Bottle Episode’ Another format-breaking episode, another widespread misapplication of a specific TV term. This must end.
listings 10:31 a.m.
Joan Didion’s Apartment Is for Sale Missed out on the estate auction? Seven and a half million dollars will get you the whole house.
obits 10:13 a.m.
Cindy Williams of Laverne & Shirley Dead at 75 “Knowing and loving her has been our joy and privilege,” said her children in a statement.
crime 10:10 a.m.
Chicago Prosecutors to Drop Sex-Abuse Charges Against R. Kelly Two prior convictions guarantee Kelly will be behind bars for decades.
grammys 2023 10:00 a.m.
Who Will (and Should) Win at the 2023 Grammys? And will Beyoncé finally earn an Album of the Year trophy?
oscars 2023 8:00 a.m.
Lydia Tár Is Not an Art Monster The quiet redemption of awards season’s most divisive character.
More Stories