RIP to many Taylors past.

In Taylor Swift’s video for her new single “Look What You Made Me Do,” she subscribes to the Dark Knight superstition that you can either die the hero or live long enough to see yourself become the villain. But, rather than abide by that already flawed belief, Taylor attempts to do both. In an all too literal sense of self, she kills off all the Old Taylors past, scrubbing out iconic image (to her fan base, anyway) after iconic image from all her self-determined eras of yesteryear. And in their place, now stands atop the pile of bodies, the new and improved(?) murderess New Taylor. Except who but Taylor knew there were so many Taylors that had to die? Let’s take a closer look at the Taylor Swift graveyard. 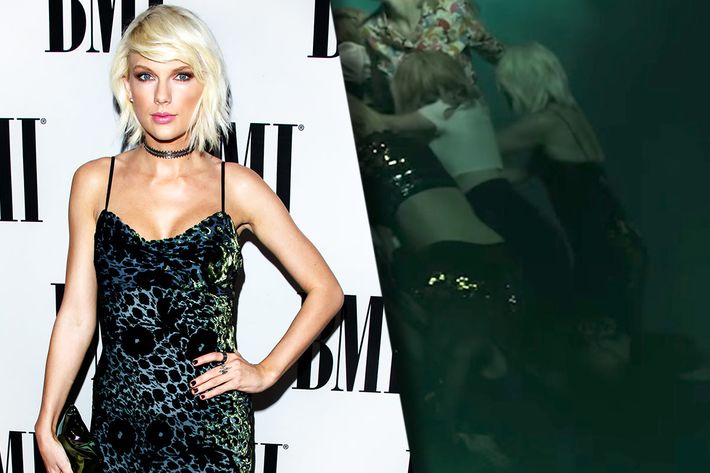 RIP “Out of the Woods” Taylor (2015-2015)
But also, welcome to the undead? Taylor’s zombie corpse from her “Out of the Woods” video represents the final phase of her 1989 era — it was the last all-original video she released from that album — and apparently, “Old Taylor’s” final form. 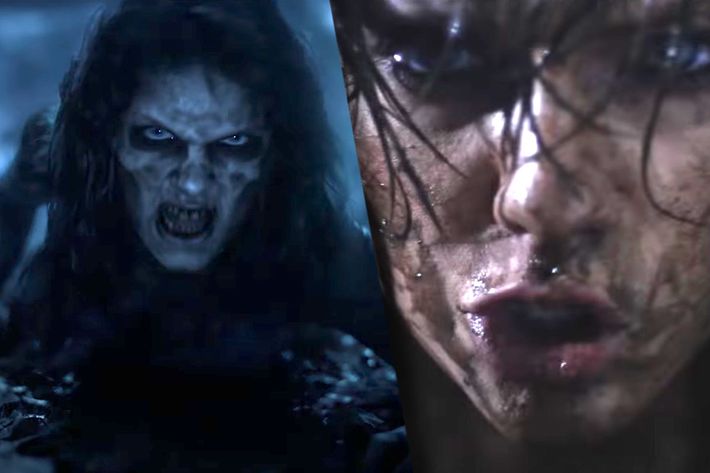 RIP 1989 World Tour Taylor (2015-2015)
Not pictured, but also dead: Her blue skirt and black crop-top outfit from this tour; white two-piece with thigh-high black boots; and blue-sequin bomber jacket. And from that album’s photo shoot: Taylor in the white-hole shirt, and blue sweatshirt with birds on it. 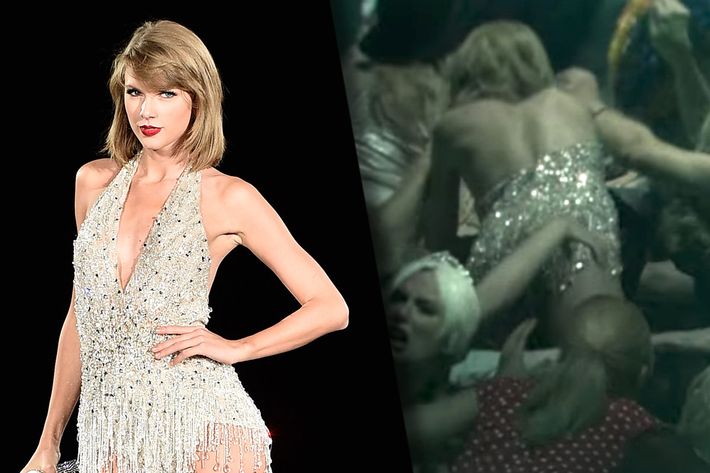 RIP MTV Video Music Awards Taylor (2015-2015)
Though it seems New Taylor stills cares about the VMAs just as much as the old one did. 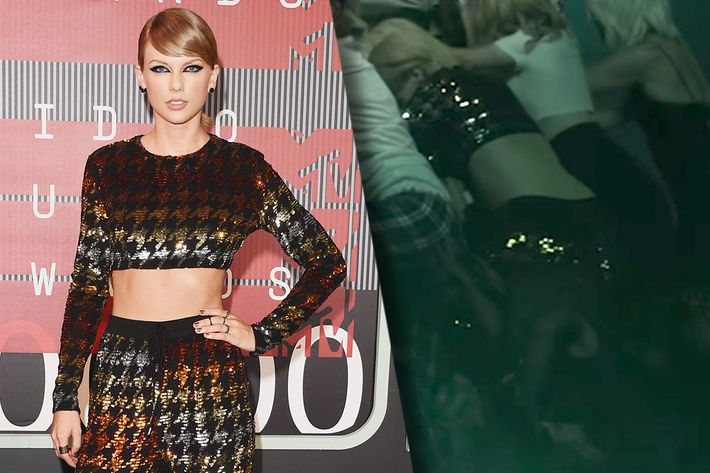 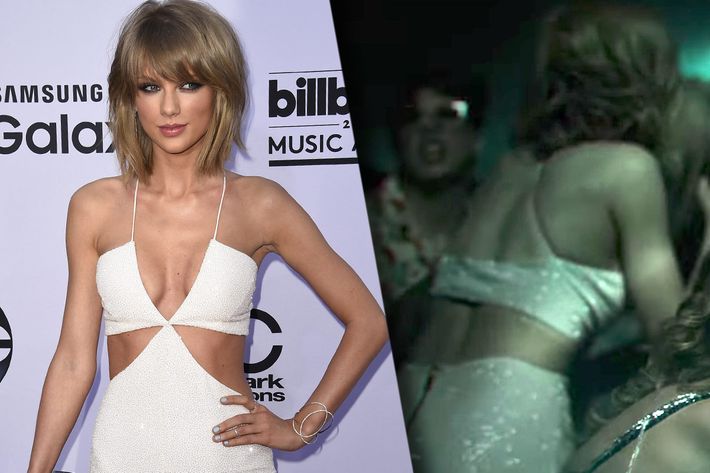 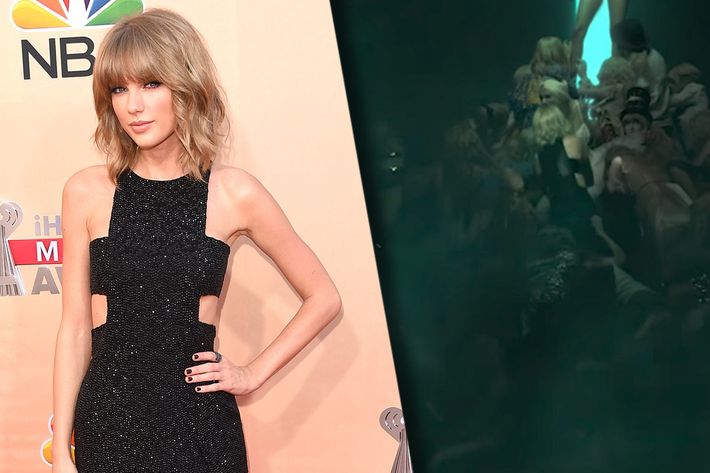 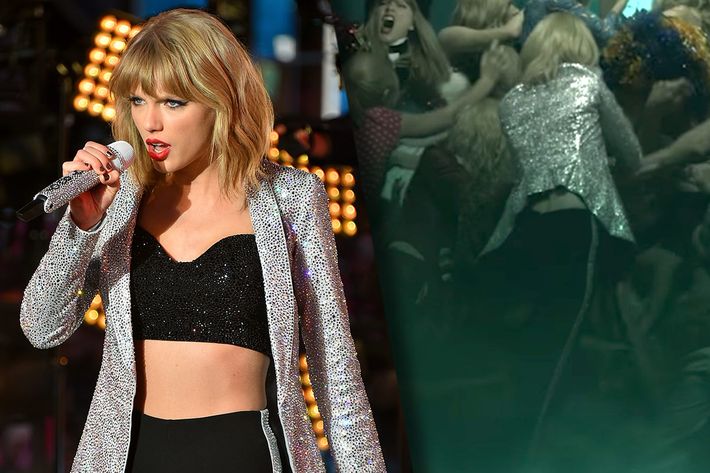 RIP “Blank Space” Taylor (2014-2014)
Rather than kill off the unhinged Taylor of that video, she sent up that video’s entire locale — now transforming her mansion of horrors into a dance floor with souvenir exes on display. (Not pictured, but no longer with us: Taylor in her floral gown from this video.) 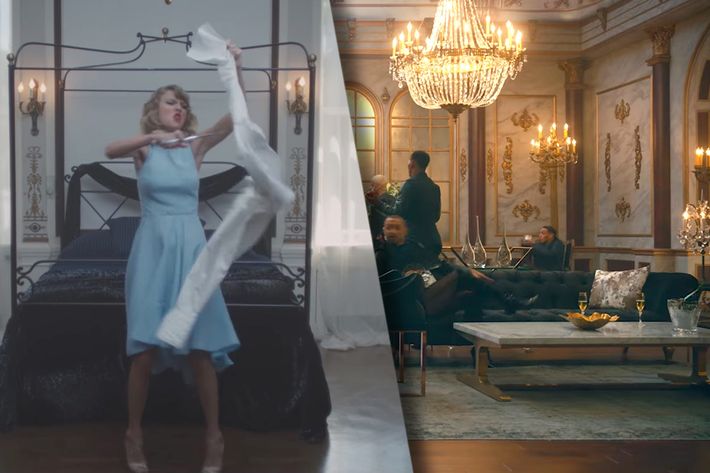 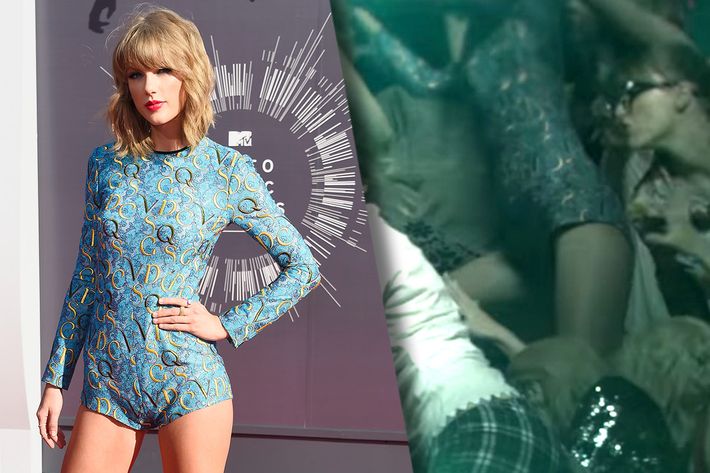 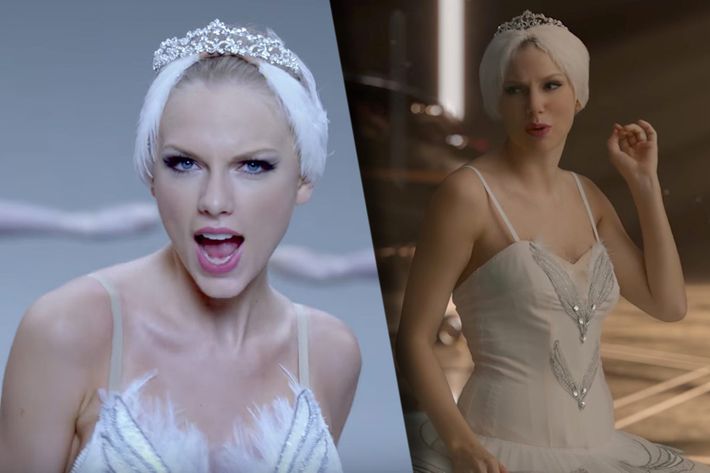 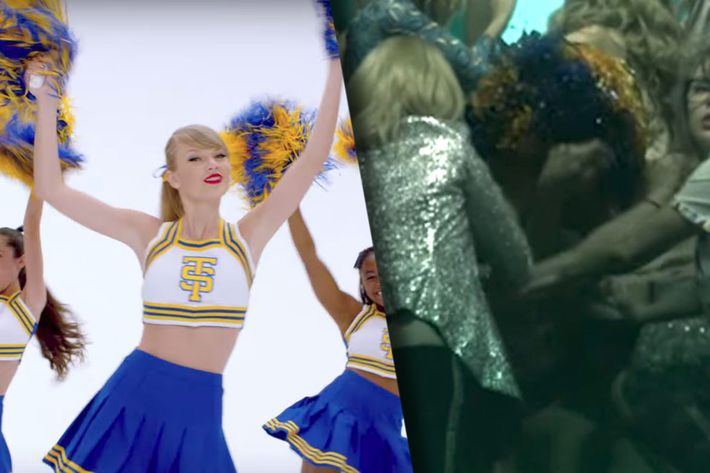 RIP Met Gala Taylor (2014-2014)
And just as Old Taylor’s life ends with a zombified “Out of the Woods” Taylor, buried in her coffin is what many consider to be the start of the 1989 era: her Met Gala appearance. 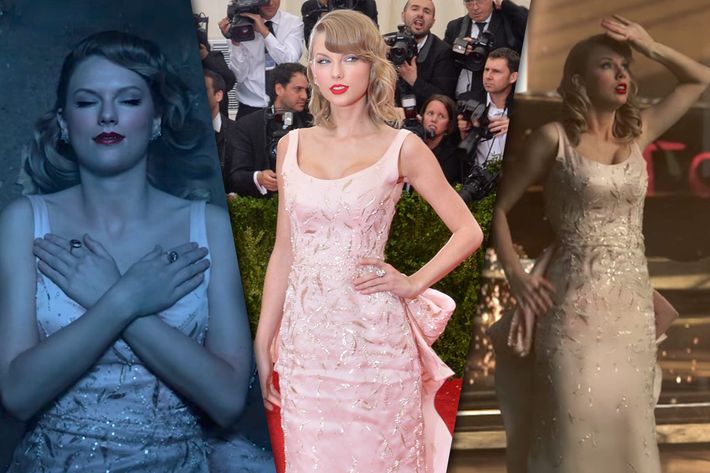 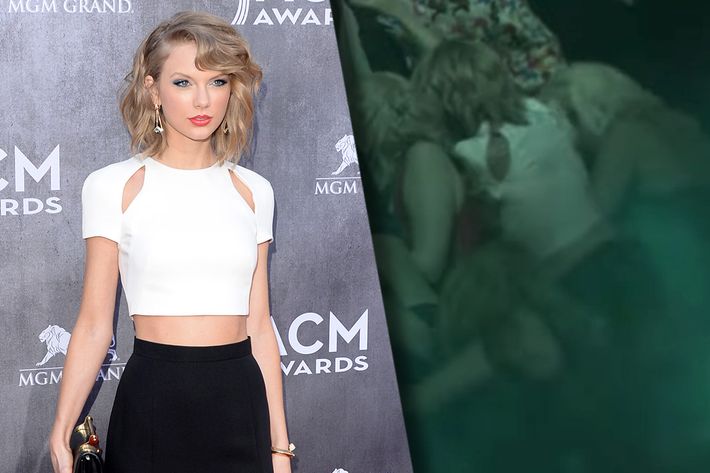 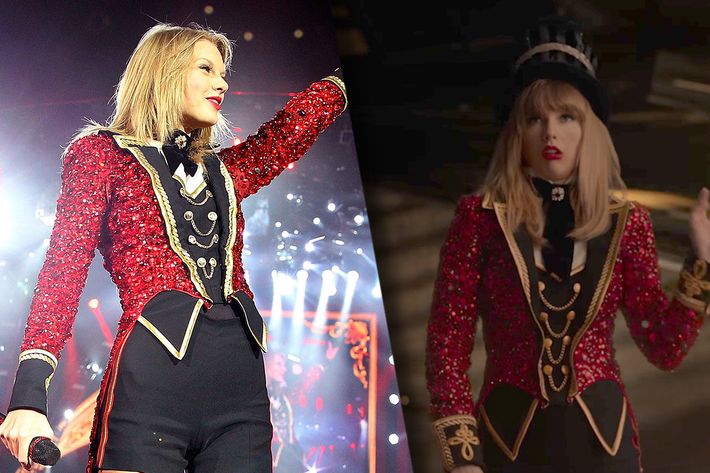 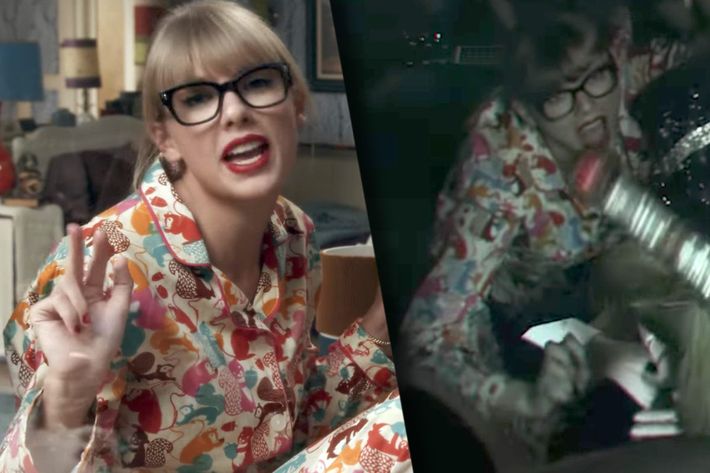 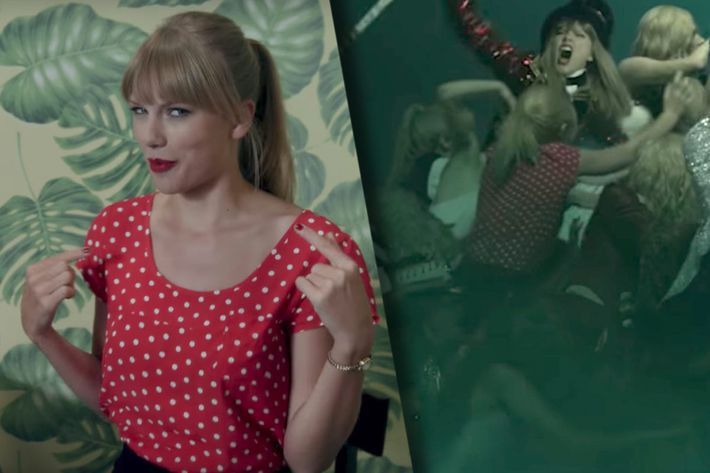 RIP Fearless Tour Taylor (2009-2010)
Teardrops on her guitar and all. (Not picture, but also dearly departed: Marching Band Taylor.) 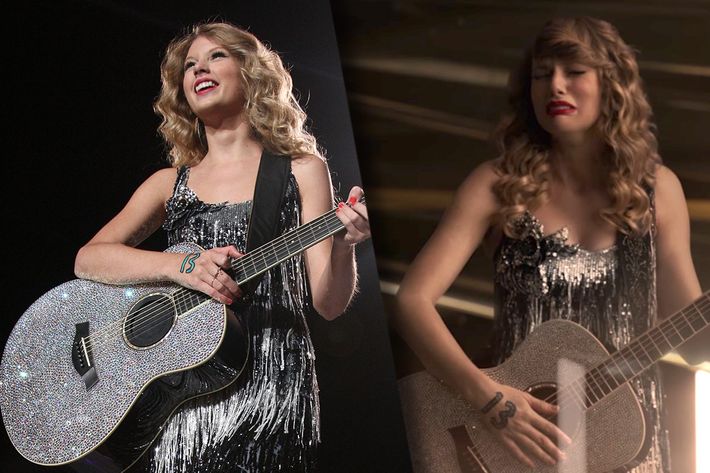 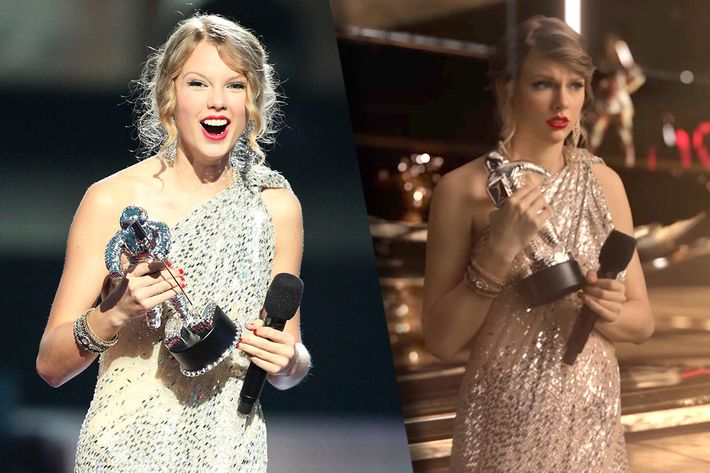 RIP “You Belong With Me” Taylor (2008)
Now, instead of dudes, New Taylor wears all her closest girlfriends’ names with honor. (Not pictured, but farewell to it, too: Prom Dress Taylor.) 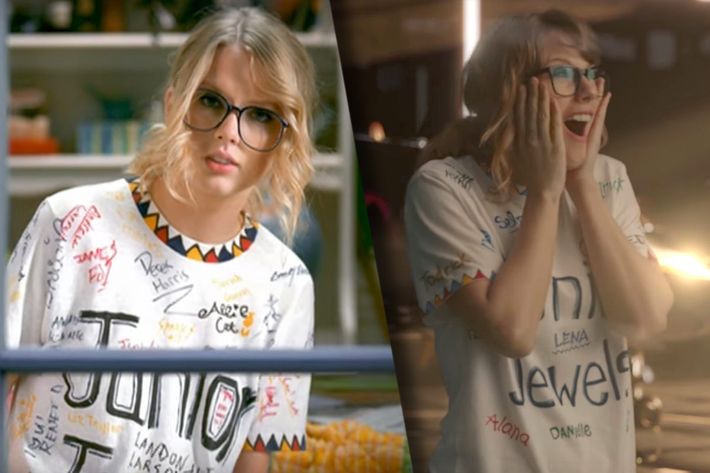 May we gather here forever to pay our respects.

chat room 2 mins ago
Jeffrey Pierce on His New Last of Us Role and Old Last of Us Themes “I think it’s interesting and powerful to force the audience to ask, Okay, who’s the villain here and who’s the good guy?”
grammys 2023 8 mins ago
Kim Petras Thanks SOPHIE After Historic Grammy Win “SOPHIE, my friend who passed away two years ago, who told me this would happen and always believed in me.”
grammys 2023 9:06 p.m.
All of Your Faves Are Dancing to Bad Bunny at the Grammys Taylor Swift’s awards-show dancing is back in 2023.
grammys 2023 9:03 p.m.
All the Best 2023 Grammys Red Carpet Looks  Lizzo, Doja Cat, and more make the whole place [*Taylor Swift voice*] shimmer!
trailer mix 9:01 p.m.
Jack Harlow Can’t Jump in the White Men Can’t Jump Trailer See him not jump on Hulu May 19.
grammys 2023 8:37 p.m.
Beyoncé Grants Grammys the Ability to Call Her Their Most Awarded Artist She’s now tied with Hungarian-British conductor Georg Solti.
grammys 2023 8:20 p.m.
Shania Twain Stole Harry Styles’s Outfit On the carpet for the 2023 Grammy Awards.
overnights 7:27 p.m.
1923 Recap: The Tedium of ‘the Tedium of Healing’ After a mid-season hiatus, it’s a bit lackluster to return to see the Duttons’ reinforcements heading to Yellowstone at a snail’s pace.
gamer girls 6:28 p.m.
Keke Palmer Is Streaming the Sims on Twitch Now Content warning, she has installed Wicked Whims.
last night on late night 6:23 p.m.
SNL Exploits Pedro Pascal’s Daddy Era We all knew it was coming.
award hoarders 5:15 p.m.
EGOT Watch: Who Will Be Next to Complete the Awards-Show Grand Slam? All Trent Reznor needs is a Tony.
grammys 2023 5:01 p.m.
Viola Davis Read Her Way to an EGOT After winning a Grammy for Best Audio Book, Narration, and Storytelling Recording.
grammys 4:00 p.m.
Which Old Video-Game Score Would Have Won a Grammy? Predicting past winners for the Recording Academy’s new music-in-gaming category.
bowen fan club 3:35 p.m.
Bowen Yang Is a Deflated, Distraught Chinese Spy Balloon in SNL’s Cold Open “I entertain you people for four days, and then get shot by Biden? Can’t believe I’m Joe’s Osama.”
high-five 2:16 p.m.
Woody Harrelson Is Joining SNL’s Five-Timers Club This Month And Jack White will become a five-time musical guest.
overnights 1:47 p.m.
Saturday Night Live Recap: Pedro Pascal Left No Crumbs The first great Saturday Night Live episode of 2023 has arrived.
it's-a-me 11:47 a.m.
Pedro Pascal Stars in SNL’s Big-Budget Mario Kart Trailer Chris Pratt, we have your competition on the phone.
grammys 2023 9:00 a.m.
The 2023 Grammy Award Winners Beyoncé and Brandi Carlile have both already scored wins.
your honor Yesterday at 8:04 p.m.
Reese Witherspoon Hints at Elle Woods and Paulette Reunion for Legally Blonde 3 “There is no Legally Blonde 3 without Jennifer Coolidge.”
same Yesterday at 5:56 p.m.
Adele Is Going to the Super Bowl ‘Just for Rihanna’ Does she need a 1+?
More Stories