Looks the same to us!

In Wet Hot American Summer: Ten Years Later, the counselors of Camp Firewood live up to their promise to meet again and see what kind of people they’ve become a decade after their big, eventful summer of 1981. The new season of Netflix’s Wet Hot TV series also takes places ten years and eight weeks after the first season, First Day of Camp, which acted as a prequel to the original film, even though the actors were all 14 years older. To help you keep track of this confusing chronology — and also, importantly, to see how well this cast has aged — Vulture put together looks at all the key players then (in the original film, on the left), then (in the first season, in the middle), and now (in Ten Years Later, on the right). 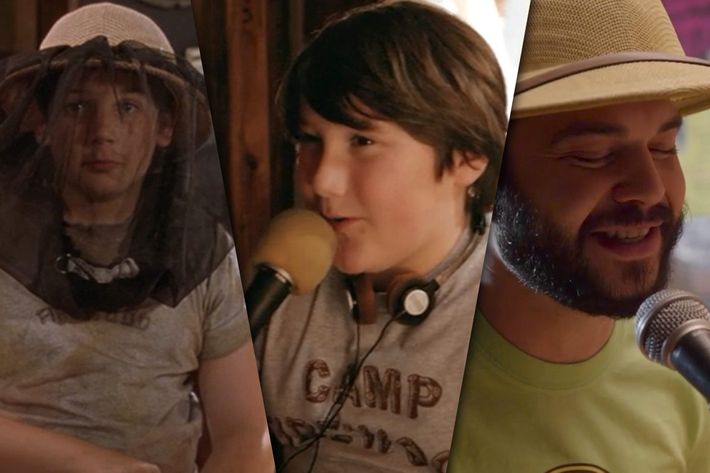 Wet Hot cycled through two different child actors, whose voices were both dubbed by Samm Levine, in its two installments. Now, it finally gives us Samm Levine in the flesh in Ten Years Later. Yep, Arty’s still manning the controls of Camp Firewood’s broadcast facility in the ’90s. And guess what! He showered “just last week.” 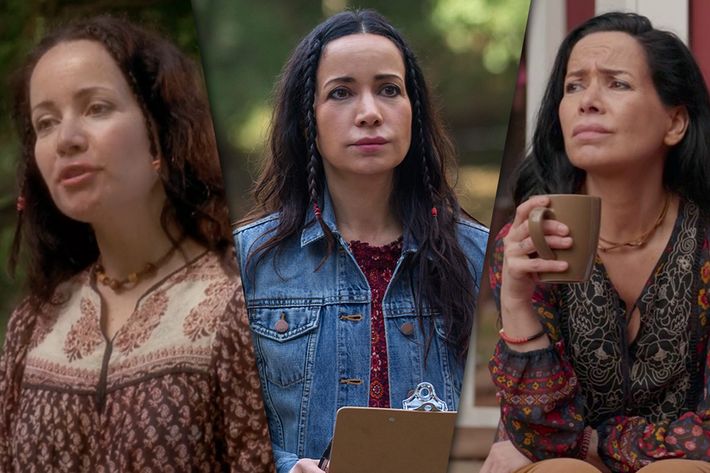 After saving Camp Firewood twice in one summer, Beth has stuck around as the camp director ten years later, though it’s now in dire financial straits. At least she’s maintained her commitment to carrying around clipboards. 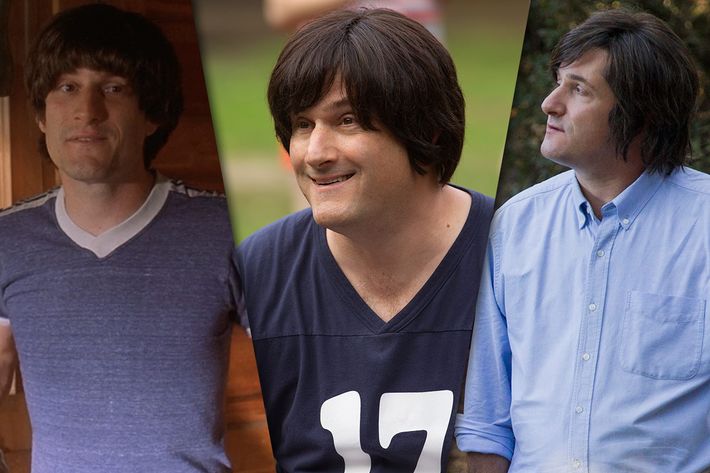 Coop spent his first day of camp under the thumb of his then-girlfriend Donna (Lake Bell) and the last day of camp crushing on Katie (Marguerite Moreau). He returns to Firewood a decade later as an engaged novelist with writer’s block, though he’s still dealing with unresolved feelings for Katie. 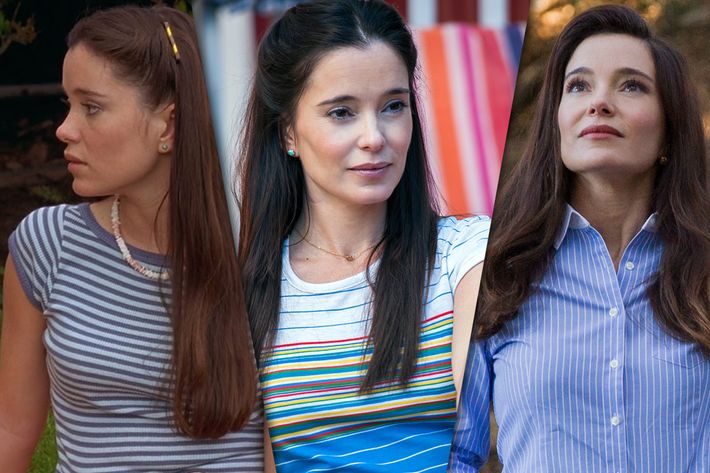 When we revisit Katie in Ten Years Later, she’s hard at work trying to pin down what the year’s hot fall color will be. This 20-something Katie has grown into a classic 1990s power dresser, a far cry from her roots starring in Firewood’s production of Electro-City and making out with Andy. 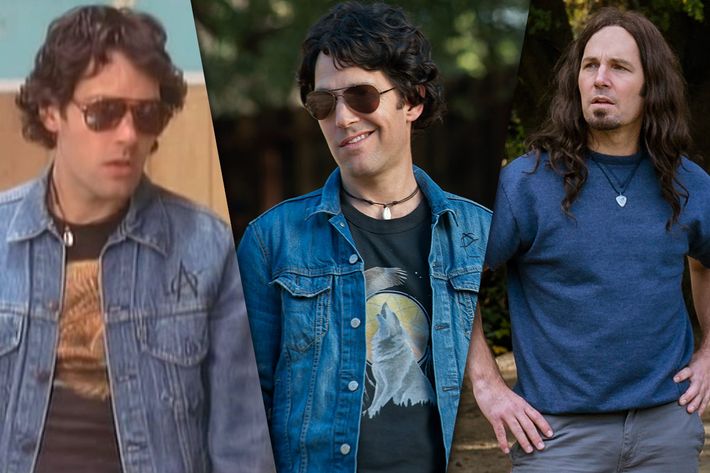 Paul Rudd never ages, but Andy is starting to burn out. By the time he makes it to Firewood’s ten-year reunion, he’s still clinging onto the cool persona he adopted at camp — and even challenges a current teenage camper to a contest for the title of King of Camp. 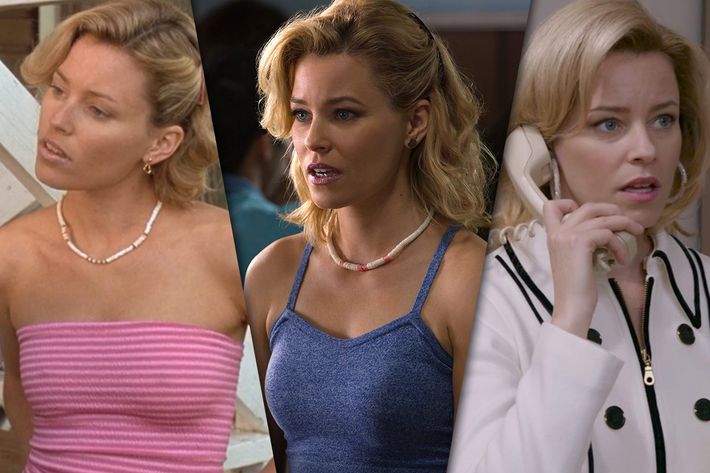 In First Day of Camp, we discover that Lindsay went from being an undercover journalist to an ordinary camper over the course of a single summer. By the time Ten Years Later rolls around, she’s back in journalism again, diving into yet another conspiracy surrounding Ronald Reagan and Camp Firewood. 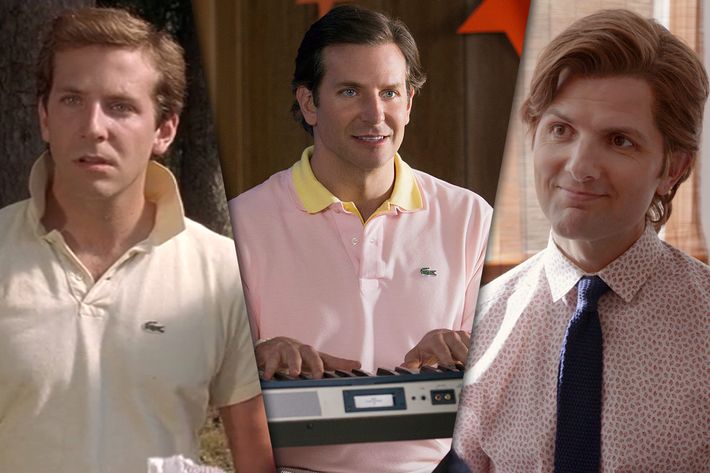 Ben and McKinley’s love is the constant that holds Wet Hot American Summer together, and it remains as strong as ever ten years after their wedding at Firewood. Ben is an architect now, but despite a little nose job to fix a deviated septum, he is in no way visibly different. 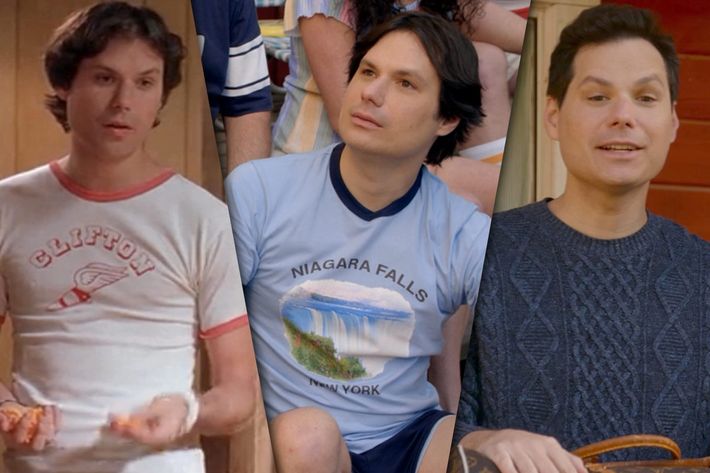 McKinley and Ben bring their kid to their camp reunion, alongside their creepy babysitter Renata (Alyssa Milano), whom McKinley doesn’t trust. 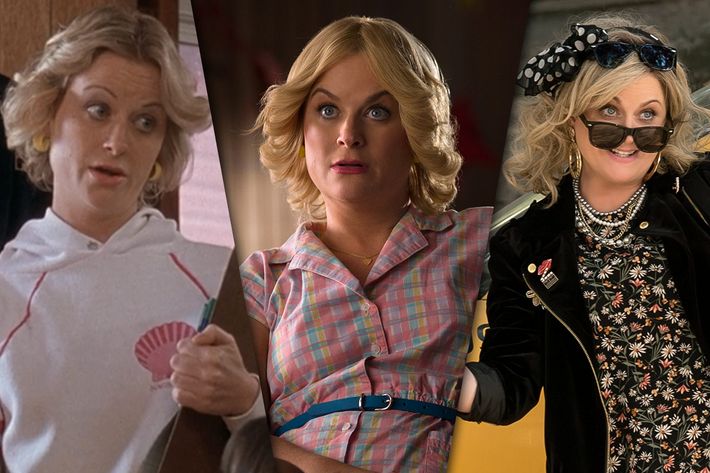 From her humble roots as the producer — er, director-slash-choreographer — of the Firewood talent show, Susie has grown up to be a Hollywood big shot, producing-slash-co-executive-producing a movie starring her beau, Garth (Jai Courtney). 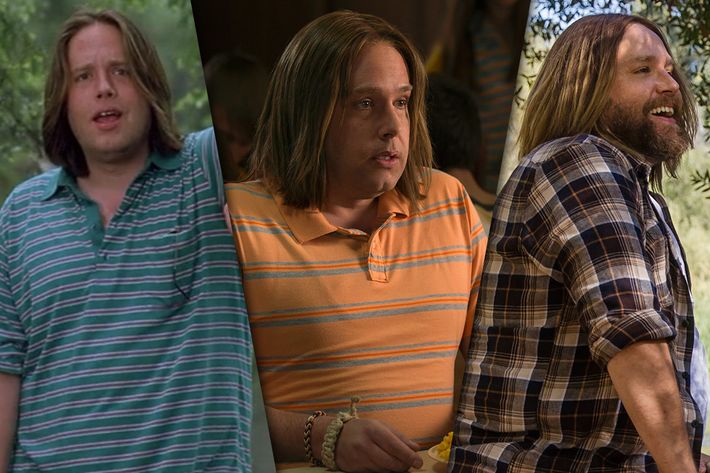 The wig is back! Although J.J. hasn’t been busy cutting his hair, he’s grown into that classic ’90s archetype: the film-snob video-store employee. 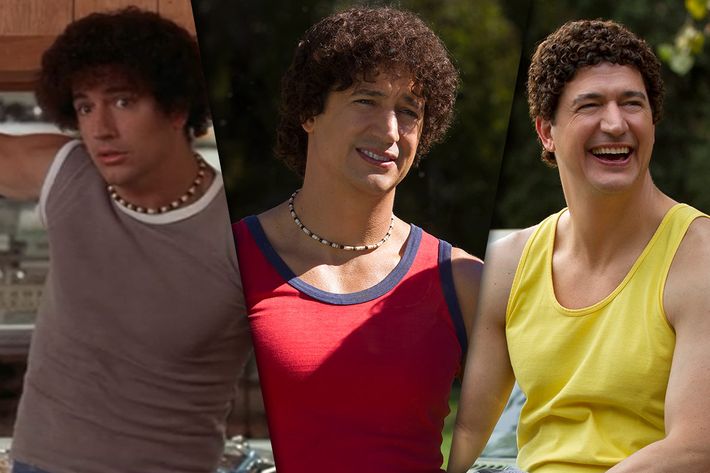 Take it from Victor: Once you pretend you’ve had sex, it’s really, really hard to break the habit and actually have sex. Victor may get tons of tips as a shirtless bartender (maybe even more so than Paul Rudd, Ken Marino does not age), but it turns out that underneath all that swagger, he’s still a virgin. 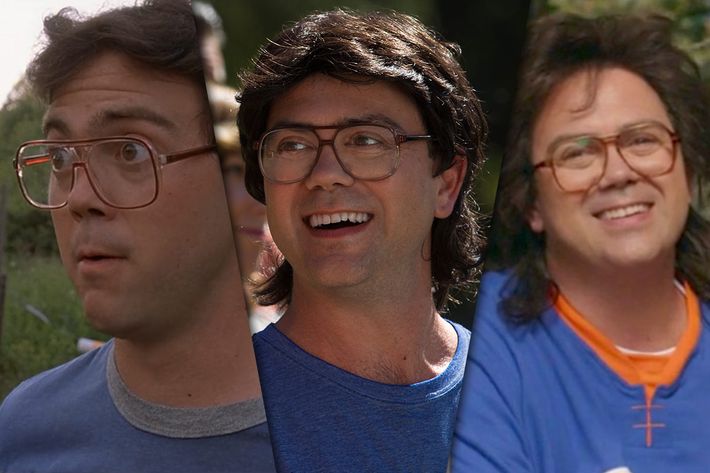 Neil really did hook up with his high-school girlfriend Shari (Joe Lo Truglio’s real-life wife, Beth Dover), but at the beginning of Ten Years Later, they’ve just broken up. Her new boyfriend is a professor at Columbia University, and he takes her to classy places in midtown. Poor Neil. 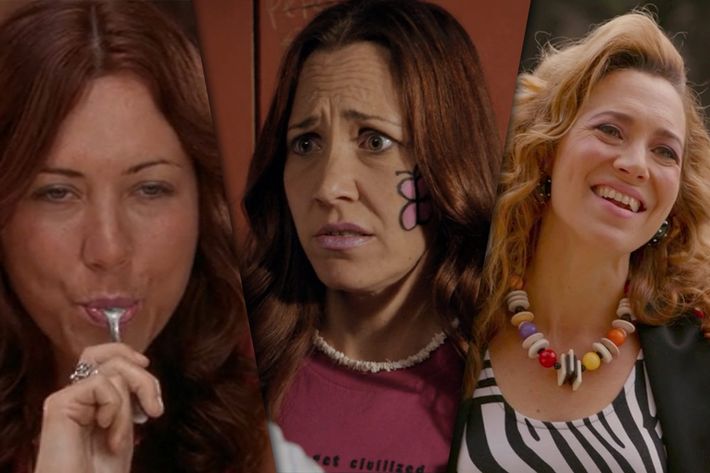 In First Day of Camp, we saw Abby transform from childlike camper to the sex-crazy counselor we met in the Wet Hot film. In Last Day of Camp, she’s found a career as a sex columnist living in the city, who’s returned to Camp Firewood because, perhaps, she has one more story left to tell. 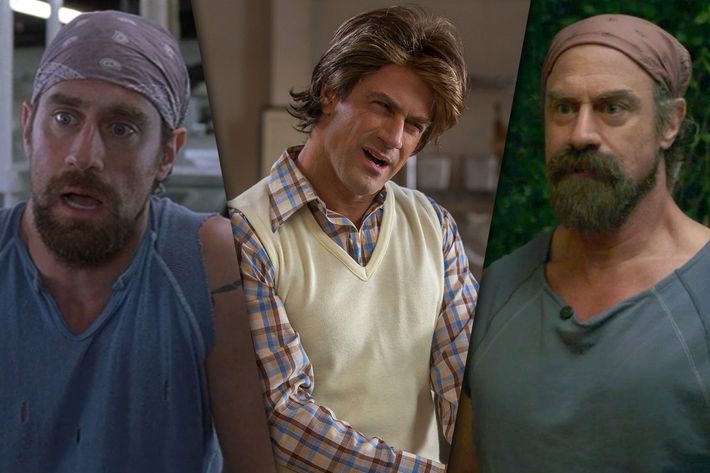 He was dumped by Gail on the first day of camp, and then transformed into the bandanna-wearing chef we saw in the film. Ten years later, Gene has left the camp behind, but when Firewood falls into danger yet again, Mitch drags him back, in the way only a can of vegetables ever could. 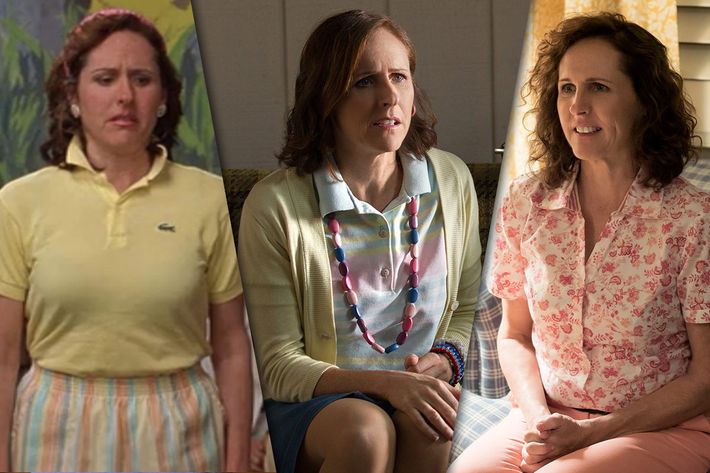 Like Gene, Gail has carved out a life of her own away from Firewood, but that all gets interrupted when he stops by for a surprise visit and meets her daughter, who looks awfully familiar. 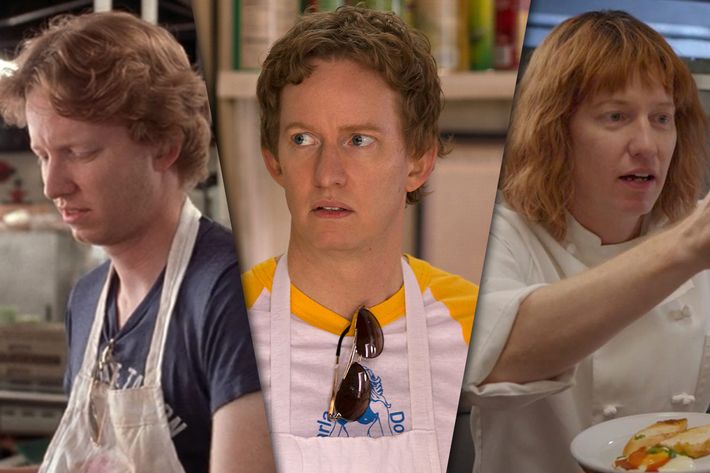 After spending some time under the tutelage of Jonas/Gene in the Firewood kitchen, Gary has taken on a career as a real-life chef. 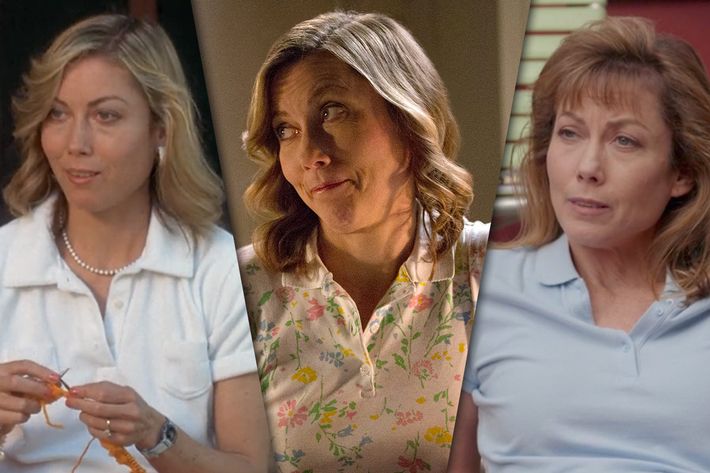 Nancy stuck around Camp Firewood, and she’s always ready if you ever need a diaphragm. Also, she’s got a little side thing going on with Mark (Mark Feuerstein), who has definitely been around this whole time. 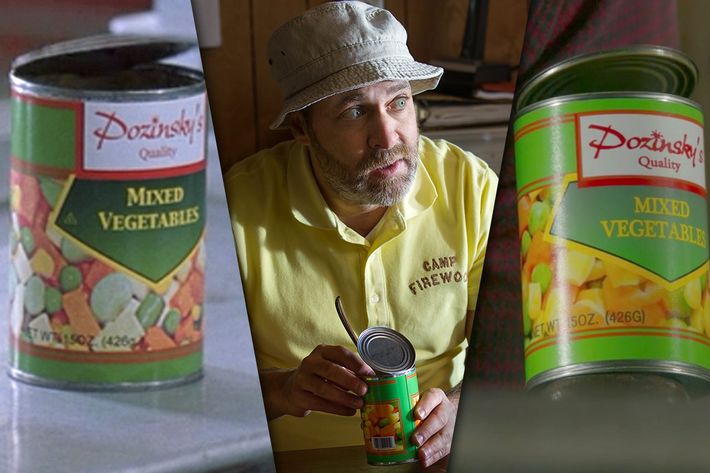 H. Jon Benjamin voiced a can of mixed vegetables in the original film. In First Day of Camp, we learned that he was once a real man. In Ten Years Later, he’s still that can of vegetables … but after a lot of physical therapy, he’s learned how to walk. He still can’t type, though.

+Comments Leave a Comment
See the Wet Hot Cast Then, Then, and 10 Years Later