For the few characters who live long enough to survive several seasons on Game of Thrones, change is inevitable. Daenerys has gone from a naïve girl with an arranged marriage to the Mother of Dragons; Arya went from a cute child to a face-shifting assassin; Sansa turned from a true Lannister believer to an abused political hostage to the Queen of the North. More than any other GOT character, though, that tendency to evolve is especially true of Cersei Lannister.

Cersei has held many different roles on the series, but she’s also unusually great at being more than one thing at once. In the earlier seasons, she was forced to pivot from sidelined daughter to stage mother, depending on context and circumstance. She’s often been defined by her relationships with others, too: She’s a wife and she’s a sister, but she’s rarely been allowed to just be her own person. Now, in season seven, things have changed yet again. So which Cersei is the best? Let’s find out. 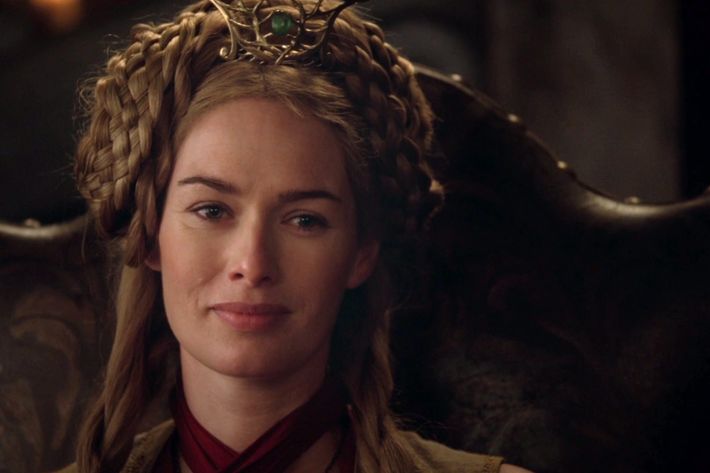 Cersei’s opening position in Game of Thrones is not worthy of her talents or indicative of her full range of skills. With her husband still alive and her father controlling the Lannister fortunes, Cersei’s primary role at the beginning of the series is to negotiate power by finding the right wife for Joffrey. Plus, inventing increasingly vertical hair sculptures. 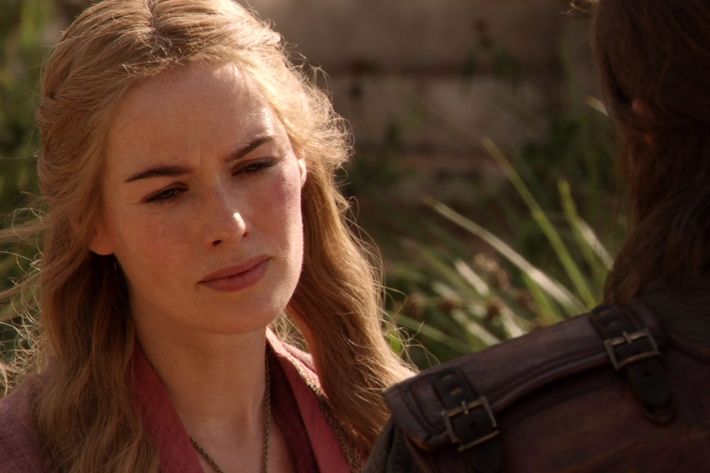 Hand-in-hand with her role as Joffrey’s matchmaker, we catch a glimpse of exactly why Cersei’s wifely role is so upsetting. King Robert Baratheon beats her, he’s never loved her, and she’s trapped in a terrible marriage for political power. Embittered Cersei does get some iconic lines, though. 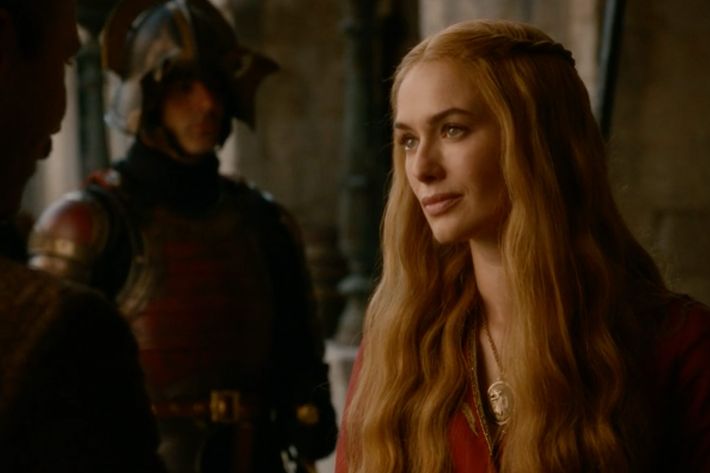 After Joffrey ascends the throne, Cersei suddenly has new power. She isn’t actually in charge, but she has more influence over Joffrey than she ever did over Robert. Of course, like any stage mom, the job is part “living vicariously” and part “how do I control this monster I created?” 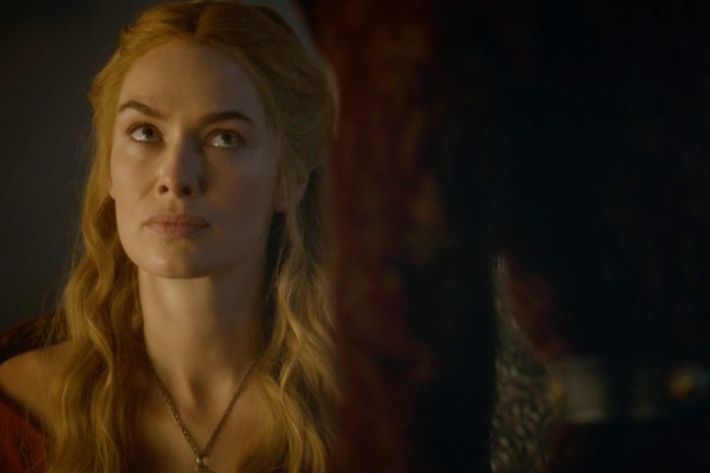 Stage-Mom Cersei was all about furthering her own interests while stopping Joffrey from slaughtering anything with a heartbeat. Not-Quite-Queen Cersei is stuck trying to navigate the tricky competing forces of her son and her father, Tywin. Prevented from simply enacting her own will, Not-Quite-Queen Cersei crushes those beneath her and picks up the pieces of whatever disaster happens along the way. “Knowledge is power,” Littlefinger tries to tell her. “Power is power,” she snaps back. 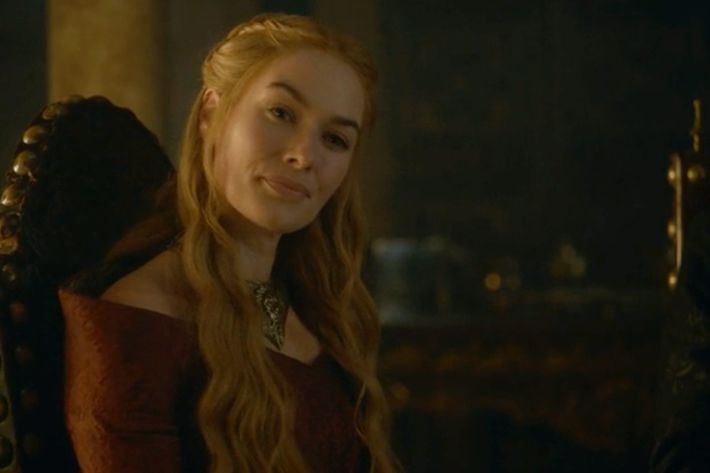 As though trying to balance the desires of her father with the whims of her son weren’t enough, Cersei also spends a great deal of time jockeying for power with Tyrion. (When she’s not trying to torture him, that is.) The peak moment of Sibling Rivalry Cersei is a beautiful, wordless sequence in season three. 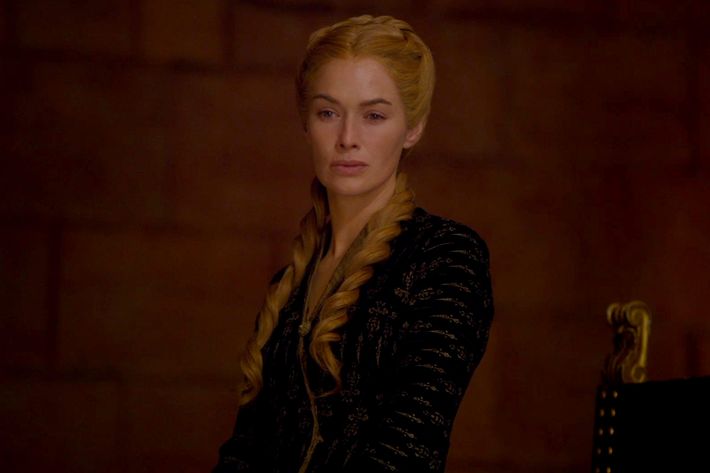 Never exactly cheerful, Cersei takes a sharper turn into darkness once Joffrey dies on his wedding day. Mourning Cersei ping-pongs between desperately clutching at Tommen and vowing revenge on whoever poisoned Joffrey. She’s newly aware of her family’s vulnerability, and is intensely protective of her remaining children. 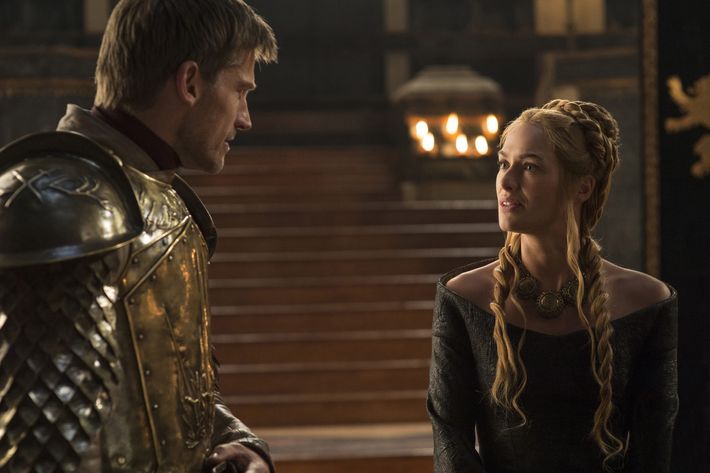 Cersei’s relationship with Jaime has always been an undercurrent of GOT. It’s the worst-kept secret in Westeros, but it stays mostly under wraps in the show’s earlier seasons. (There are a few notable exceptions; sorry Bran.) But after Joffrey’s death, Cersei cares less about propriety, and when she’s finally reunited with her brother in King’s Landing, Twincest Cersei makes more frequent appearances. 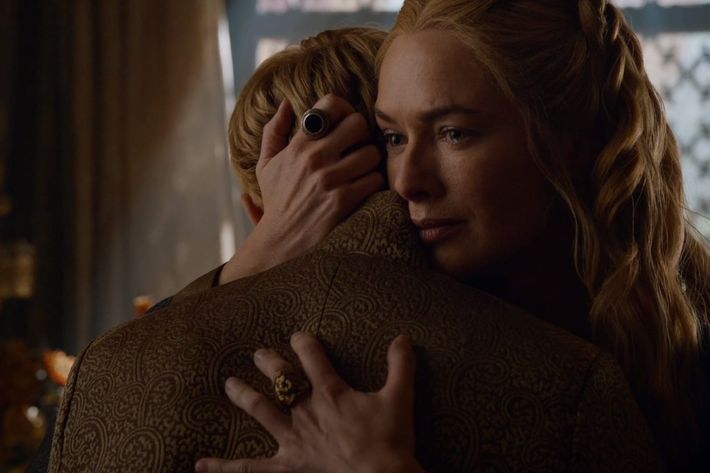 The thing about frantically trying to maintain control over your only remaining son is that he’ll start to resent you, especially if you become a wedge between him and his new wife. Short version: Cersei tries her best to once again protect those she loves. It does not go well. 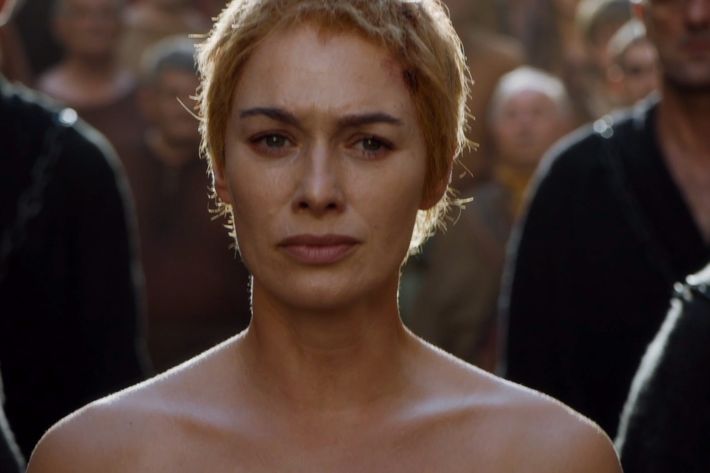 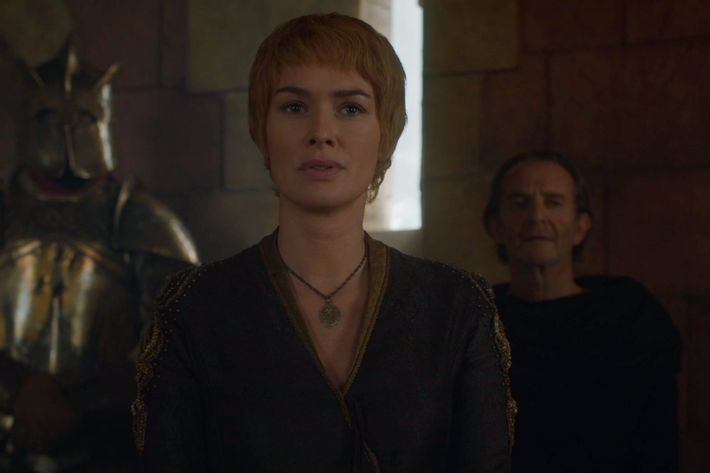 You can’t just go straight from Shame Cersei to a full comeback. It takes time to plot your revenge, especially when King’s Landing is full of religious zealots working against you. On-the-Outs Cersei also has to negotiate with the powerful Tyrell family, so she spends a lot of time suggesting and requesting, rather than just doing things for herself. 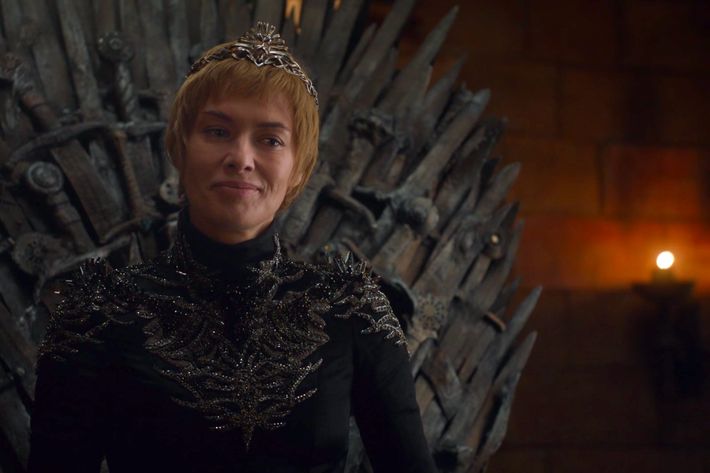 From the ashes of Shame Cersei and On-the-Outs Cersei, Goth Cersei rises more powerful and more unyielding than ever before. It comes at terrible personal cost, but Goth Cersei isn’t content to just sit next to the Iron Throne. That chair is hers now, and aside from her symbolically useful but not particularly flattering haircut, this new, unflinching, “burn it all down” Goth Cersei is the best iteration we’ve seen yet. Power becomes her.

In Defense of Cersei Lannister

+Comments Leave a Comment
Which Cersei Lannister Is the Best?

sundance 2022 21 mins ago
Evan Rachel Wood Says She Was ‘Raped On-Camera’ by Marilyn Manson “I was coerced into a commercial sex act under false pretenses.”
remakes 12:02 a.m.
Disney’s Live-Action Snow White ‘Makes No Sense’ to Peter Dinklage “You’re progressive in one way, but you’re still making that fucking backwards story of seven dwarfs living in a cave together.”
overnights Yesterday at 10:30 p.m.
Summer House Recap: Red, White, and Lewd It’s the Fourth of July, and everyone is doing their patriotic duty by trying to get laid or having relationship drama.
overnights Yesterday at 10:25 p.m.
The Gilded Age Series-Premiere Recap: Keeping Up With the Astors The long-awaited The Gilded Age has arrived, and we’re jumping into a charming era of corruption, greed, corporate monopolies, and industrialization.
the gilded age Yesterday at 10:00 p.m.
Did You Know This Is a Gummer? One crucial thing to consider about The Gilded Age.
the law Yesterday at 9:03 p.m.
Cardi B Wins $1.25 Million in Defamation Lawsuit Against Tasha K The rapper previously testified that the blogger’s claims made her feel suicidal.
overnights Yesterday at 9:00 p.m.
Below Deck Recap: Testy and Tacky It’s the last charter of the season, and the crew is over it!
this! is! huge! Yesterday at 7:30 p.m.
Amy Schneider Achieves Jeopardy!’s Second-Longest Winning Streak Thirty-nine games later!
red table (taylor's version) Yesterday at 6:47 p.m.
Taylor Swift’s Songwriting Skills Are a Blur to Damon Albarn “Your hot take is completely false and SO damaging,” she responded on Twitter.
cut to the feeling Yesterday at 5:54 p.m.
Now We Know Who Would Win If James Bond Fought a Ring Light Daniel Craig met his match during a Zoom interview.
chat room Yesterday at 5:47 p.m.
Euphoria’s Eric Dane Is Building ‘Cal 2.0’ “Last year, Cal was very contained, very protected, very cautious. This season, he gets cut loose a bit.”
disrespect the classics Yesterday at 5:33 p.m.
Eric Clapton Thinks We’ve Been Hypnotized Into Getting Vaxxed And it’s his “calling” to talk about it.
drip drip drip Yesterday at 5:30 p.m.
Finally, The Correct Encanto Song Has Broken Into the Top 10 “Surface Pressure” fans, hello.
lingering questions Yesterday at 4:05 p.m.
11 Burning Questions About Ozark’s Final Act The final season’s first half has left us with plenty to ponder about how the saga of Marty and Wendy Byrde will conclude.
chat room Yesterday at 2:32 p.m.
Righteous Gemstones’ Tim Baltz Shares All the Details of BJ’s Lynchian Baptism “He feels like a special little boy in that outfit, so why not twirl?”
robert gober Yesterday at 12:45 p.m.
What I Saw in Robert Gober’s Mirror Gazing into his new work was like seeing the wreckage of the recent past — the pandemic, protests, a country torn apart, and my own internal disarray.
vulture 10x10 Yesterday at 12:00 p.m.
The Golden Puzzle 22-Across: TV network home to Housewives and hustlers.
announcements Yesterday at 12:00 p.m.
Introducing the Vulture 10x10 Daily Crossword So we heard you like daily word games.
"going out like mr. big" Yesterday at 11:51 a.m.
Billions Gave Peloton PR Another Heart Attack And once again, the exercise-bike company says it wasn’t consulted.
copper pipes Yesterday at 11:41 a.m.
Off Broadway’s Perfect Crime Is at the Center of Actual Crime On the upside, Catherine Russell got to see a Broadway show.
More Stories