In the case of whether Taylor Swift’s “Look What You Made Me Do” music video borrowed visual cues from Beyoncé’s “Formation” video, “LWYMMD” director Joseph Kahn thinks he has a new piece of evidence to the contrary. The key to the case, according to Kahn? Who wore black crop tops first. “It’s not ‘Formation’ at all,” Kahn told the Los Angeles Times. “They try to say she’s wearing a black crop top and Beyoncé wore a black crop top. But they don’t realize in 2015 in ‘Bad Blood,’ Taylor Swift was wearing a black crop top. I really do think, by the way, that Beyoncé copied ‘Bad Blood.’” Kahn declined to give more specifics, so we’re here to investigate this truly important matter further.

Beyoncé stans say Swift’s black leotard plus the shot of her with an army of male backup dancers on both sides mimics a similar shot from “Formation”:

Whether you consider Beyoncé’s sleeveless top a true crop top, as Kahn seems to suggest, is your prerogative. But to suggest Bey wasn’t wearing them before “Bad Blood” was released in 2014 doesn’t track. Here’s Beyoncé in a Pepsi commercial wearing a black crop top under a black see-through shirt look similar to Taylor Swift’s in 2013: 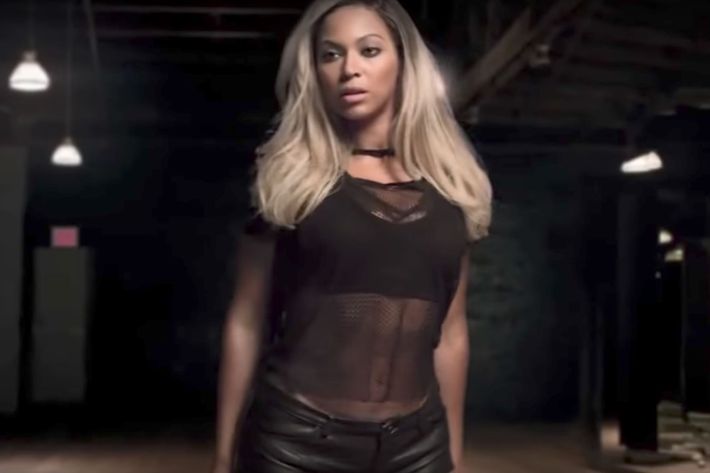 And here’s Beyoncé again, wearing a black crop top and black leather pants in Destiny’s Child’s music video for “No, No, No Pt. 2” all the way back in 1998: 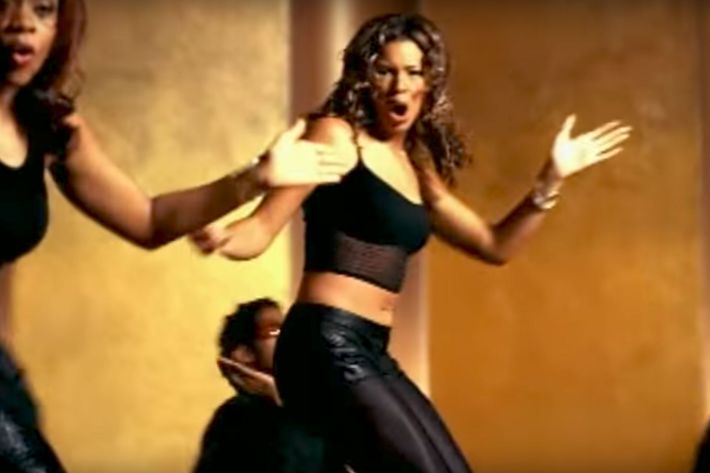 Look what you made us do. Can we drop all this crop top talk now?

the law 5 mins ago
Bill Cosby Sued by 5 Women for Alleged Sexual Assault NBC Universal is also a defendant.
tributes 2:28 p.m.
Kirstie Alley Remembered by Cheers Cast and More Celebrities “I am so sad and so grateful for all the times she made me laugh,” Ted Danson said.
overnights 2:18 p.m.
Southern Hospitality Recap: One Fish, Two Fish, Drunk Fish, Who?? Fish I trust Bravo implicitly — meaning I’m trying my absolute damnedest not to question Southern Hospitality’s choices … yet.
don't stop him 2:18 p.m.
Bono Takes the ‘Highway to Hell’ in the Middle of the National Cathedral Look, the guy really loves AC/DC, okay?
into it 2:00 p.m.
‘Auntie Will Never Retire’ Sheryl Lee Ralph has big plans for her post-Emmys career, so long as the younger generations keep hiring her.
jazz improvisation 1:41 p.m.
Margot Robbie Saw an Opportunity to Kiss Brad Pitt and Took It She said while promoting Damien Chazelle’s new film, Babylon.
vulture recommends 1:28 p.m.
Catch Me If You Can Is a (Lonely) Christmas Movie It’s the most accurate representation of Christmas from the adult perspective.
vulture 10x10 12:31 p.m.
The K-Horror Puzzle 12-Across, Three Letters: Chihuahua who could use some therapy.
late night 12:30 p.m.
The Daily Show Will Feature Celebrity Guest Hosts Until Fall 2023 The all-star line-up includes Leslie Jones, Al Franken, Chelsea Handler, Sarah Silverman, and Hasan Minhaj.
herbie fully loaded 12:17 p.m.
Fred Armisen Wants to Host the Oscars for Cars Bip bip.
vulture lists 12:00 p.m.
The Best Books of 2022 Yes, this list features more than one book set in a postapocalyptic world, but have you looked around lately?
respect the classics 11:37 a.m.
Neil Diamond Gives Us One Last Performance and It’s So Good, So Good The singer-songwriter, who’s living with Parkinson’s disease, had a surprise for his musical’s opening night.
collaboration 11:02 a.m.
Henry Koperski Waves Good-bye to Musical Comedy “If someone wants to write a big check for me to write more musical comedy I will, but it’s no longer something that comes from my heart.”
best of 2022 11:00 a.m.
The Best Podcasts of 2022 Forget the celebrity brand extensions. The art of podcasting is still as vibrant as ever.
karma's a relaxing thought 10:42 a.m.
Everything We Know About the Swiftie-Ticketmaster Lawsuit An attorney said more than 200 other potential plaintiffs have reached out since Friday.
best of 2022 10:29 a.m.
In 2022, Good TV Was a Gut Feeling Our critics break down what goes into naming the best of the year.
By Jen Chaney, Roxana Hadadi, and Kathryn VanArendonk
trailer mix 9:00 a.m.
Billie Piper Attempts a Comeback in the Trailer for I Hate Suzie Too The “anti-Christmas special” premieres on HBO Max December 22.
season's beatings 9:00 a.m.
Violent Night Was an Idea ‘Just Stupid Enough’ to Exist The guys behind the R-rated holiday shoot-’em-up still sound incredulous — not only that it overperformed but that it reached the screen at all.
By Chris Lee
gift guide 8:00 a.m.
Vulture’s 2022 Holiday Gift Guide Gifts for cinephiles, Industry stans, and Swifties who already have all the official merch.
overnights 8:00 a.m.
Welcome to Chippendales Recap: The Godfather IV The Chippendales’ expansion and Steve’s antagonism splinter the group further.
More Stories