Many a good comic. 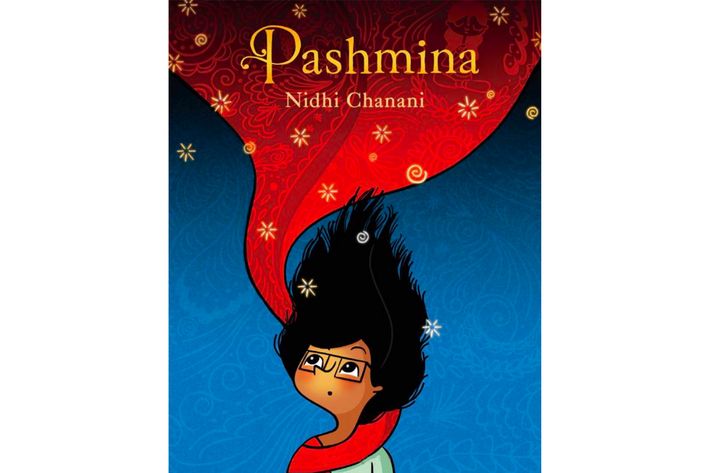 Pashmina by Nidhi Chanani (First Second)
There’s no shortage of literature about adolescents from immigrant families struggling with issues of identity, but a few factors allow Nidhi Chanani’s wonderful Pashmina to ascend above the crowd. The most obvious one for anyone flipping through the graphic novel is the clean, thick-lined artwork, which lives in an alternating hopscotch of monochrome and color, and renders the human form in a distinctive way that is both adorable and capable of evoking great anguish. Pashmina also stands out by breaking away from stereotypes about stoically disapproving immigrant parents and their America-loving children — instead, we get a daughter who finds a magical garment that allows her to have visions of her ancestral India and pushes her reluctant mom to let her visit. But the most crucial aspect of Pashmina is its exceptionally thoughtful meditation on the choices the world forces upon women in any society. At once magical-realist and slice-of-life, the book enchants in a way that only the finest comics for young people can. 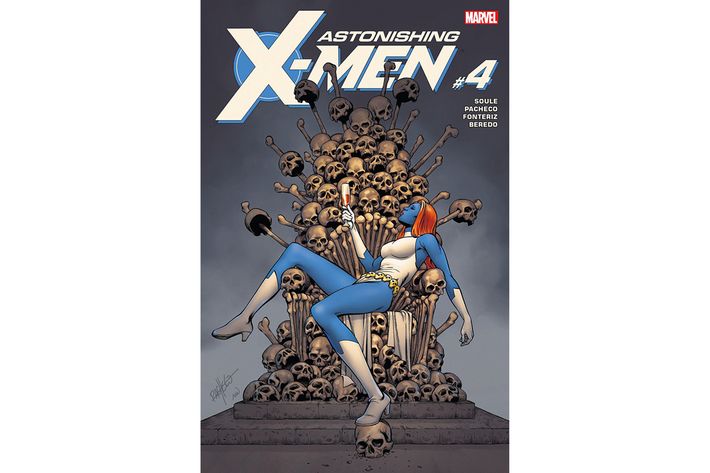 Astonishing X-Men by Charles Soule and various artists (Marvel)
It was touch and go for the X-Men for a few years. Thanks to some boring legal shenanigans, Marvel’s parent company, Disney, doesn’t have the film rights to the X-characters, and Marvel Entertainment CEO is rumored to have wanted to punish their rights-holders at Fox by downplaying the X-folks in Marvel’s comics output. For whatever reason, their days on the back burner appear to be over (perhaps because of a détente initiated by the partnership between Marvel Television and Fox on shows like Legion and The Gifted), and Marvel Comics has made a big splash with them this year. My favorite of the newly relaunched titles is Charles Soule’s Astonishing X-Men, a series that throws together a motley assemblage of X-persons for an adventure in the astral plane. Soule is one of the most reliably good scribes in the hustle right now, and a rotating cast of excellent creators performs the art duties — this month’s chapter is penciled by the fantastic Carlos Pacheco. 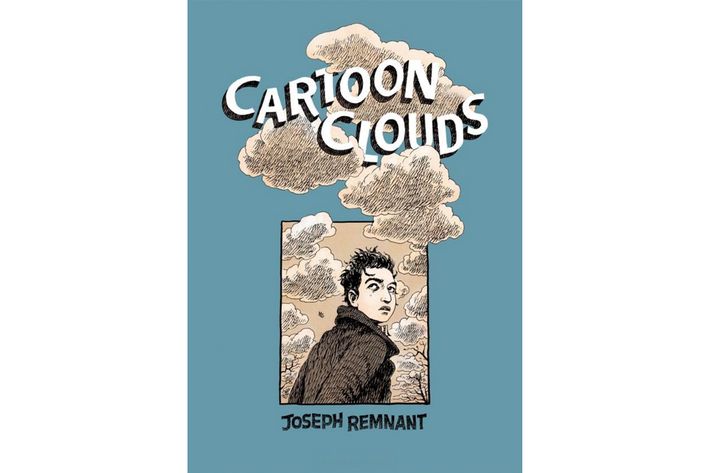 Cartoon Clouds by Joseph Remnant (Fantagraphics)
Portraits of artists as young men are always a dicey gambit in this day and age — after all, who needs another tale of a tortured 20-something trying to figure his shit out and find his creative groove? That said, Cartoon Clouds is an engrossing and beautiful riff on the venerable tradition of the modern bildungsroman. It follows a group of art-school classmates as they confront graduation and what comes after, and though a significant amount of time is spent analyzing a male lead named Seth, Cartoon Clouds is ultimately more of an ensemble drama than anything else. The narrative and character dynamics between the cohort of friends are by turns charming and chilling, but the best aspect of the tome is Joseph Remnant’s fantastic pen-and-ink work. Though he’s still a relatively new face in the comics scene, he establishes himself here as an up-and-coming wizard of texture, chiaroscuro shading, and emotional figure-work. 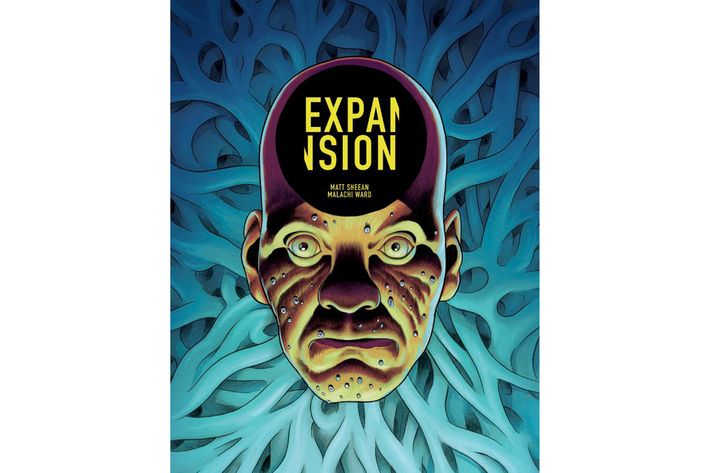 Expansion by Matt Sheean, Malachi Ward, and Simon Roy (AdHouse)
Dreamy comic-book sci-fi in the Moebius mode has been enjoying a small renaissance as of late, and Matt Sheean and Malachi Ward have been key players in it. In the pages of Island, Ancestor, and Prophet, the pair of writer/artists has conjured deliciously loopy imagery and storytelling, and they’re back with an impressive new graphic novella called Expansion. There’s ostensibly a plot about humanoid space travelers from 8 billion years in the past traveling to prehistory and influencing human evolution, but the story is somewhat beside the point. Like much of Sheean and Ward’s work, the joy here is to be found in losing oneself in the visuals, which weave and wave their way across the page, bringing well-acted faces into structures and landscapes of remarkable scope and imagination. Their use of negative space is particularly admirable, tossing us into infinite voids that transcend the limits of their paper boundaries. 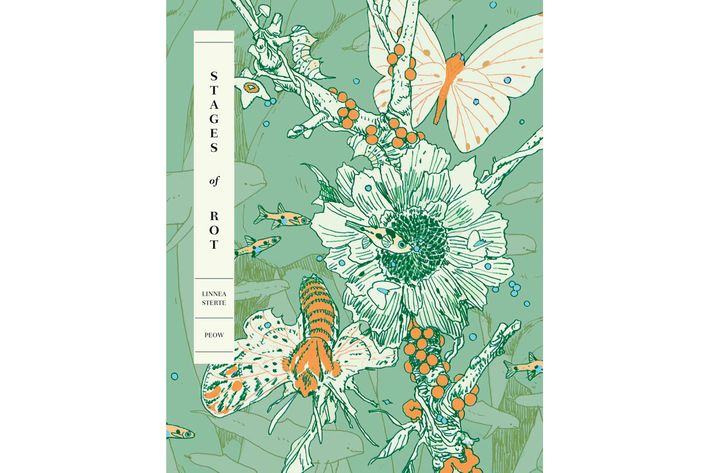 Stages of Rot by Linnea Sterte (Peow)
In the final pages of Linnea Sterte’s Stages of Rot, a man asks a humanoid creature, “Where did you come from? And why are you shaped like that — like a woman? What does it signify?” The creature replies, “Oh. I wouldn’t know.” That’s a decent summation of the graphic novella, which doesn’t make a lick of sense and will leave you asking question after question, if you let it. What’s the deal with the flying Orca whales? Why is a hummingbird poking its beak into a smiling person’s skull? What are we to make of text like, “Molds and fungi dig their mycelia into her skin and shroud her in a mist of spores. The latecomers — slow, quiet creatures — haunt this forest-without-trees”? I wouldn’t know. Nor do I care. This series of dreamlike vignettes about a world in which Earth’s creatures appear to be inverted in size and environment is breathtaking in its visual ambition and scope. Sterte is clearly a relevant new voice in the world of sequential art. 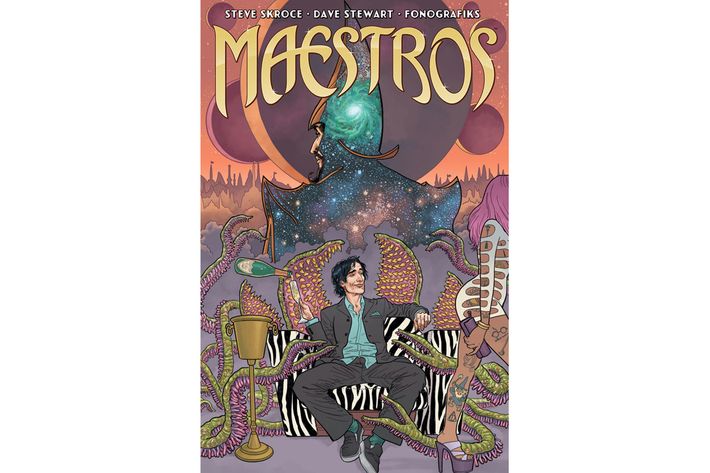 Maestros by Steve Skroce, Dave Stewart, and Fonografiks (Image)
Any new work from Steve Skroce is cause for celebration. The veteran draughtsman — perhaps best known as one of the designers for The Matrix — doesn’t put work out often, but when he does, it’s among the best eye candy out there. We were blessed with his and Brian K. Vaughan’s We Stand on Guard a few years ago, and now the master is back. Or should I say the maestro? He’s the writer and penciler behind Maestros, a gleefully irreverent fantasy title that follows the reluctant heir to a dynasty of magicians as he assumes the throne after the brutal murder of his father. But this isn’t stolid high fantasy — there’s copulation, phalluses, sex work, and some truly gruesome things being done to bodies. All the while, Skroce litters each page with deliciously detailed clutter and Dave Stewart makes it all light up with a paintbox he must have swiped from Merlin. To be fair, it is a story about a white guy who finds out he’s the Chosen One, but it promises to at least be a fun one. 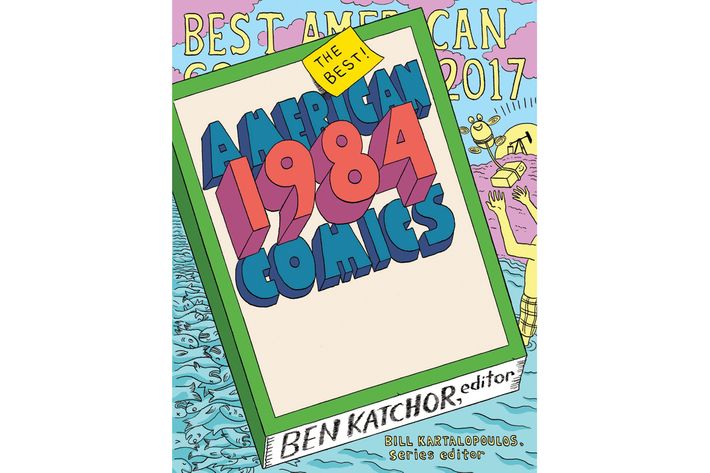 The Best American Comics 2017 by various, edited by Bill Kartalopoulos and Ben Katchor (Houghton Mifflin Harcourt)
Okay, okay, I suppose it’s cheating to put a best-of compilation on a best-of list, but this year’s Best American Comics is too good to pass up. It’s great from before it even begins in earnest — ever the Borges disciple, cartoonist Ben Katchor concocts four delightful fake documents about comics, including a harrowing pamphlet from the “National Society for the Prevention of Cruelty to Cartoonists” entitled “I Am a Cartoonist, Not a Mental Health Problem.” The creators protected by that society do quite well for themselves over the course of this volume. Luminaries such as Joe Sacco, Bill Griffith, and Ed Piskor are all in attendance, but pay attention to the work of the slightly lesser-known talents: the cheerful body horror of Ben Duncan, the medium-stretching abstraction of Deb Sokolow, the evocative diaries of Gabrielle Bell, the hard-core punk inks of Josh Bayer, and the charming crudity of Sienna Cittadino, just to name a few of the more memorable entrants. 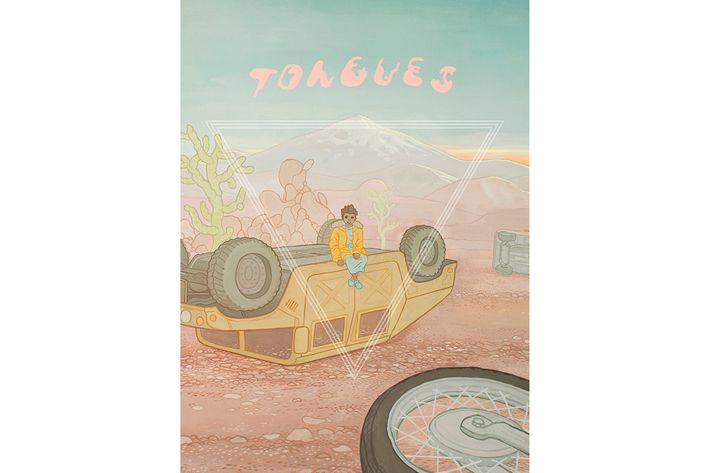 Tongues by Anders Nilsen (Self-published)
We live in a fallen world, but perhaps we can take some comfort in the knowledge that that’s nothing new. Millennia ago, Aeschylus wrote of humanity’s inherent fallibility and venality, and today, the brilliant Anders Nilsen is bringing us a rendition of three of the Greek tragedian’s tales in one utterly gorgeous comic. Tongues brings together a trio of short stories set in what his website describes as “a version of modern Central Asia,” but what feels more like a kind of hyperreal contemporary dreamspace. A desert wraps around the narratives and American-looking military vehicles either speed through or lie dormant and destroyed. In panel layouts made out of shapes of curious geometry, a buzzard tortures a Prometheus-like figure, a young girl converses with a sinister-looking rooster, and the boy protagonist of Nilsen’s previous masterpiece, Dogs and Water, runs into trouble with some callous soldiers. The dialogue is that of myth, and Nilsen is a modern comics mythmaker.

+Comments Leave a Comment
8 Comics to Read in October