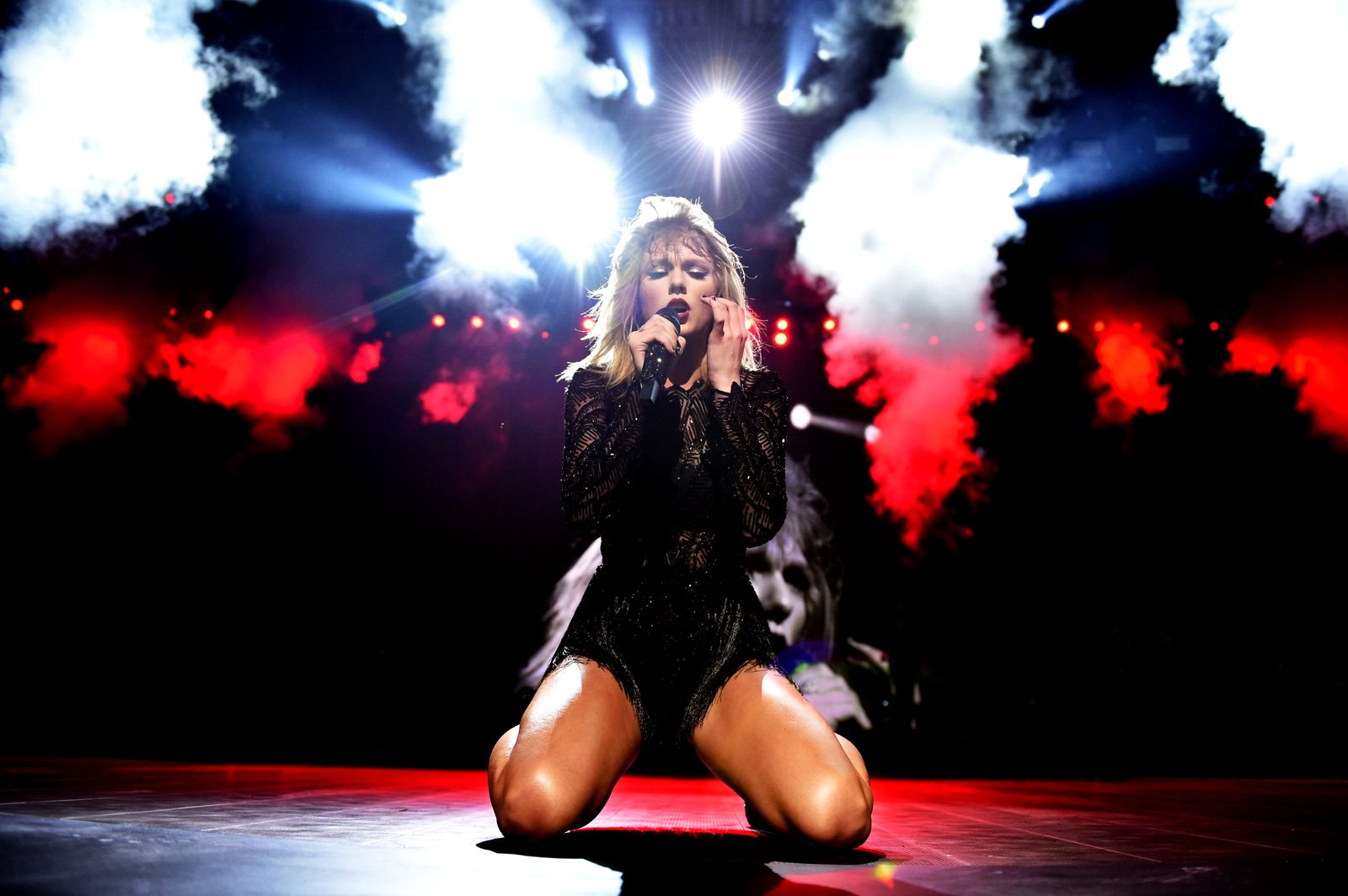 A Complete Guide to Taylor Swift

Writing on everything she’s released so far

Taylor Swift is your closest friend or she is your worst enemy. She makes the best songs you’ve ever heard, and she makes really misguided ones too. We glimpse her life in fragments: through her music, through a rare interview, or a too-perfect paparazzi photo. More often than not, what we know about Taylor Swift is what she wants us to know: she likes to sing about heartbreak, big romantic gestures, and the way that friends can become enemies — the ultimate betrayal. In an effort to paint a picture of her career — from her early days as a teen phenom to her current status as a (maybe) vengeful artist with an axe to grind — these essays, and the ranked list of all of her songs to date, are our way of examining how, and why, Taylor Swift got to where she is today.

On Her Self-Titled Debut, Taylor Swift Captured the Drama of Young Love
“When was the last time you really bought into the idea that Taylor Swift was an underdog? She’s been such a dominant pop force for years that it’s easy to forget she started out as an unlikely country contender, defying industry wisdom about what would sell.”

Taylor Swift’s Fearless Mined Teenage Angst in Real Time
“The plot of ’Fifteen’ is simple enough. A young girl — not named, but assumed to be Swift herself — has started freshman year at the kind of high school instantly recognizable from eons of suburban pop culture. There are quarterbacks and cute senior boys with cars and cavernous hallways where love has come to bloom and die.”

Speak Now Is a Peek Into Taylor Swift’s Future
﻿“The year of our Lord 2010 was, in Taylor Swift’s timeline, A.K. 1 — after Kanye, after the incident at the 2009 Video Music Awards. During Swift’s acceptance of the night’s Best Female Video award, Kanye West barreled onto the stage full of bluster about Beyoncé’s black-and-white clip for ‘Single Ladies (Put a Ring on It)’ being ‘one of the best videos of all time … one of the best videos of all time!’ Swift recovered later in the show, of course — she and Beyoncé dressed in matching and resplendent red gowns and put on a united front. But the sting remained.”

Taylor Swift’s Red and the Art of Never Seeing It Coming
﻿“‘State of Grace,’ the first song off Taylor Swift’s 2012 album Red, is a song I heard many times before it finally made me burst into tears. I kind of glossed over it for a while, thinking it sounded as pleasant and uplifting as any other Cranberries’ ‘Dreams’ soundalike. A great song for cleaning the house to. When I went to the L.A. stop of her Red Tour, the first stadium pop show I had ever been to at the ripe old age of 28, she opened the show with it, and it seemed to me a mere tool, perfectly calibrated to whip up the audience of mostly preteen girls and their moms into a semi-religious frenzy.”

On 1989, Taylor Swift Became a True Pop Star
﻿“Taylor Swift became hugely famous in 2014 — or, more accurately, the person she plays in her music did. Regarded as her pivot from country to capital-P pop, 1989 also marked a different, but related, turn: It’s the first album set fully and explicitly within the context of her fame. The Nashville singer turned New Yorker built her career on songs engineered to maximize their relatability, a strategy that can work for pop but finds more success in country. She sang hits from the perspective of a misfit high-schooler sulking on the bleachers, or the lovelorn 20-something nursing the empty space left over from a breakup, neither a particularly glamorous scenario.” 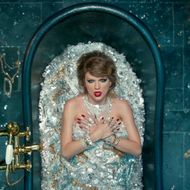 Taylor Swift’s Reputation Fixates on Big Enemies and Budding Romance
“Fame is a shell game, a precarious balance between real grit and the performance of decency. Successful stars are affable in public but protective of their lives in private. Part of why the last year of news has felt so cataclysmic is the worrying sensation of all pretense of goodness slowly being cast aside (or else ripped away). Powerful, popular men are being revealed as monsters. Genteel grandmas and grandpas are letting their bigotry fly. Taylor Swift played the fame game harder than most. In public, she was America’s sweetheart, but on record, she could be withering, and in business, she was an ironclad capitalist, the daughter of a Pennsylvania banker who proved every bit as calculated with money as the pedigree suggests.” 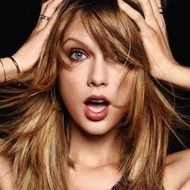 All 124 Taylor Swift Songs, Ranked From Worst to Best
”﻿In this business, there are two subjects that will boost your page views like nothing else: Game of Thrones and Taylor Swift. One of them is a massive, multi-million-dollar enterprise filled with violence and betrayal, and the other airs on HBO. I find it hard to explain why exactly, and I’m sure Swift would, too: Somehow, this one 27-year-old woman from Wyomissing, Pennsylvania, keeps finding herself at the center of our national conversations about race, gender, celebrity, victimhood, even the economics of the tech industry. And, outside the legions of fans who eat up everything she puts out, no take on her ever stays solid for long. She was a precocious teenager, and the ultimate embodiment of white privilege. She’s been feminism’s worst nightmare, and an advocate for victims of sexual assault. Some people say she’s a goddess of the alt-right. Other people say she’s Jewish.”

+Comments Leave a Comment
Exploring Every Taylor Swift Album and Song So Far
vulture investigates 10:00 a.m.
Where Is Manny Jacinto in Top Gun: Maverick? Does Tom Cruise hate Jake Jortles? An investigation.
movie review 9:00 a.m.
Vengeance Is Mine, a Blast from an Unknown Past, Arrives in Theaters Originally made in 1984, Michael Roemer’s riveting family drama is finally getting a theatrical release.
By Bilge Ebiri
cannes 2022 7:00 a.m.
The Best Movies at Cannes Broke Through the Bleakness The film festival was full of doomed protagonists, graphic murders, and children driven to crime. But a handful of movies were hopeful, too.
that was quick Yesterday at 11:52 p.m.
Matthew Morrison Is No Longer Judging So You Think You Can Dance Because he “did not follow competition production protocols,” whatever that means.
tragedy Yesterday at 9:53 p.m.
Obi-Wan Kenobi Adds Content Warning in Light of Texas School Shooting After Stranger Things recently put a similar message on the first episode of its fourth season.
gilead girl Yesterday at 8:22 p.m.
Alexis Bledel Won’t Appear in Season 5 of Hulu Reality Show Wait, no, The Handmaid’s Tale is supposed to be a dystopian drama.
overnights Yesterday at 7:36 p.m.
RuPaul’s Drag Race All Stars Recap: Fortune Favors the Queen Queens are scheming and plotting.
summer preview Yesterday at 6:56 p.m.
17 Books We Can’t Wait to Read This Summer With new releases from Akwaeke Emezi, Ottessa Moshfegh, Mecca Jamilah Sullivan, Mohsin Hamid, and more.
By
cinephile tea Yesterday at 6:17 p.m.
Viggo Mortensen Accuses Pedro Almodóvar of Being Bitter, Almodóvar Responds What is Cannes Film Festival without someone starting drama for no reason.
survey says Yesterday at 5:31 p.m.
What Do Comedians Think of (the Non-Joke Parts of) Stand-up Specials? Here are insights from 39 of them.
By Hershal Pandya
explainers Yesterday at 5:27 p.m.
The Bullying Allegations at the Center of HYBE’s Next Big K-Pop Group, Explained After Korean forums accused Kim Garam of bullying, the internet was aflame.
overnights Yesterday at 4:12 p.m.
Stranger Things Recap: The Shire Is on Fire We (mostly) love Steve getting his big hero moment in the penultimate episode of Volume 1.
follow friday Yesterday at 4:06 p.m.
Michael Bonfiglio Wants to Tell You a Story We chatted with the director about the art of the stand-up comedy special — and, naturally, hummingbirds.
now streaming Yesterday at 4:00 p.m.
What’s Leaving Netflix: June 2022 Lady Bird, Criminal Minds, My Fair Lady, and more.
overnights Yesterday at 2:47 p.m.
Obi-Wan Kenobi Recap: Second Chances What feels a bit like Taken in space pivots to “John Wick: Chapter 2 in space” territory — and it works!
still learning Yesterday at 1:58 p.m.
Isaiah Rashad Comes Out as ‘Sexually Fluid’ in First Interview About Sex Tape “I’m not in full control of, when I walk into a room, of who I’m attracted to,” he told Joe Budden.
overnights Yesterday at 1:31 p.m.
Stranger Things Recap: This Old House We get a little haunted-house movie in the middle of Stranger Things!
courthouse chaos Yesterday at 1:30 p.m.
Johnny Depp Fans Are Out in Full Force As Trial Nears End When the clock hit 12:50 a.m. Friday, bedlam unfolded outside the Fairfax, Virginia, court parking garage.
summer preview Yesterday at 1:11 p.m.
What Will Be the Biggest Movie of the Summer? Vulture bets on five films that will break through the hottest months of 2022, in whatever ways they can.
By
summer preview Yesterday at 1:00 p.m.
10 Podcasts We Can’t Wait to Listen to This Summer From a new season of Slow Burn on Roe v. Wade to a “surf-rock audio drama” from a rising star.
More Stories