‘I Only Have My Chihuahuas’: Why The Florida Project’s Sean Baker Won’t Sell Out

What does it take to direct an Oscar contender and sustain a career as an independent filmmaker? More sacrifices than you might expect. 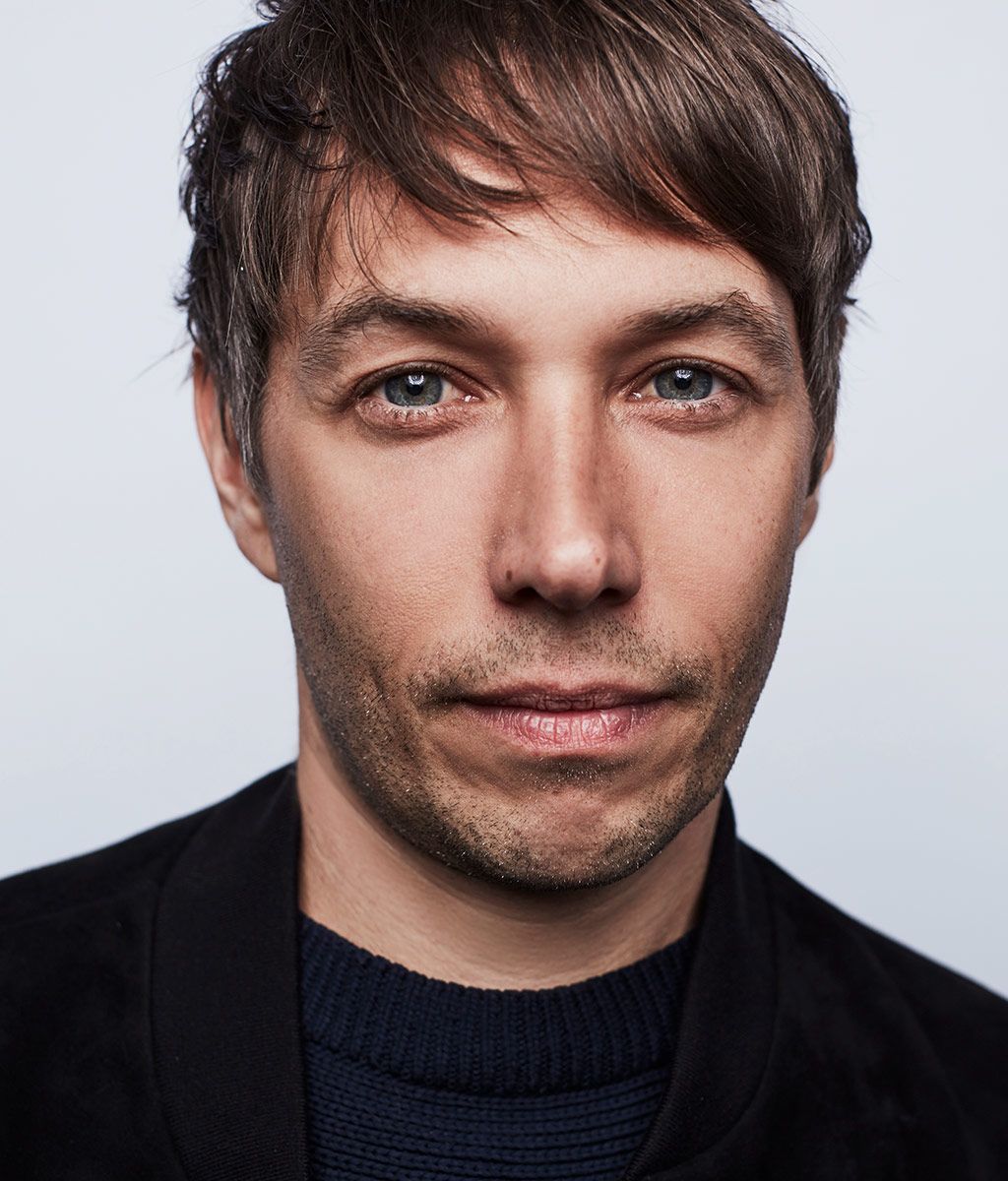 It isn’t easy to be an American independent filmmaker, and these days, many directors only dwell in that space until they earn a come-up from Marvel or HBO. Someone like Sean Baker is unusual, then, not just because he makes the films that few other directors are interested in making — low-budget stories like The Florida Project and Tangerine, which follow people on the margins of society — but because he commits to that independent career, and the sacrifices necessary to maintain it, in a way that few directors with his mounting acclaim do.

“Perhaps if I hit earlier, things would be much different. I would’ve maybe been seduced,” admits Baker. We are sitting in the lobby of the W Hollywood, and while Baker is as boyish and fresh-faced as the directors who come to Sundance every year with their calling-card debuts, the gray creeping in at Baker’s temples tells a different story. He is 46 now, and The Florida Project is his sixth directorial effort. “In so many reviews that I’m reading of The Florida Project, everyone is assuming it’s my second film,” laughs Baker, who broke into the mainstream — or, at least, its coolest and most curated outer layer — with 2015’s Tangerine, a shot-on-iPhone odyssey about trans sex workers.

Oscar Futures: Can a 7-Year-Old Actress Get Nominated This Year?

Like many of Baker’s films, dating back to 2000’s Four Letter Words, Tangerine was made for very little money and cast mostly with performers who’d never been in a film before. It’s an approach Baker managed to bring to The Florida Project, his biggest movie yet and one of this year’s most buzzed-about Oscar contenders, and he sees no reason to abandon the path that led him here. “I’m finally getting recognition for this, so I may as well commit,” Baker says. “And I look at my heroes like Ken Loach, who had a full career in which he always tackled sociopolitical topics. I thought, why not use him as a model?”

That’s why, when trying to fill out The Florida Project’s cast of impoverished eccentrics living at a cheap motel on the outskirts of Orlando, Baker looked not for big names but for personalities that felt real. “There has to be at least one aspect of something that’s new or fresh that people can grab onto,” he says. “When I see a billboard that literally just has five names and they’re all A-listers, I’m just like, What is that bringing to the world that’s new?”

Baker did cast Willem Dafoe in a key supporting role as the motel manager, but the veteran actor is surrounded by newcomers, including 7-year-old Brooklynn Prince as irrepressible troublemaker Moonee and, as her mother, heavily tattooed Instagram star Bria Vinaite. “When I sent my producers the link to Bria’s Instagram and was like, ‘I really wanna consider her,’ they probably were rolling their eyes, going, ‘Are you kidding me?’” says Baker, but placing a performer like Vinaite opposite Dafoe gives him the frisson he’s seeking from these projects. “It’s about the clash of those worlds,” he says. “I think the word they used back in cinema studies was ‘contamination,’ where you’re contaminating two things that shouldn’t be together but they are and it’s working and they’re complementing one another.”

Was there pressure to cast a name in Vinaite’s role? After all, Hollywood doesn’t lack for talented, well-known ingenues. “You know, I could have found some young actors who are just as transformative and just as wonderful and it probably could have worked,” says Baker, before trailing off. He just can’t fathom it. “You have to say, ‘If my financiers are gonna allow me to go this way, I’m gonna take advantage of this. Let me do it.’”

That doesn’t mean it’s an easy approach to commit to, though. In 2017, to remain a dedicated independent filmmaker like Sean Baker requires a lot of budgeting.

“I’m coming from a place where I can say this because I have put myself in a place where I only have my chihuahuas to support,” says Baker. “I don’t have a family and I don’t have children and I never will … all I care about is having health care and making it so I’m not living on the streets, but I’m fine with my $1,200 apartment in West Hollywood. I’m not a material guy, so I don’t need to surround myself with wealth. I’m already wealthy because I’m able to actually make this art that I want to make and not have a nine-to-five.”

Many indie filmmakers pay their bills by directing far more lucrative commercials and TV shows on the side; so far, aside from helming one fashion film for Kenzo, Baker has stuck doggedly to feature filmmaking. “And my agent will hate me for saying this, but I’ll say it on the record: I’m not interested in television. I really am not,” says Baker. At the beginning of his career, he co-created a short-lived Fox series called Greg the Bunny, where puppets and human actors commingled — another “contamination” of sorts — and Baker isn’t eager to go back down that path. “I don’t want to jump over to a whole different way of storytelling just because there’s more money there,” says Baker. “Even one season will just eat a year and a half of your life.”

Because his approach demands so much research, an untraditional casting phase, and a postproduction process where Baker edits the footage himself, one of his movies can take upwards of three years to finish. That comes with its own sacrifices.

“This is the first film that I have gotten through without a breakup,” Baker tells me. He admits that he has not always made things easy for his partner, acting coach Samantha Quan, whom he briefly split from in between making Tangerine and The Florida Project. “Now we’re going great, but it was a rough one because I edit at home,” says Baker. “The computer is about five feet from the bed.”

Baker plunges so deeply into the editing process that he barely leaves his apartment, waking up well into the evening to pull all-nighters. “I become a vampire,” he says. “I’m being serious, I really do lose my mind a little bit, to the point where I let things unravel in my life and then I have to spend this time putting things back together. I could figure out a better way of managing my life, but I get so I need those nighttime hours where I’m all alone and all quiet to truly focus and find the film.” He thinks about what he just admitted. “My God,” he murmurs. “Yeah, I gotta fix this, I gotta fix this.”

In the meantime, though, Baker is determined to enjoy The Florida Project’s afterglow, and he’s willing to go anywhere his distributor A24 will send him. (Free travel, after all, is one of the few undeniable perks of indie filmmaking.) Baker is not yet certain what topic he will tackle next, and while he’s inspired by Christopher Nolan’s summer war film Dunkirk, he’s still wary about being snapped up by bigger studios. “I don’t think at this point I could ever jump above a certain budget level and retain final cut, which is very important to me,” he says. “If one change was made in the movie that was out of my control, it would be very difficult for me to ever accept that as my own.”

Still, Baker is determined to keep an open mind. He recently met up with another indie filmmaker, Antonio Campos (Christine, Simon Killer), to talk shop. “I pitched him a couple of ideas that were in my wheelhouse … and he goes, ‘I know you can do that, I know you can do that.’” And then Baker pitched something bigger, something mysterious, something totally unlike him. And Campos sparked to it. “That one, I’m not sure you can do,” he told Baker, “and that’s why you should try to do that.” Baker grins. Expect the unexpected.

+Comments Leave a Comment
‘I Only Have My Chihuahuas’: Why Sean Baker Won’t Sell Out

overnights 27 mins ago
Pretty Little Liars: Original Sin Recap: Leave It All on the Floor The girls are having confabs, chasing down bonkers leads, and kissing crushes in Original Sin’s strongest episode to date.
tweet then delete 9:34 p.m.
Michelle Branch Announces Her Separation from Black Keys’ Patrick Carney “The rug has been completely pulled from underneath me and now I must figure out how to move forward,” said Branch.
overnights 9:00 p.m.
Southern Charm Recap: Puppy Love Austen is sad because his own antics have caught up with him.
overnights 9:00 p.m.
Rap Sh!t Recap: Catching Flights, Not Feelings The triumphant NYC trip doesn’t go as planned.
accidents 8:05 p.m.
Anne Heche in a Coma, Under DUI Investigation, Following Car Crash According to a representative, she has remained in a coma since shortly after the accident.
we bought a zoo 6:53 p.m.
Would You Still Love Jessica Chastain If She Were a Worm? Oscar Isaac compared his and Chastain’s chemistry to flatworm cells, obviously.
"not this" -a 6:36 p.m.
Um, the PLL: Original Sin Producers Say It ‘Exists in’ the Riverdale Universe Why? lol
objection! 6:30 p.m.
The Aretha Franklin Documentary Producer Is Suing Neon ‘Amazing Grace’ took 40+ years to come out, only to be buried, per the lawsuit.
all hail 6:00 p.m.
Brandy’s Cinderella to Air on ABC, No Streaming Subscription Required Bibbidi-bobbidi over to broadcast television for a reunion special on August 23.
courthouse hottie 4:03 p.m.
What’s Up With Megan Thee Stallion’s Messy Label Legal Battle? Thee Hot Girl hinted that 1501 Certified could be behind the Traumazine leaks.
last night on late night 3:32 p.m.
J. Smith-Cameron Should Have Thrown Two Drinks in Kieran Culkin’s Face She employed a three-strike rule.
overnights 3:08 p.m.
Harley Quinn Recap: Swamp Cling It’s not easy being green … or, in Ivy’s case, accessing the green.
ask an expert 2:57 p.m.
Where Do Georgia Music Festivals Go From Here? Music Midtown in Atlanta was reportedly scrapped over a ruling that allowed guns during events on public property.
buffering 2:33 p.m.
Why Disney+ and Hulu Just Got a Lot More Expensive Less bang for more bucks.
behind the seams 2:30 p.m.
How Mrs. Harris Goes to Paris Captures Love at First Sight (With a Dress) Here, dresses act as scene partners and spark character growth, joy, resolve, and grief — which is a lot of weight to put on some tailored fabric.
By Rebecca Alter
overnights 2:30 p.m.
The Real Housewives of Dubai Recap: Diamonds Are Forever Off we go on yet another doomed Bravo girls’ weekend.
the law 2:29 p.m.
Britney Spears’s Lawyer Calls Kevin Federline’s Videos ‘Cruel’ Mathew Rosengart said Federline “undermined his own children.”
buzz! buzz! 2:24 p.m.
Van Lives! And Lauren Ambrose Will Play Her on Yellowjackets Season Two And Liv Hewson has been upped to a series reg. 🐝
overnights 2:05 p.m.
American Horror Stories Recap: Blood and Pus This episode made our recap writer barf!
vulture 10x10 1:04 p.m.
The Plant Puzzle 7-Down, Four Letters: Half of a Jim Carrey movie?
More Stories