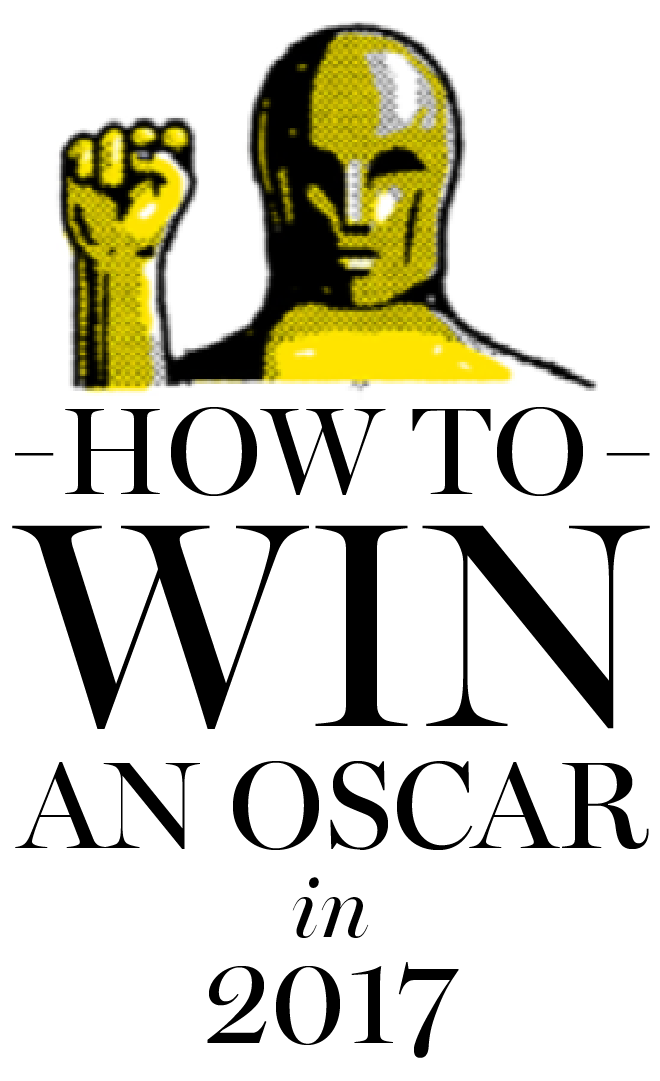 For the people who run Academy Awards campaigns — those months-long public-relations pushes that ideally end in an Oscar — a crucial element has always been the creation of a narrative. In a normal year, any number of narratives, from “It’s her turn” to “Everybody loves a comeback” to “It’s the consensus choice,” might find a route to victory. But for reasons that range from Donald Trump to Harvey Weinstein (if that counts as a range), 2017 is not a normal Oscar year. Questions hang heavily over the ceremony itself: How will Jimmy Kimmel navigate the treacherous shoals of … well, forget Weinstein and just consider all the news that’s likely to break between now and March. What balance of self-celebration and self-awareness can any Oscar show hope to strike? As for the campaigns themselves: In what promises to be an attempt at the First Woke Oscars, there is one narrative that threatens to overwhelm all others — the Movie That Speaks to Our Present Crisis. And at least half a dozen movies are working to claim that title.

Oscar Futures: Why the Comedy Controversy Could Help Get Out
Oscar Futures: Is Spielberg’s The Post the Second Coming of Spotlight?

The first contender to plant its flag on this turf, back in February, was Jordan Peele’s Get Out — a film so alive to the complicated fractures among African-Americans, white liberals, and the racist right that there has not been a moment since it opened when its wholly original mix of horror, comedy, and politics has not felt immediate and relevant. Next came Kumail Nanjiani’s The Big Sick, a movie that seemed tailored for a summer in which American health care became the subject of a new late-night-news cliffhanger every third week. And now the floodgates are opening. Martin McDonagh’s Three Billboards Outside Ebbing, Missouri — in which Frances McDormand plays a woman whose righteous fury at male injustice and indifference threatens to consume her — felt like a potential awards player when it debuted on the festival circuit two months back; post-Weinstein, it seems to be bigger, more prescient, and, as one producer unconnected with the movie put it to me, “the film that most mirrors the mood among women in Hollywood right now.” Call Me by Your Name is a powerfully specific gay coming-of-age story that is complexified by the fact that the main character is 17 years old. Sean Baker’s The Florida Project is that rarity, a movie about class and economic marginalization, perfectly poised to appeal to the Bernie wing of the Academy in the first moment when a Bernie wing of the Academy might be said to exist. And, coming soon, Steven Spielberg’s The Post promises to make a ringing case for the essentialness of adversarial journalism — a movie about 1971 and 2017.

The offscreen narratives behind many of these movies only reinforce their allure for those Academy members eager to turn the page on some of Oscar’s worst historical failures. Peele would be only the fifth African-American directing nominee. After only four female Best Directing nominees in 89 Oscar years, there is not just a woman but women, plural, from which to choose, led by Greta Gerwig, the writer-director of Lady Bird, and Dee Rees, director of Mudbound — who would, if nominated, be the first black woman ever recognized in the category. None of this is to say that Christopher Nolan’s Dunkirk or Paul Thomas Anderson’s Phantom Thread or Guillermo del Toro’s The Shape of Water is going to be sidelined. But it speaks to the degree to which contemporary resonance matters this year that even an ultraretro, King’s Speech–y entry like Darkest Hour is being discussed as an implicit rebuke to present-day politicians: “We shall fight on the beaches” versus “Grab ’em by the pussy.”

Oscar Futures: How Will the Post-Weinstein Moment Affect Awards Season?
When Will Marvel Studios Win an Oscar?

This is the point at which, traditionally, calmer or more cynical souls might weigh in on what “an Academy movie” is and what’s too edgy, dark, young, or marginal for “the town”—as if all these decisions were still adjudicated by the ghosts of Darryl F. Zanuck and Ernest Borgnine. And the older, white, male, putatively reactionary Academy voter remains part of a powerful demographic. But it’s no longer the gravitational center of the Academy — or, to shift metaphors, the star by which to steer one’s predictions.

That shouldn’t be news to anyone who watched last year’s ceremony, in which Moonlight’s 11th-and-a-half-hour win — it is the first underdog movie to literally take the prize from a favorite — practically amounted to the announcement of a new world order. But if you need more evidence, consider this: Some 2,000 Academy voters — well over 25 percent of the total voting pool — have become members since 2014. They are, as a group, dramatically less white and less male than the rest of the Academy, and they are capable of reshaping the Oscars. The power to redefine what constitutes “an Academy movie” is, for the first time, in their hands. And this year may provide our first real glimpse of what they intend to do with it.

+Comments Leave a Comment
To Win an Oscar, Make the Movie That Speaks to the Moment