Today in hella tight news, Greta Gerwig’s coming-of-age comedy won the New York Film Critics Circle’s Best Picture award, capping off weeks of glowing press that have included a great box-office expansion and a Rotten Tomatoes record for the film’s sustained perfect score. If everybody likes Lady Bird, could it be closer to stealing Best Picture than we think? It’s a funnier, more intimate film than the Academy usually rewards with its top prize, but voters use a preferential ballot and you’ve got to think Lady Bird will show up on almost everybody’s. 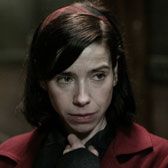 The Shape of Water

Here’s the tricky thing about The Shape of Water, which comes out this weekend. It’s getting warm reviews, it has a passionate pitchman in director Guillermo del Toro, and it has the sort of lavish look and accessible romantic bombast that could ultimately make it one of the higher-grossing Oscar contenders. And yet the film’s awards-season buzz has dissipated since it won the Golden Lion at the Venice Film Festival in September, a trophy that had some predicting strong showings in Best Picture, Best Director, and Best Actress. Since then, critics’ groups haven’t been nominating The Shape of Water, and it was blanked by the Indie Spirits, too. A big box-office haul could goose its chances, and it’s important to remember that the Academy tends to reward more emotional films than critics do, but something feels amiss. 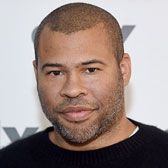 Peele has now taken two awards for Best First Feature in the last week, earning that laurel from both the Gothams and the NYFCC. His chances will improve further if he can win a significant Best Director award outright, and not just the one given to newcomers. Could the Los Angeles Film Critics Association, which votes this Sunday, provide Peele with that boost? 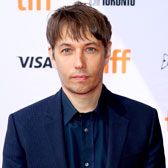 Baker got a shot in the arm today from the NYFCC, which gave him their Best Director trophy. I think he’s got a shot at penetrating this Oscar category, but it will depend on the directors’ branch tilting a little more auteur than they have since 2013, when Michael Haneke and Benh Zeitlin made it in over Ben Affleck. Still, all of this is very encouraging for Baker and his chihuahuas! 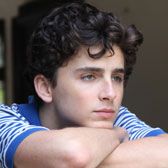 A big week for Lil’ Timmy Tim! Call Me by Your Name is coming off of this year’s biggest per-screen bow in limited release, and Chalamet picked up a Breakthrough Actor award on Monday at the Gothams (where Call Me by Your Name won Best Feature), using his time onstage to give the night’s most endearing speech. Today, the NYFCC went one better and honored Chalamet in the lead-actor category. With the field now coming into clarity, Chalamet is emerging as the passion-pick rival to Darkest Hour’s Gary Oldman, and one more likely to earn love from critics’ groups, too. 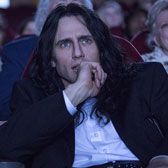 Would the Academy really reward Franco after his famously lazy hosting stint? I think they will, especially because Franco has been playing his PR cards right on his press tour for The Disaster Artist, admitting that he used to spread himself too thin and underlining the new film, which he directed and stars in, as a significant step in the right direction. “You actually put care and time into something, and you [reap] a different kind of results,” he told HuffPost. I think voters will appreciate the penitent part of his comeback.

Ronan won her last Best Actress award just two years ago from the NYFCC for Brooklyn, in a year where most groups flipped for eventual Oscar winner Brie Larson in Room. Today, Ronan made it a twofer, honored by the NYFCC for Lady Bird. Can she become the Oscar front-runner? If you’ve ever read this column before, you may already be murmuring, “Oscar loves an ingenue,” and Ronan has already been nominated twice before, lending her campaign more oomph. It may also help that she has little ingenue competition besides I, Tonya star Margot Robbie, since this category will almost certainly include veteran Oscar winners Meryl Streep and Frances McDormand. Still, I’m not ready to call it. The caliber of contenders this year is just too high. 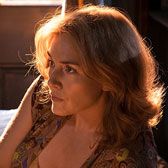 The new Woody Allen film was not well-received in its New York Film Festival bow a month and a half ago, and reviews haven’t gotten any better in advance of its release this Friday. Even when Winslet herself is praised — as she is in both the Los Angeles Times and New York Times — the film is brutalized. In this year’s super-tough Best Actress category, good reviews in a bad movie just won’t cut it.

Dafoe picked up a very necessary Best Supporting Actor award from the NYFCC, and I think he’ll need more in the weeks to come to create the impression that it’s his time to win. His is not the juiciest role in this category — what’s fun about it is that Dafoe is playing against type as a you-can-count-on-me normal person — so a narrative that positions his potential Oscar as one given for career achievement will almost certainly be the way to go. 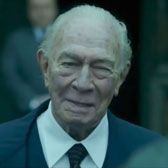 Christopher Plummer, All the Money In the World

It’s really happening! That madman Ridley Scott has already rushed out new ads for his fact-based thriller that feature Plummer, despite the fact that Scott is still in the middle of shooting Plummer’s scenes, since he was such a last-minute fill-in to replace Kevin Spacey. It’s hard to tell what kind of performance Plummer is (still!) giving, though it looks a little more muted than the makeup-addled scenery-chewing we saw from Spacey in the original trailer. I’m curious how this one shakes out. 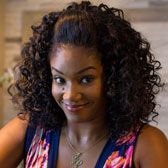 The NYFCC went hard for Haddish’s breakout role in Girls Trip, and I’m happy that she and Best Actor winner Timothée Chalamet will be able to swap fruit-pleasuring tips from the stage. Can the critics continue to sustain her buzz even if Universal doesn’t seem to be throwing a big enough for-your-consideration campaign for her? 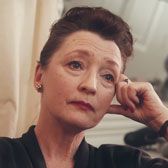 Rather ridiculously, I’m still embargoed from discussing the new Paul Thomas Anderson film for another week, even though plenty of non-journalists have seen it and have raved about it on social media. I’ll simply note that many of those reactions are very favorable to Manville and she’s here in this column for a reason, wouldn’t you think? Perhaps I can discuss the matter further next week, when the embargo lifts.