Over the next few weeks, Vulture will be publishing our critics’ year-end lists. Today, we’re looking at the best in thriller books.

The books that thrilled in 2017 are a diverse group: an excellent mix of true crime, mystery, horror, and nontraditional offerings that are gripping in their own right. As always, they offer the most unsettling version of escapism: confronted with the worst of humanity, we still manage to get lost in these stories and feel enriched by them. 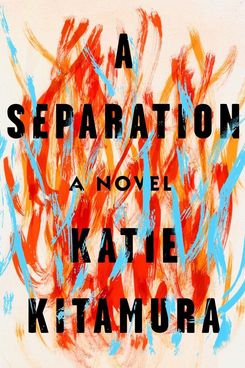 Word of warning: This astonishing book is not your typically paced mystery novel, so if you want something ultratraditional with a big reveal at the end, you might want to skip this one. But if you’re more taken by the lies we tell ourselves when bad things happen, A Separation will thrill you. It’s the story of a woman who travels to a Greek seaside town when her estranged husband goes missing. There, she must confront truths about her failed marriage, her own inability to truly know her husband, and the grief that comes from mourning the loss of something important. Kitamura’s novel may be more of an emotional thriller than a whodunnit, but therein lies its lasting strength.

The Grip of It 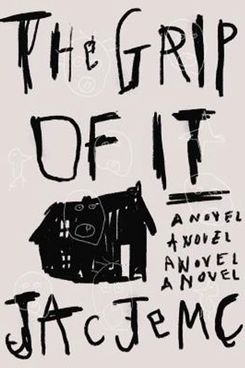 A struggling couple departs the city and moves to a small town and gets a great deal on a house, but all of these unexplained phenomena keep happening — shadows appear without any bodies attached, mysterious sounds permeate their home, nightmares become indecipherable from reality. Is their marriage unraveling or are their minds? The Grip of It may remind you of many a haunted-house story you’ve seen or heard or read, but the extra creepiness is brought on by Jac Jemc’s hypnotic language, which makes it so hard to separate fever dream from reality, and metaphor from truth. 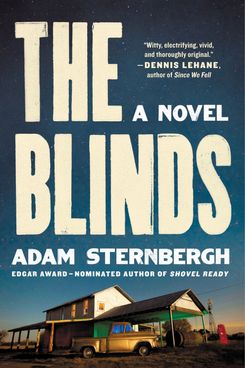 Somewhere way off the grid in a small Texas town, people with troubling pasts who’ve had their memories wiped clean get to start over — they get new names and new identities and very little internet access. Think of it as a bizarro-world witness-protection program meets the Wild West. When a series of murders disrupts the sleepy town, all of its denizens are suspect, and it’s up to a sheriff named Calvin Cooper to try to piece it all together. Part mystery, part speculative fiction, part Western, The Blinds, written by New York’s own Adam Sternbergh, is a fun and inventive thriller that blends genres seamlessly. 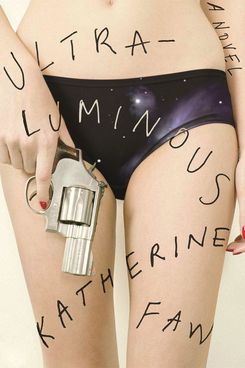 Told in short vignettes (really short, sometimes only a few sentences long), Ultraluminous is the story of an unnamed New York City prostitute whose clients include ultrarich men with nicknames such as “junk-bond guy” and “the guy who buys me things,” and, from her time working in Dubai, a mercenary builder of bombs she calls “the Sheikh.” She details their interactions explicitly and at a breathtaking pace, and also with a great deal of contempt. As this brief, propulsive novel rushes toward its inevitable climax, it manages to be both an excoriating takedown of capitalism and a semi-sincere ode to the drugstore/fancy food grotesquery that is Duane Reade sushi. 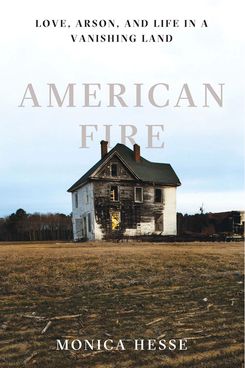 After a series of arsons (more than 70) in 2012 and 2013 paralyzed Virginia’s rural and desolate Accomack County, journalist Monica Hesse embedded herself among the residents to tell their story in harrowing detail. Hesse recounts the overwhelming effort of ordinary citizen to respond to the fires and to try to anticipate them, among them the team of volunteer firefighters who lost countless hours of sleep and are burned out physically and emotionally. The culprits turn out to be a sort of Bonnie and Clyde of fire-setting, and their whole exhausting, bizarrely Freudian story is interesting on its own. But more so, especially in the true-crime genre, it’s refreshing to read a compelling story in which the investigative man-power hours are in the four or even five digits, but the body count, at least, is zero. 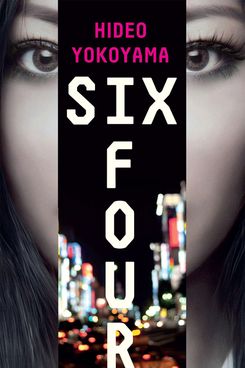 If you don’t necessarily need every book you read to hit you mega-fast with plot momentum, the Japanese police procedural Six Four could be for you. It’s big and weighty and relatively slow-going, but, wow, is the payoff worth it. It’s a fascinating look at the ins and outs of the bureaucracy in the Tokyo police department, and the way internal politics determine if and when and how crimes get solved. Not only is Six Four a satisfying read, but it’s a good reminder that justice looks different according to which laws govern you. 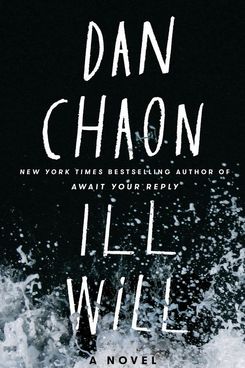 The literary writer Dan Chaon continues to get darker and darker in his subject matter, and we are here for it. The subject of his latest novel is Dustin Tillman, a psychologist who learns that his cousin, accused of murdering their mutual family members decades before, is getting released from jail based on new DNA evidence. Meanwhile, drunk frat boys are dying left and right, and a patient of Dustin’s is convinced that it’s the work of a prolific serial killer. As Dustin investigates the most wicked impulses of humanity, he must try to hold onto his professionalism and his sanity. Ill Will is a gripping meditation on memory and evil and how far we’ll go to make sense of it all. 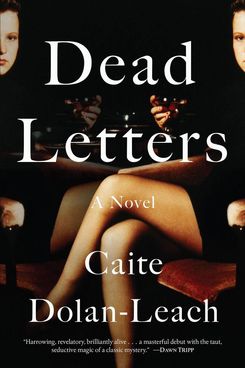 They don’t make many mysteries like this anymore. A cleverly constructed romp with clearly laid-out clues but the most unreliable narrators, Dead Letters is the story of Ava, a young woman who returns to her family’s vineyard in Upstate New York after her twin sister goes missing. In a twist worthy of Agatha Christie, her missing twin leaves Ava a scavenger hunt that will take resources and creativity and a clear head to solve — and in a family of alcoholics, clear heads are hard to find. That the family dysfunction that’s so essential to the disappearance is underpinned by love gives this novel a big heart as well as a big brain. 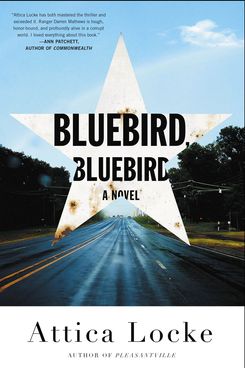 Darren Matthews is a black Texas Ranger who’s been suspended from the force for helping a man whose granddaughter has been harassed by an Aryan Nation member. The first book in Attica Locke’s gritty Empire Highway 59 series is filled with hate and fear and racial tension, and that’s even before we get to the actual murders that Darren will investigate. The East Texas town that Locke makes so atmospheric and full of dread is both a place where Darren belongs, and where the remnants of the Jim Crow South still linger like a curse. That the author is also a writer for Fox’s Empire is a testament to her remarkable range.

Killers of the Flower Moon 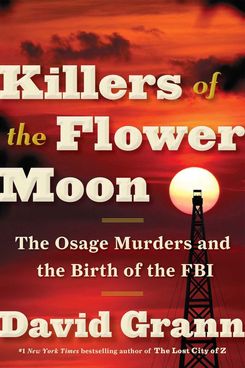 It takes a combination of comprehensive research and superb writing to make a book about a shameful moment in U.S. history read like a suspense novel. David Grann has done it. He gives life to a string of horrific murders of members of the Osage Indian nation that took place in a mineral-rich area of Oklahoma in the 1920s, making real life feel more shocking and more relevant than ever today. Killers of the Flower Moon brings humanity to the Native American victims whose stories have never quite been told, and untangles a conspiracy of hatred and greed that permeated nearly every area of government.

+Comments Leave a Comment
The 10 Best Thriller Books of 2017

vulture investigates 23 mins ago
Where Is Manny Jacinto in Top Gun: Maverick? Does Tom Cruise hate Jake Jortles? An investigation.
movie review 9:00 a.m.
Vengeance Is Mine, a Blast from an Unknown Past, Arrives in Theaters Originally made in 1984, Michael Roemer’s riveting family drama is finally getting a theatrical release.
By Bilge Ebiri
cannes 2022 7:00 a.m.
The Best Movies at Cannes Broke Through the Bleakness The film festival was full of doomed protagonists, graphic murders, and children driven to crime. But a handful of movies were hopeful, too.
that was quick Yesterday at 11:52 p.m.
Matthew Morrison Is No Longer Judging So You Think You Can Dance Because he “did not follow competition production protocols,” whatever that means.
tragedy Yesterday at 9:53 p.m.
Obi-Wan Kenobi Adds Content Warning in Light of Texas School Shooting After Stranger Things recently put a similar message on the first episode of its fourth season.
gilead girl Yesterday at 8:22 p.m.
Alexis Bledel Won’t Appear in Season 5 of Hulu Reality Show Wait, no, The Handmaid’s Tale is supposed to be a dystopian drama.
overnights Yesterday at 7:36 p.m.
RuPaul’s Drag Race All Stars Recap: Fortune Favors the Queen Queens are scheming and plotting.
summer preview Yesterday at 6:56 p.m.
17 Books We Can’t Wait to Read This Summer With new releases from Akwaeke Emezi, Ottessa Moshfegh, Mecca Jamilah Sullivan, Mohsin Hamid, and more.
By
cinephile tea Yesterday at 6:17 p.m.
Viggo Mortensen Accuses Pedro Almodóvar of Being Bitter, Almodóvar Responds What is Cannes Film Festival without someone starting drama for no reason.
survey says Yesterday at 5:31 p.m.
What Do Comedians Think of (the Non-Joke Parts of) Stand-up Specials? Here are insights from 39 of them.
By Hershal Pandya
explainers Yesterday at 5:27 p.m.
The Bullying Allegations at the Center of HYBE’s Next Big K-Pop Group, Explained After Korean forums accused Kim Garam of bullying, the internet was aflame.
overnights Yesterday at 4:12 p.m.
Stranger Things Recap: The Shire Is on Fire We (mostly) love Steve getting his big hero moment in the penultimate episode of Volume 1.
follow friday Yesterday at 4:06 p.m.
Michael Bonfiglio Wants to Tell You a Story We chatted with the director about the art of the stand-up comedy special — and, naturally, hummingbirds.
now streaming Yesterday at 4:00 p.m.
What’s Leaving Netflix: June 2022 Lady Bird, Criminal Minds, My Fair Lady, and more.
overnights Yesterday at 2:47 p.m.
Obi-Wan Kenobi Recap: Second Chances What feels a bit like Taken in space pivots to “John Wick: Chapter 2 in space” territory — and it works!
still learning Yesterday at 1:58 p.m.
Isaiah Rashad Comes Out as ‘Sexually Fluid’ in First Interview About Sex Tape “I’m not in full control of, when I walk into a room, of who I’m attracted to,” he told Joe Budden.
overnights Yesterday at 1:31 p.m.
Stranger Things Recap: This Old House We get a little haunted-house movie in the middle of Stranger Things!
courthouse chaos Yesterday at 1:30 p.m.
Johnny Depp Fans Are Out in Full Force As Trial Nears End When the clock hit 12:50 a.m. Friday, bedlam unfolded outside the Fairfax, Virginia, court parking garage.
summer preview Yesterday at 1:11 p.m.
What Will Be the Biggest Movie of the Summer? Vulture bets on five films that will break through the hottest months of 2022, in whatever ways they can.
By
summer preview Yesterday at 1:00 p.m.
10 Podcasts We Can’t Wait to Listen to This Summer From a new season of Slow Burn on Roe v. Wade to a “surf-rock audio drama” from a rising star.
More Stories