Over the next few weeks, Vulture will be publishing our critics’ year-end lists. Today, we’re looking at the best film performances. 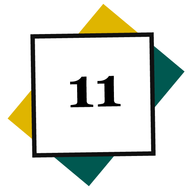 Michelle Williams, All the Money in the World (new addition)

Ridley Scott’s kidnapping drama All the Money in the World screened too late for its actors to be included in this list, following Scott’s decision to to expunge the alleged sexual predator Kevin Spacey. Spacey’s replacement, Christopher Plummer, is predictably superb (and age-appropriate) as the octogenarian billionaire J. Paul Getty, who — with a stubbornness bordering on psychosis — refuses to pay the ransom for his kidnapped grandson. But it’s likely Scott was also thinking Spacey’s presence would distract the world from the marvelous performance of Michelle Williams as the boy’s divorced mother, Gail, who alone must plead with Getty and her son’s kidnappers. Williams wipes away all traces of her past roles. She uses a voice you’ve never heard from her — high-cultured, almost Kennedyesque. More important, she conveys through tension not just the torment of a lost son but the absurd situation that keeps him in harm’s way: that she carries the name “Getty” while having utterly no power or financial resources of her own.

Hilarious, horrifying — a howl. As the mother of all bad mothers, Janney looks and sounds like the husk of a cicada you find sometimes in summer: Her very soul seems desiccated. Watch her shove the teenage Tonya Harding onto the ice, angry over her daughter’s losses and jealous of her wins, the kind of psycho push and pull that would drive any young woman into the arms of an abuser — or make her want to break the leg of a rival athlete.

Though hardly a physical ringer for Tonya Harding, Robbie’s makeup and posture bridges the gap, and she captures every bit of Harding’s driving athleticism. She evokes — superbly — how trapped Tonya feels, how helpless to escape her past. When, late in the film, you watch her stare grimly into the mirror and smear rouge on cheeks, you see a woman longing to be storybook pretty enough to transcend the ugliness around her.

In the rush of praise for Jordan Peele’s satirical horror hit, the English-born Kaluuya was a mite overshadowed by the more colorful Allison Williams (who is brilliant), Bradley Whitford, and Catherine Keener. But Kaluuya is the movie’s anchor, the straight man through whose eyes we see a world of posturing soul-suckers. Don’t mistake this for a “straight” performance, though. It’s subtly heightened to register every drop of weirdness in the white-suburban setting — and beautifully sustained.

As Marion, the mother of Saoirse Ronan’s title character, Metcalf suggests a woman who can’t reconcile competing emotions: happiness at her daughter’s success, anger that Lady Bird can fly away when she’s stuck in Sacramento. Even at Marion’s most scalding, Metcalf illuminates the confusion of a woman whose resentment has spun away from her, to the point where halting it could seem even more painful than giving it free reign.

Terence Davies’s Emily Dickinson biopic only half works (the stylized badinage is a mistake), but Nixon’s impious Belle of Amherst is a major performance. Her Dickinson is a recluse not because she hates the world, but because she feels too see-through, while her insistence on wearing white seems meant to signal a virginity of the soul. In Dickinson’s death scene, her spasms are otherworldly, as if her body can no longer contain its violent spirit. Her eyes bulge with horror at the nothingness to come.

Lightning in a bottle. Or, rather, in and around a seedy Florida motel blazing with bold, artificial colors — and outshining them. As the impish Moonie, the 7-year-old Prince reportedly improvised some of her back talk under director Sean Baker’s tender guidance. It’s a joy to watch her dash up and downstairs, hurl defiant barbs, and curse out her critics. Yet her Moonie is devastatingly undefended in the movie’s last scenes.

Tommy Wiseau, the bizarre auteur of the grade Z, soft-core melodrama The Room, is the role that Franco has waited to play all his life — his Hamlet, his Lear. He doesn’t just duplicate Wiseau’s from-nowhere accent and slurry diction. He evokes the man’s soul. It’s a 10-point Olympic high dive into a solipsism that has no bottom. I can’t believe his co-stars — among them his brother, Dave, in a charming performance — kept a straight face.

A career best in a stellar career? Maybe. As the no-B.S. manager of a seedy Florida motel, Dafoe conveys his humanity through liquid eyes and features that strain against the mask he tries keep in place. He knows he can only fix so much. Dafoe makes sure we don’t mistake this man for a saint — only a fundamentally decent fellow in a job that makes decency nearly impossible.

As the title character (who chose this name, defiantly, to suggest both free-spiritedness and a desire for flight), the Irish-born Ronan manages to be both dreamy and prickly: Her accent is American, but her rhythm is Irish — she drives every line home, especially when pushed to the brink by her mom (Laurie Metcalf — see above). Even when Ronan’s Lady Bird is theatrical, the artifice is emotionally pure. It’s how this girl would style herself, to seize the space.

You’ll remember his name. As the 17-year-old Elio, who spends summers at his parents airy villa in Northern Italy, Chalamet is skinny, long-waisted, awkward in his body — until he gazes on the 24-year-old visiting scholar, Oliver (Armie Hammer), and comes out of his head. In a movie of surfaces — sparkling water, the smooth flesh of teenagers, male and female — he conveys not just Elio’s sexual longing but his aching to be released from his own nebulous identity.

+Comments Leave a Comment
The 11 Best Film Performances of 2017

simple twist of fate 2 mins ago
Girl From the North Country Becomes Girl On The Big Screen The Bob Dylan inspired Broadway musical is becoming a feature film.
overnights Yesterday at 10:01 p.m.
The Bachelor Recap: Best Friends Forever The Bachelor universe is a delicate ecosystem, and Zach may have just stomped all over it.
overnights Yesterday at 9:30 p.m.
Below Deck Recap: The Fall of Fraser Fraser, you’re not here to make friends! You’re here to boss some girls around!
a sightline for sore eyes Yesterday at 8:31 p.m.
Heartbreak Is Now More (or Less) Expensive at AMC Theatres New changes to theatre ticket prices are causing concern for movie lovers and actors.
grammys 2023 Yesterday at 6:30 p.m.
How Harry’s House Beat Beyoncé Attempting to explain a painful-to-swallow win.
what happened here Yesterday at 6:10 p.m.
A Breakdown of Armie Hammer Allegations, Controversies, and Time-share Drama The former actor admits to treating people “poorly” in a new interview.
not-so-happy trails Yesterday at 5:18 p.m.
Kevin Costner Is Quiet Quitting Yellowstone and Taking the Show Down With Him When Kevin Costner closes a door, Matthew McConaughey opens a window.
trailer mix Yesterday at 5:15 p.m.
Mel Brooks Is Once Again an AP World History Teacher Ditch your textbooks and watch The History of the World, Part II instead, nerds.
grammys 2023 Yesterday at 5:00 p.m.
Which of Beyoncé’s Wins Have the Grammys Gotten Right? And where do her record-setting wins from Renaissance rank?
endings Yesterday at 4:32 p.m.
Let’s Talk About the Ending of Knock at the Cabin Knock at the Cabin changes the ending from the novel and suggests that acquiescing to fate, rather than fighting it, is bravery — even grace.
By Roxana Hadadi
post-grammys Yesterday at 4:12 p.m.
Offset Denies Rumors From the Peanut Gallery “What tf look like fighting my brother yal is crazy.”
grammys 2023 Yesterday at 3:03 p.m.
We All Watched Adele Reexperience the 2017 Grammys The leader of the Beyhive (London branch) wore her emotions on her face.
live from new york Yesterday at 2:51 p.m.
Saturday Night Live Should Have More Dumb Sketches Like ‘Lisa From Temecula’ The character represents both Ego Nwodim and the show at the height of their glorious silliness.
coming soon Yesterday at 1:34 p.m.
Showtime Bets On Billions (and Millions and Trillions) Out with library titles. In with spinoffs of existing IP.
grammys 2023 Yesterday at 12:47 p.m.
Twitter Agrees: Ben Affleck Should’ve Stayed at Dunkin’ A sad caffeine-free night at the Grammys.
vulture sports Yesterday at 12:45 p.m.
Super Bowl LVII Commercials Kick Off Early The real main event.
vulture 10x10 Yesterday at 12:44 p.m.
The Canuck Puzzle 30-Across, Four Letters: Oscar nominee as Carol
grammys 2023 Yesterday at 10:54 a.m.
Who Got Jay-Z and Lil Wayne to Perform at the Grammys? ‘God Did.’ Showing up for DJ Khaled after their own spats with the Recording Academy.
box office report card Yesterday at 10:31 a.m.
Knock at the Cabin Takes the Box Office Hostage While 80 for Brady lures older moviegoers back to the theater.
grammys 2023 Yesterday at 10:10 a.m.
Will Smith Was Too Busy Shooting Bad Boys 4 to Do the Grammys Hip-Hop Tribute Saving the Grammys and Questlove from an awkward post-Slap meeting.
More Stories