Even if you’re not that much of a blockbuster aficionado, there’s a certain niche of films that may pique your interest: The always in demand book-to-film adaptations. This spring and summer, expect ten straight-from-the-best-sellers-list marvels to light up the screen. The options vary from the very kinky, to the just plain funny. Read some SparkNotes and browse them all below. 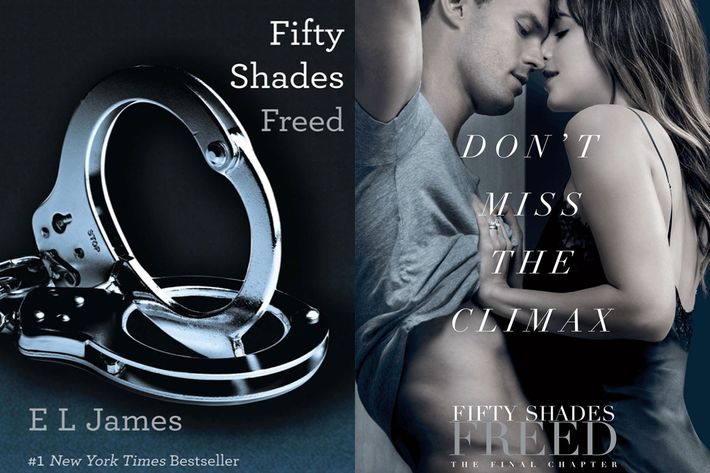 Ah, one last romp for all of the butt-plug enthusiasts out there. Anastasia and Christian get their blissful honeymoon period cut short thanks to a psychopath hell-bent on tearing them apart, but don’t think the kidnapping and the blackmail will get in the way of some good ole’ fashioned ice-cream sex for the duo. 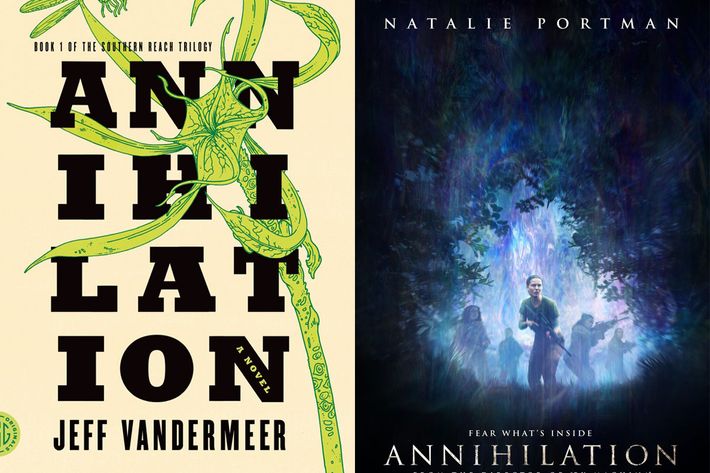 Name a more iconic sci-fi soldier quartet: Natalie Portman, Tessa Thompson, Jennifer Jason Leigh, and Gina Rodriguez. (We’ll wait.) These women are tasked with going into a terrifyingly unknown — and potentially otherworldly — disaster zone following the literal annihilation of another group of soldiers in the terrain, hoping to get to the bottom of the tragedy that transpired. Things do not go according to plan. 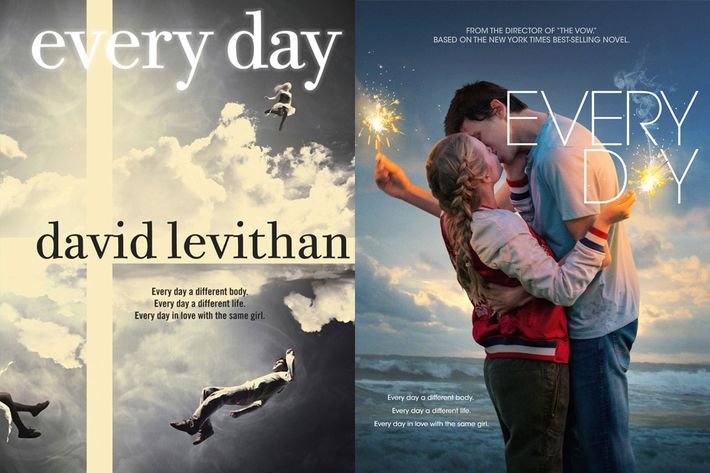 A teenage girl named Rhiannon finds herself smitten and drawn to a wandering spirit known as “A”, who’s able to reincarnate into a different human body every day. (Sorry, not a Pretty Little Liars spin-off.) “A” rules her life like a bird in flight! She’s taken by the sky! Sound lyrically familiar to anything? Yup — the film’s also inspired by “Rhiannon” by Fleetwood Mac. 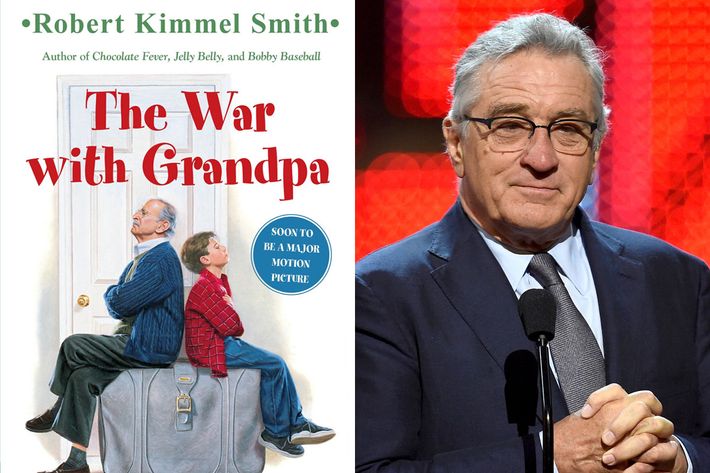 Film: The War With Grandpa (directed by Tim Hill)

Source: The War With Grandpa by Robert Kimmel Smith (1984)

The youths have no respect for their elders these days. After a tween is forced to relinquish his bedroom to his newly-moved-in grandfather (Robert De Niro), he vows to embrace his inner Kevin McCallister to do everything within his power to get the grandpappy to leave. Who wouldn’t want to share their space with Bobby D? Rude. 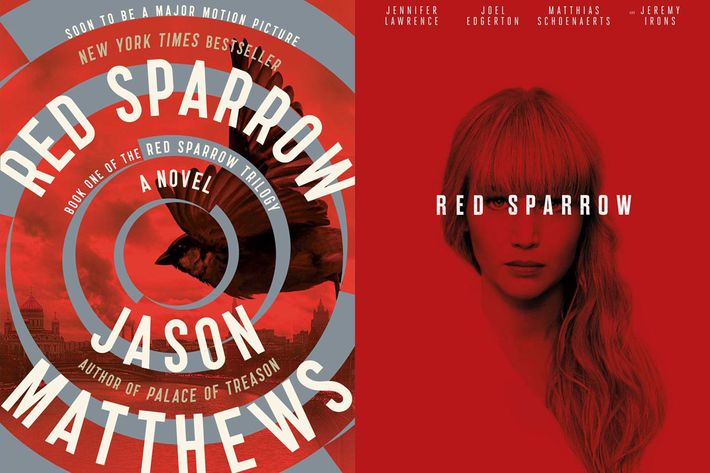 Come for J.Law’s Russian accent, stay for J.Law’s merciless penchant for bashing men in the head with metal bars. As one of the most skillful spies in the Kremlin’s “Sparrow” program, Lawrence’s seductive character — who’s expertly trained in “psychological manipulation” — is tasked with taking down a secret American mole. Too bad they end up falling in love and compromise her entire mission. 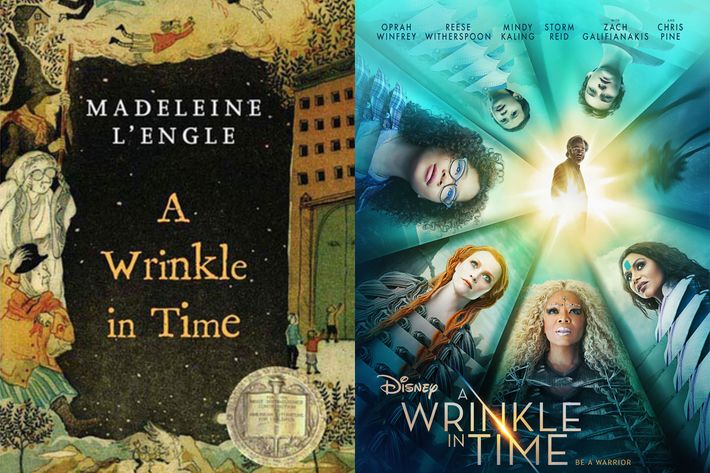 Film: A Wrinkle in Time (directed by Ava DuVernay)

Icons! In! Space! For those who don’t know the jist of this classic novel, a brief refresher: A teen girl’s genius astrophysicist father gets trapped by an “evil energy” while exploring time and space, and she embarks on the adventure of a lifetime with her friend to bring him back home. With the help of the heavenly warrior trio of Oprah, Reese, and Mindy, of course. 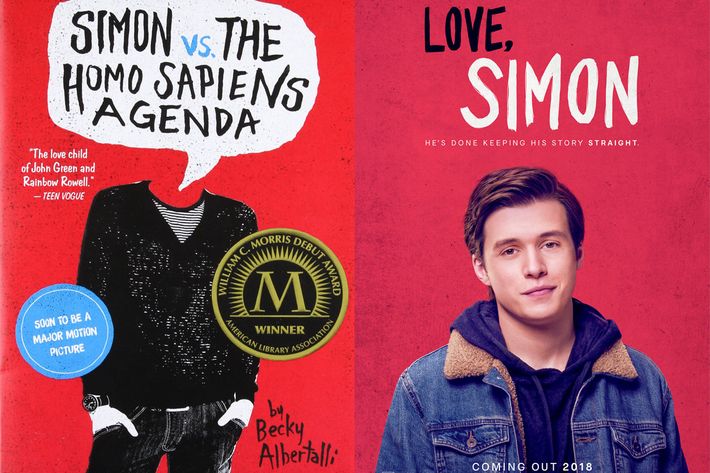 Source: Simon vs. the Homo Sapiens Agenda by Becky Albertalli (2015)

Simon is an amiable, quintessential high school kid who loves drinking iced coffee and hanging out with his friends. He even gets along great with his parents! But when an unknown blackmailer threatens to expose his long-harbored secret — being gay — to the entire school, he has to come to terms with his sexuality being revealed before he’s ready to do it on his own. That, and he’s trying to figure out the identity of his email pen-pal, who’s also a gay teen at his school. 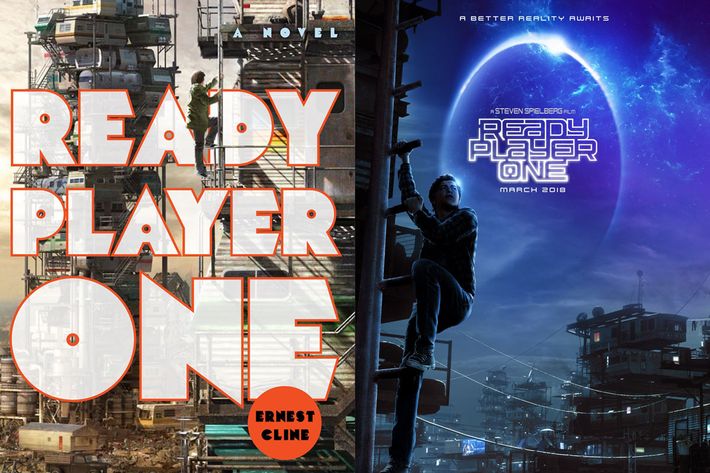 Another year, another dystopian big-screen treatment. But this time with Spielberg! It’s 2044, and the world is turning into a literal dumpster fire thanks to the depletion of any and all fossil fuels — with the only joy most people can get coming from a virtual-reality game called OASIS. The game proves to be fortuitous to whoever finds the cryptic “Easter egg” inside it, which was announced to the public in the eccentric creator’s will upon his death. The prize to whoever finds it first? Just a cool half a trillion dollars and ownership of the company. Nothing too crazy. 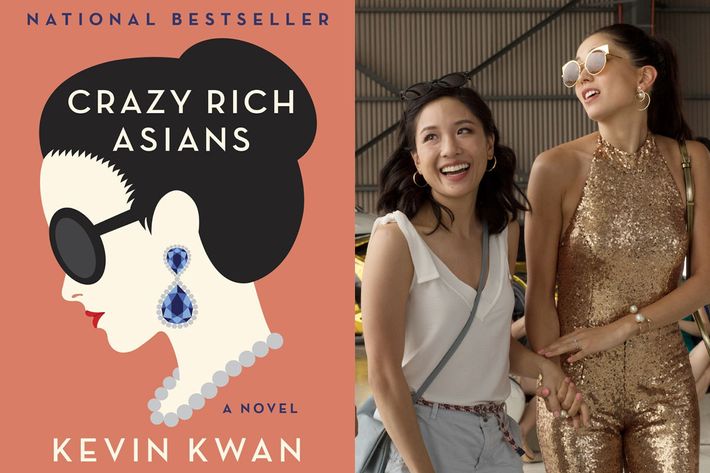 They’re crazy, and they’re crazy rich. When a professor (Constance Wu!) accompanies her longtime boyfriend to his homeland of Singapore for his best pal’s wedding, she finally gets to see just how, well, crazy and rich everyone in their extended social sphere is. Think of the penthouses! Think of the stilettos! Think of the … 24k drama! 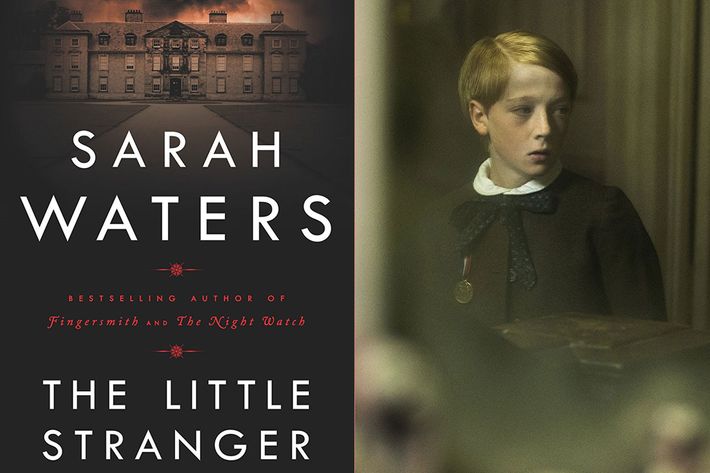 A routine house call for a physician (Domhnall Gleeson) in the postwar, rural English countryside takes a turn for the spooky when the estate’s isolated family begins exhibiting increasingly alarming symptoms. Symptoms that may or may not be brought on by otherworldly spirits. It doesn’t help matters that their decrepit property looks straight out of a Gothic nightmare.

remembrance 8:14 a.m.
Remembering Sam Gilliam of the Astral Plane His draped paintings took the form to its outer limits.
overnights 8:00 a.m.
Only Murders in the Building Recap: Affairs to Remember The core trio is as dynamite as ever, but the new additions are more of a mixed bag.
overnights 6:00 a.m.
Only Murders in the Building Season-Premiere Recap: A Whole New Direction The Only Murders crew will have to clear their names if they want to reap the rewards of renewed relevance and newfound notoriety.
everybody loves puppets! 1:45 a.m.
Jim Henson’s Creature Shop Will Puppetize My Neighbor Totoro For a Royal Shakespeare Company stage adaptation of the Hayao Miyazaki film.
my single is dropping Yesterday at 10:37 p.m.
Don’t Expect a Music Video for Cardi B’s Collab With Ye and Lil Durk “I just don’t feel like doing too much this time around because I’m just exhausted with everybody.”
overnights Yesterday at 10:00 p.m.
Irma Vep Recap: Too Many Ghosts Mira feels dangerously adrift as René places the burden of carrying the series on her.
celebrity response Yesterday at 7:50 p.m.
Celebrities Respond to the Supreme Court’s Overturning of Roe v. Wade Celebrities including Viola Davis, Taylor Swift, and Michelle Obama respond to the Supreme Court’s decision.
overnights Yesterday at 7:28 p.m.
The Bear Recap: Say Matte! Exploding toilets, bad breakers, and parking lot coke deals knock The Original Beef gang down but not out.
mental health Yesterday at 6:42 p.m.
Machine Gun Kelly Got Sober for Megan Fox and His Daughter “I was like, ‘I need to kick the drugs for real this time,’” he says in his new documentary.
emmy insider Yesterday at 6:30 p.m.
‘What Will I Do Without That Guy?’ As the end of Better Call Saul approaches, Giancarlo Esposito wants more time with Gus Fring.
the festival circuit Yesterday at 5:23 p.m.
Lorde, Clairo, and Arlo Parks All Got ‘Stoned at the Nail Salon’ A very brief appreciation of Lorde’s “Stoned at the Nail Salon (Glastonbury Version).”
waystar royco Yesterday at 4:52 p.m.
Has Succession Season 4 Started Production? Uh-huh. It’s filming in New York City.
if i can stream Yesterday at 4:37 p.m.
The New Elvis Channel Will Have Fans All Shook Up Sadly, Lilo & Stitch isn’t part of the free Presley programming.
vulture lists Yesterday at 4:00 p.m.
Every Tom Hanks Movie, Ranked Where does Elvis fall in the Tom Hanks canon?
power Yesterday at 3:50 p.m.
Everything to Know About the WNBA Star in Russian Custody After her months in detention, Brittney Griner’s trial will begin on July 1.
trust fund vigilantes Yesterday at 3:32 p.m.
Christian Bale Has His Batsuit on Standby Christian Bale promised to return as Batman if Christopher Nolan calls.
depply untrue Yesterday at 3:20 p.m.
Jack Sparrow Isn’t Coming Back for Pirates Under oath, Sparrow is no more (at least onscreen).
the festival circuit Yesterday at 3:00 p.m.
A Wellies-Free Review of Glastonbury 2022 When you can’t go to England’s biggest festival in person, you dance at home alone to Yves Tumor and order Goan fish curry for delivery.
mushroom court Yesterday at 2:54 p.m.
Vic Mensa Pleads Guilty to Possession of ’Shrooms, Sort Of Let the fun guy have his fungi.
vulture lists Yesterday at 2:30 p.m.
The Least Historically Accurate Music Biopics Ever Made From Amadeus to Bohemian Rhapsody, here are ten movies that treated the truth as mere suggestion.
More Stories