Each month, Abraham Riesman offers recommendations of comics media, including book-length graphic novels, comics-format nonfiction, ongoing series, and — occasionally — comics-related items in other media. With any luck, at least one of them will be a match for you. 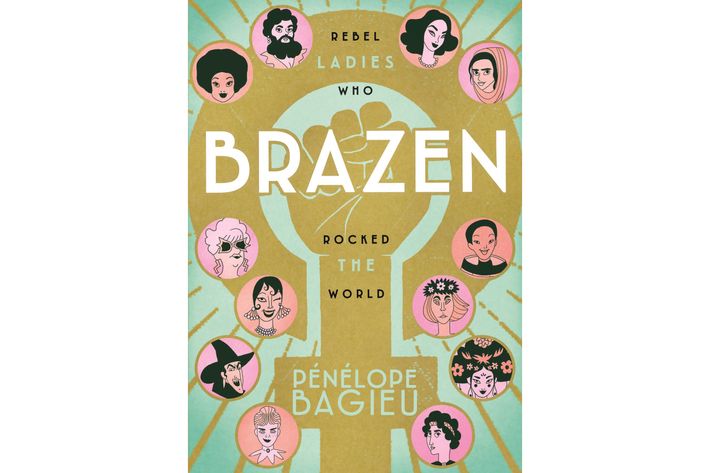 Brazen: Rebel Ladies Who Rocked the World by Pénélope Bagieu (First Second)
Grade-schoolers are ravenous for sequential art, and librarians and teachers can hardly keep supply up to speed with the demand. Luckily, the industry has woken up to the importance of the youth market, and no publisher is better at servicing it than First Second. Now, the publisher is releasing Brazen, and it’s sure to be a hit among folks in elementary school. It’s a thick collection of nonfiction vignettes about female historical figures, and it’s a delight from start to finish. There are some familiar names here (Josephine Baker, Hedy Lamarr, Temple Grandin), but cartoonist Pénélope Bagieu deserves acclaim for focusing primarily on lesser-known individuals. They run the gamut of region and ethnicity, from Dominican anti-Trujillo rebels the Mirabal Sisters to Apache warrior-shaman Lozen, Chinese sovereign Wu Zetian to ancient Greek gynecologist Agnodice. The crisp, cartoony art is expressive and fun, and the short narratives will kick-start many a great presentation in social-studies class. 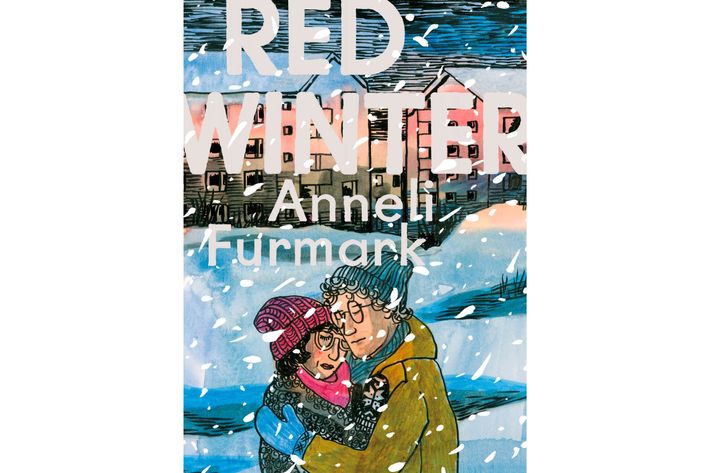 Red Winter by Anneli Furmark (Drawn + Quarterly)
Last month marked the 170th anniversary of The Communist Manifesto, and what better way to celebrate that wacky tract than by reading a somber graphic novel about revolutionary reds in 1970s Sweden? Anneli Furmark is one of that nation’s finest cartoonists, and Drawn + Quarterly’s translation of Red Winter, her chronicle of love and politics, is a must-read. In captivatingly crude lines, rough-hewn backgrounds, and light that alternates between hearth-fire warmth and subzero chill, Furmark builds a small town that feels like you can reach into the page and grab ahold of it. Against that backdrop, she tells a tale about a small group of friends and comrades who are gradually ripped apart by infidelity and betrayal of the planned proletarian uprising. It all moves with a distinctly Scandinavian deliberateness, and the resulting narrative is at once a universal story of human foibles and a fascinatingly specific time capsule from an area rarely chronicled in sequential art. 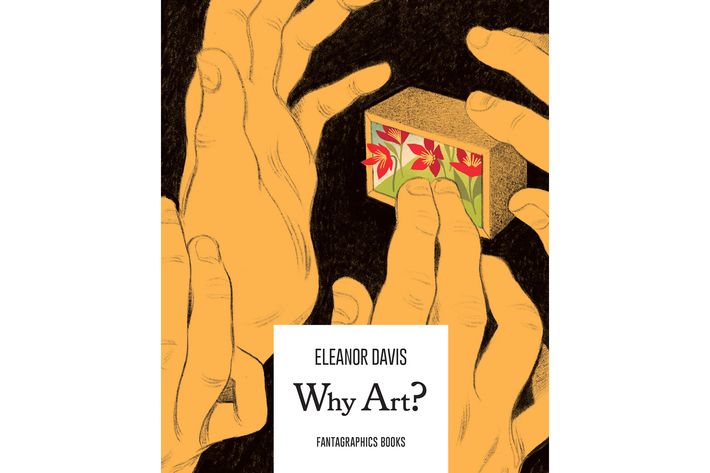 Why Art? by Eleanor Davis (Fantagraphics)
All hail Eleanor Davis. After putting out You & a Bike & the Road, one of the best comics of 2017, the cartoonist wasted no time in publishing another contender for the year-end lists, the clever and unexpectedly powerful Why Art? It begins as an idiosyncratic taxonomy of kinds of art (“Orange artworks; Blue ones; Both orange and blue elements”), but eventually segues into a Borgesian examination of the work of various imagined artists whose pieces range from talismans that cause you to change color to paper-based art constructed by a man made of paper. The book abruptly coalesces into a surreal narrative that ends up being both a meditation on the creative process and a universal cry for optimism in the face of catastrophe. 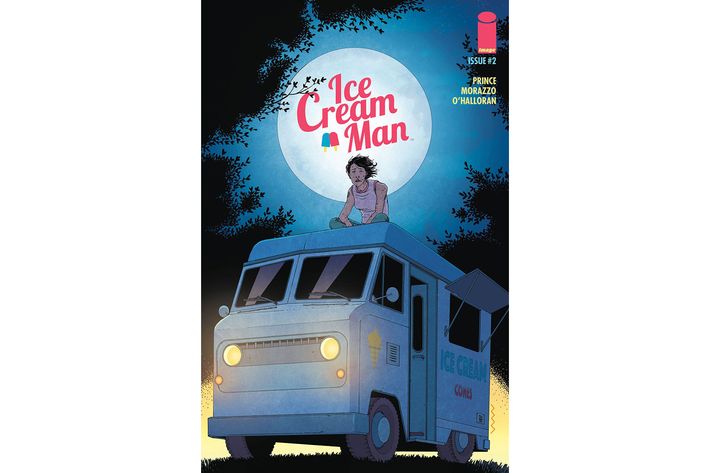 Ice Cream Man by W. Maxwell Prince, Martin Morazzo, and Chris O’Halloran (Image)
I scream, you scream, we all scream. Oh, and there’s ice cream, but that’s less important than the screaming. There’s a sweet treat that just landed in the comics game, one unlike anything else on stands right now, and it’s called Ice Cream Man. It’s an anthology of individual stories held together by the recurring presence of a vaguely sinister ice-cream man — think of it as an unsettling and surreal riff on High Maintenance. The title character travels from town to town, delivering his wares to people in need of meaning or redemption or aid, and the results are never what you expect them to be. Penciler Martin Morazzo has an evocatively brittle approach to line work and a talent for upsetting facial expressions, and colorist Chris O’Halloran infuses everything with block colors that, like the ice cream, seems simple but contains much sinister import. 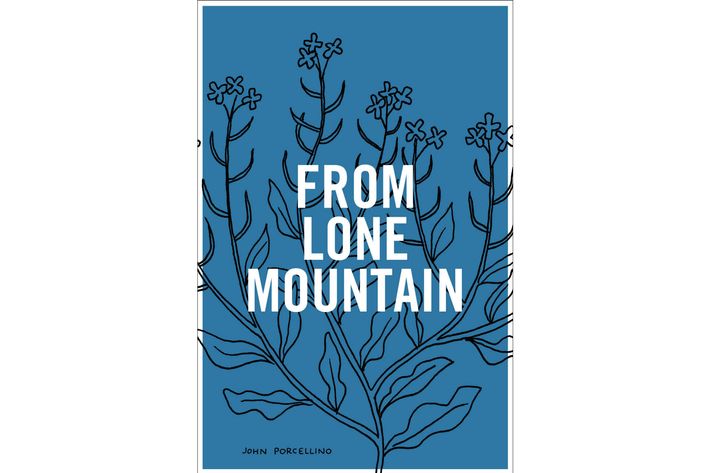 From Lone Mountain by John Porcellino (Drawn + Quarterly)
These days, anybody can make sequential art about the quotidian aspects of their lives and get it out to a wide audience. But not so long ago, putting your diary comics in front of people required considerable effort and gumption. Just ask John Porcellino, whose King-Cat Comics periodical has been running since the heady analog days of 1989. From Lone Mountain collects editions of King-Cat from 2003 to 2007, and it’s a marvel of grace and simplicity. Within its pages, we watch Porcellino traverse the country with his beloved wife and cat, mourn the loss of his father, and reminisce about his problems with alcohol, but he’s at his most effective when he keeps things exceedingly simple. Porcellino is a pensive man with a penchant for Zen thought, and many of the entries here read like Buddhist poetry. He’ll render minimalist renditions of the world in clear inks and accompany them with brief statements like, “Morning light, dreams” or just, “It’s beautiful.” The inclusion of extended prose sections and the “King-Cat Top Forty” lists of things he likes (his wife and cat are always at the top) is an added treat. 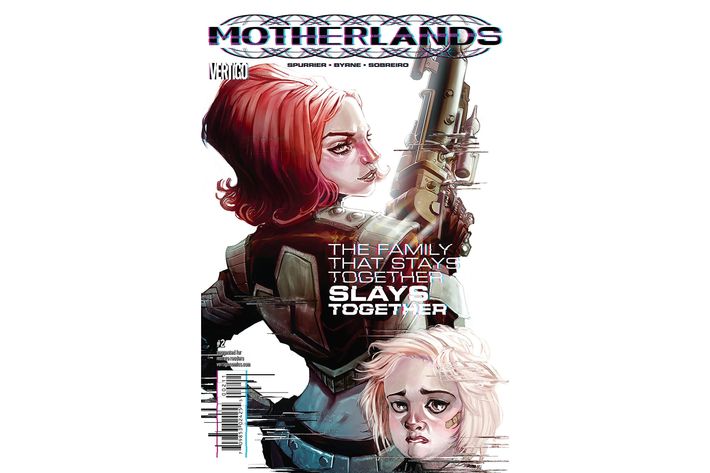 Motherlands by Si Spurrier, Rachael Stott, and Felipe Sobreiro (DC)
Vertigo ain’t what it used to be. The industry-altering DC imprint was once at the vanguard of change for mainstream comics, but has since dwindled into a tiny handful of mostly ignored titles. There’s a reboot on the way in August, but even before then, Vertigo fans have cause for celebration in the form of Motherlands, a fascinating new series from writer Si Spurrier and artists Rachael Stott and Felipe Sobreiro. As is typical of Spurrier, the concept is exceptionally high: In a world where Earth long ago made contact with myriad alternate-universe versions of itself, lethal enforcers leap from dimension to dimension in an effort to keep the peace — and, in some cases, earn a little side cash as celebrities. When the child of one such celeb gets into the family business and is forced to team up with her mama, sci-fi shpilkes ensue. Stott and Sobreiro are worthy of particular praise for their vivid facial acting and awe-inspiring megalopoli. 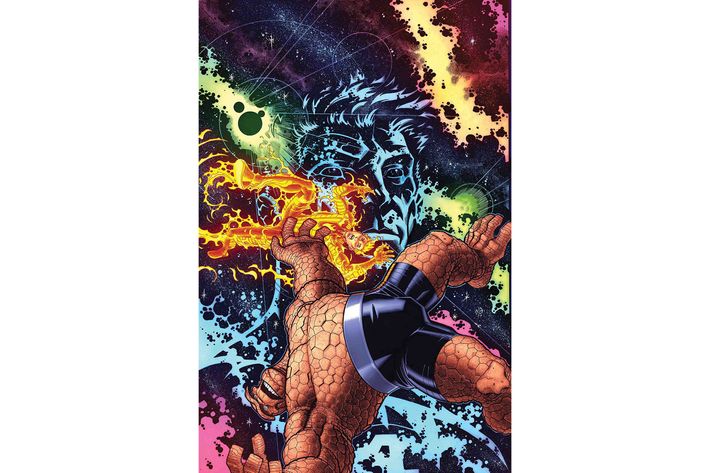 Marvel Two-In-One by Chip Zdarsky, Valerio Schiti, and Frank Martin (Marvel)
It’s been a sad few years in the Marvel Universe. The superteam that kicked it all off in 1961, the company’s First Family, the beating heart of the Marvel enterprise, the Fantastic Four, have been MIA. A cosmic event whisked away Mr. Fantastic and the Invisible Woman, leaving us without a Fantastic Four series since 2015. But they’re back … sort of. The two remaining members, the Thing and the Human Torch, are keeping the team’s dream alive in Marvel Two-In-One, a new title from superstar writer Chip Zdarsky and the explosive, emotive artistic duo of Valerio Schiti and Frank Martin. It’s almost certainly a prologue to an FF revival, but history will show that it stood on its own as funny and empathic story about legacy, grief, and (this being Zdarsky) zingers. 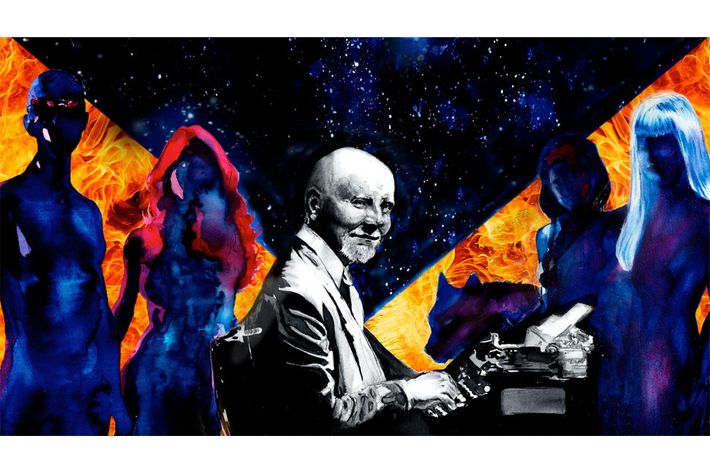 Chris Claremont’s X-Men by Patrick Meaney (Respect Films, XLrator Media)
Chris Claremont occupies a curious space in the annals of the American comic book. On the one hand, he did not create the X-Men — indeed, they’d come into existence well over a decade before he started penning their adventures. On the other hand, it’s very likely that you would never have heard of those angsty mutants if not for his work. Over the course of a decade and a half, Claremont created the defining chronicles for those characters (“The Dark Phoenix Saga,” “Days of Future Past,” “God Loves, Man Kills” … the list goes on and on). Director Patrick Meaney has set out to explain how it all came to be and what it meant in his documentary, Chris Claremont’s X-Men, which was just released on VOD. Featuring extensive interviews with Claremont and his collaborators (editor Louise Simonson is a particular delight), it’s a charming trip down metahuman memory lane for newbies and longtime fans alike.