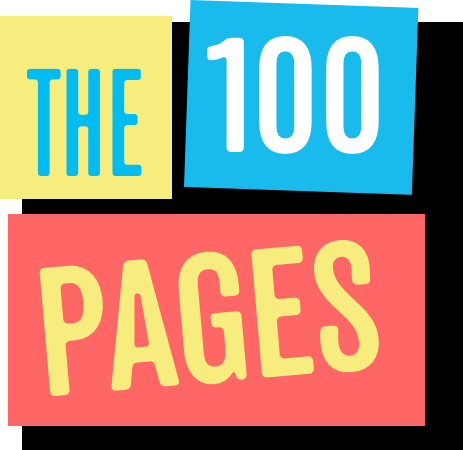 This week, we assembled a list of 100 pages that shaped the course of American comic books. There are many candidates for the title of “first American comic book,” and we chose to begin our retrospective with a page from Lynd Ward’s 1929 proto–graphic novel Gods’ Man. It’s a wordless narrative told in the form of woodcut images, telling of a young artist who makes a Faustian pact with a mysterious stranger to get a magic paintbrush. It was a smash hit at the time, and though it’s largely forgotten by the general public now, one man has kept Ward’s memory alive: cartoonist and comics historian Art Spiegelman. We caught up with Spiegelman to talk about who Ward was and why Gods’ Man still matters. The following is an edited version of our conversation with him.

I first encountered Ward’s work, I think, as a teenager. There were some reissues that came out in the ’60s and I found it. I immediately saw it as an extension of the things I was interested in, which is lowbrow pulp. This was somehow part of my slob-snob culture, but a pretty classy aspect of it. In other words, it was somehow related to comics.

Gods’ Man was the first one I discovered. I was very impressed specifically with the technique. Each of the pictures were so built, and understanding that they were chopped into wood was interesting. I already had a tilt toward Expressionist-looking images and this was definitely in that zone. I think the idea of a magic brush — I still want one. I already was also into silent movies, and it was obviously akin in its inspirations to that. There were comic books that were done with great dedication, but they were few and far between. Most comic stuff seemed like it was not considered. Here was clearly a deeply built thing.

I ultimately got to meet Lynd Ward at an unrelated woodcut show in upstate New York when I was kind of a campus hanger-on, having been kicked out of college. He was just surprised I was by far the youngest person in that room. I think the next youngest person was in their 60s, and then up from there. It was late in his life. He had friends who had a framing shop and gallery in Binghamton, New York, and he was selling mostly his landscapes and things like that on his woodcuts. And I asked him what comics he liked as a kid, and he just looked blankly at me like, “Comics?” And he explained that his dad had been a progressive preacher in Chicago, actually, and as a result, Sunday funnies were not part of life. That was a day of worship.

He grew up with Gustave Doré’s Bible illustrations as his pulp narratives. And he grew up with them in a very isolated situation. He had developed tuberculosis and, as a result, he was up in the wilds of Canada because the air was thin enough to be breathable. He had contracted it because his father had been working in the slums with poverty-stricken workers. He spent large chunks of the year off in almost isolation in the woods in the far north looking over and studying his Doré woodcut engravings. And when I said, “Are there any comics you looked at since?” the only comics he thought of that he actually admired and liked was Prince Valiant.

He was a progressive, ambitious, young artist who studied in Germany after he finished his American schooling, and found himself lucky enough to go to Paris where the action was, then to Germany where he ended up studying wood engraving, woodcuts, and lived that life. It was there that he found the work of Frans Masereel, who is the person that invented this genre, and is the most prolific worker in it. Belgian, very left wing, very exuberant style, and intense maker of woodcuts, who kind of by making a cocktail out of medieval wooden chapbook, and the silent cinema frames, and an interest in woodcuts, coming into Europe made him do these picture stories. They were intense, exciting, and certainly excited the young Lynd Ward.

Kicking around back in America and New York looking for illustration work, he had been inspired by what he’d seen by Masereel, and it made him do things that were more detailed kinds of woodcuts than the white cuts of Masereel. He got a publisher interested and Gods’ Man was done in some kind of ungodly quick time. He was doing the process of making wood engravings, telling the story in pictures, and nobody in America had really seen anything like it. There was nobody to speak of who had seen Masereel’s work, so this was the first exposure to such a thing.

It caught on like wildfire, even though it came out on literally Black Tuesday, or Black Friday. I’d have to look in the book to remember which day was black enough to inaugurate the Great Depression in 1929. The result was a book that became a kind of best seller, cause célèbre when it came out. So he was riding high and did more of these books. I don’t think any of them did quite as large an edition, or as well as Gods’ Man, but the novelty of it alone caught people’s attention.

His novels became more ambitious. Wild Pilgrimage was a more political story, more nuanced, more psychologically engaged by having two colors of woodcuts. The objective action was in black-and-white prints and the subjective action you cut to the world as seen by this kind of homely, hulking, unsatisfied worker. His subjective world was done in brownish-red sets of paints. The story would flash between the two points of view. And Ward had in the first book, second book, and all of them, a much more theatrical, cinematic approach to the compositions, a strong awareness of old venerable German woodcuts from the Middle Ages, and built something kind of extraordinary with that.

His last woodcut novel was in 1937. It’s called Vertigo. It’s great. He’s trying to grapple directly with the rise of Nazism. It was a very complex story — like I said, his ambition kept him going. Vertigo was one that tells of a love triangle between a strapping young man, a young woman who was an inspiring violinist, and a millionaire who was able to interfere in their lives without knowing he was doing it. It’s a totally thwarted love affair that goes through the Depression and economics of the Depression and the politics of all that in very, very beautiful woodcuts of various sizes.

A number of illustrators and cartoonists admired Ward. Myself included. I did a comic strip about my mother’s suicide called “Prisoner on the Hell Planet.” I was working on scratchboard in order to have some of the gravitas, the engraved quality of Ward’s images. Artists like Bernie Wrightson come to mind. People working in mainstream comics saw this and realized that it had remarkable qualities. Will Eisner claimed that he conjured up the term “graphic novel” for a book he was trying to sell to an adult audience because he was a kid when Gods’ Man was first published, so it landed on him. He obviously was influenced by it in the sense that he had wanted to be an Expressionist stage designer after seeing The Cabinet of Dr. Caligari and before settling for comics life and it shows in the kinds of compositions he used that Lynd Ward’s influence was often very useful to have. The pictures of him running through the city were an influence on Allen Ginsberg when he was writing of Moloch. When Susan Sontag wrote her really important essay on camp, which she made a list of high camp and low camp, she included Gods’ Man, because it hit her when she was young and she obviously was taken by it, but also saw it as histrionic, just a build to the top.

More generally, the model of something that is a picture story akin to comics that was accepted culturally was important to us. The cultural aspirations that came with my wanting to make comics of a certain moment and ones that Eisner had in his moment were given a model by Gods’ Man. These things, they burn their way into one’s eyeballs.

The 100 Most Influential Pages in Comic Book History