The comedy podcast universe is ever expanding, not unlike the universe universe. We’re here to make it a bit smaller, a bit more manageable. There are a lot of great shows and each has a lot of great episodes, so we want to highlight the exceptional, the noteworthy. Each week our crack team of podcast enthusiasts and specialists and especially enthusiastic people will pick their favorites. We hope to have your ears permanently plugged with the best in aural comedy. 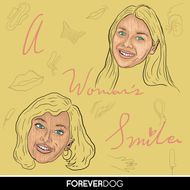 Noah: What the world needs now ain’t love, baby – it’s a scathing, absurdist, intersectional, radical feminist alt-podcast. And as one of the newest shows on the booming Forever Dog network, the humor of A Woman’s Smile is raw and self-assured right out of the gate. Patti Harrison and Lorelei Ramirez play the podcast like a public-radio-style opinion program hosted by two deadpan sycophants with inconsistent values, whether it’s promoting the female-empowerment summer jam “Do You Like My Fat Ass?” or letting the entire episode be sponsored by the war criminals at Blackwater. With DJ-model-designer Quint Ass (played by fellow New York comedian and SNL writer Anna Drezen) in studio to dunk on fashion with them, Harrison and Ramirez enter second gear and prove that their shared voice is anything but a trend. Plus, the serial-killing doll Chucky makes his triumphant return to the show with the creaky door, desperate scream, and distorted cackling sound effects to match. 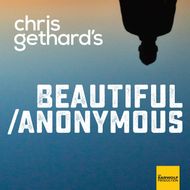 Elizabeth: This week’s Beautiful/Anonymous may be the most dramatic and enthralling call yet. Chris Gethard connects with a caller who is about to report for a 46-month sentence at a federal prison. She and her now-husband were distributing a pound a day of meth and cocaine that was trafficked by the Mexican cartel. Since her arrest, she’s gotten clean, and she and husband got married so they could have contact. She takes Gethard through the story of going from working as a EKG tech to casual user to addict to dealer. While the caller is incredibly positive and hopeful, she still emphasizes that she needs to make her amends and has regrets, including putting drugs on the street and damaging her relationship with her children. The episode has several unbelievable moments and dramatic stories, but her openness and honesty about her experience with addiction may be the most powerful part.

Everything Is Rent - You Okay Honey? With Nicole Byer 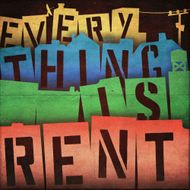 Anna: Anyone who has ever stepped foot in drama club will feel at home, or at least in high school again, with Everything is Rent. UCB comedians Beth Appel and Sarah Claspell, who are unsurprisingly serious fans, dedicate each episode to a song from the iconic Broadway musical. This week welcomes guest Nicole Byer (Loosely Exactly Nicole, Nailed It!, Why Won’t You Date Me) to dish on everyone’s obvious favorite track, “You Okay Honey?” Between performing La Vie Boheme with a rickety folding table in a talent show and attending musical-theater school when Rent’s popularity was being replaced by Wicked (you get this is a niche podcast, right?), theater nerd Byer has tons to say. After she reveals the clever ways she saw Broadway shows, we listen to the song — a meet-cute between Angel and Collins. Naturally, Appel and Claspell relate its dating theme to Byer’s own dating-centric podcast. Lyrics in hand, the three dissect the “Tom Collins” joke, research condom history, and potentially reintroduce the phrase “I’m flush.” An ending game of Rent-themed “fuck, marry, kill” feels aligned with this sexually charged show that lives forever in our high-school hearts … and podcast downloads. 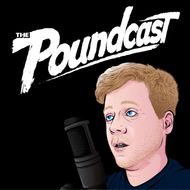 Pablo: If you’re not familiar with Derrick Beckles, a progenitor of both the public-access and funny-nightmare aesthetics that are now commonplace in modern comedy, this week’s episode of The Poundcast is a great place to start. Beckles is on to promote his latest grotesquely hilarious creation Mostly 4 Millennials, a TRL-meets-LiveMe stream parody hosted by himself and an irritated Fred Durst – sometimes on purpose, sometimes not – as the show’s DJ. But most of the episode goes over Beckles’s long, diverse career that includes directing the cult documentary Strip Club DJs and helping launch Vice’s early video foray, Vice TV. But it’s his VHS mash-ups, TV Carnage, that might have had the most influence on beloved comedy nerd shows like The Eric Andre Show (Beckles was a writer on that, and Andre serves as a producer on Millennials). Predating the easy-to-surf YouTube collections of creepy, odd, and just plain weird clips we now have at our fingertips, Beckles talks about spending his youth recording any oddity he could find on TV and later editing them, in a now-ordinary ADHD style, into TV Carnage VHS compilations that became underground gold. It’s a great lesson in comedy: Do what makes you laugh, even if nobody else gets it but you, because once everybody catches on, it’ll allow you to trick Pat O’Brien into starring in a nightmarish Access Hollywood parody. 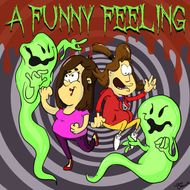 Tom: Consider this your first and last warning. You are now entering a dimension between the horrifying and hilarious, the dreadful and delightful, and the abnormal and amusing. Welcome to A Funny Feeling. If you’re feeling brave, join comedians and paranormal enthusiasts Betsy Sodaro and Marcy Jarreau as they welcome guest Paul Welsh (Crazy Ex-Girlfriend) to discuss the unknown. Whether it’s his experiences with polite ghosts or tips on how to best deal with deceased relatives who visit you at college, this discussion is sure to send chills down your spine. Still here? Wow, you have more courage than I thought! Okay, well, Paul’s story about the “Jesus Tree” in the spooky state of Connecticut will prove to be a true test of strength for you then. In addition to Paul’s mythical memoirs, Betsy and Marcy read some truly terrifying stories submitted directly from listeners of the show. OooOOOooo, scary. Tune in if you dare.

Bubble - Into the Brush 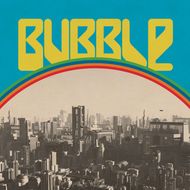 Marc: The quality of narrative podcasts — scripted stories, comedy and otherwise — continues to get more and more amazing. From the writing to the production values, podcasting has bumped up a level in the past couple of years. Case in point is Bubble, the first scripted comedy series to come out of the Maximum Fun network (home to Jordan Jesse Go, Judge John Hodgman, My Brother, My Brother and Me, etc.) Set on an alternate Earth that’s both kind of close to ours and kind of not, in the latest installment the motley crew of monster-hunters at the core of the story have ventured out from the doomed city of Fairhaven out into “The Brush,” an untamed wildlands filled with danger … and hippies. The show’s a mishmash of pop-culture riffs, snarky cross talk between the characters, and slightly bewildering plot points, all delivered in rapid-fire dialogue that gets funnier the deeper you go. A great cast of regulars including Alison Becker (Parks and Recreation), Keith Powell (30 Rock), Cristela Alonzo (Cristela), Eliza Skinner (The Late Late Show) and Mike Mitchell (Love) is joined by a massive crew of guest stars from TV, movies, and podcasting. At less than 30 minutes per episode, you’ll be caught up in no time.

Other Podcasts We’re Listening To:

Who You Were - Jim Gaffigan
Listen: Spotify | Apple | Website

Got a comedy podcast recommendation? Drop us a line at comedypodcasts@vulture.com.

+Comments Leave a Comment
This Week in Comedy Podcasts: A Woman’s Smile