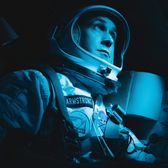 Festival viewers were over the moon for Damien Chazelle’s Neil Armstrong biopic, and the love hasn’t waned now that the movie’s opened. First Man’s grounded take on the space race got a rousing reception at a VIP screening I attended recently, and the film’s earned raves from every star in the critical firmament except Richard Brody. However, one small note of caution — even positive reviews like Peter Travers’s note that some viewers may find First Man “too remote or cool to the touch.” 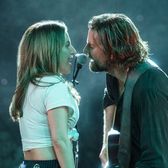 A Star Is Born was projected to make around $30 million in its opening weekend. It pulled in nearly $43 million. A recent Academy screening was jam-packed, with lines worthy of a new iPhone, and some would-be attendees were turned away at the door. (“I have never seen that — ever,” a veteran publicist told THR.) Team Star is so confident in its chances that they’re even submitting the film as a drama to the Golden Globes. Basically, if A Star Is Born’s Oscar campaign was in A Star Is Born, right now we’d be at that montage where Lady Gaga bangs a tambourine onstage. But there’s still plenty of movie to go at that point, and as Awards Daily’s Sasha Stone notes, becoming the Oscar front-runner this early means getting a target on your back that won’t go away for four months. 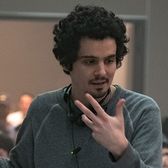 This category tends to go to the filmmaker who’s managed the most outstanding technical achievement, and even those who find First Man slightly cold concede that Chazelle, the youngest-ever Best Director winner, pulled off a monumental feat. I was curious how the film’s moon-landing sequence would play in theaters smaller than the IMAX venue it screened at in Toronto, but my second viewing at a basement theater in midtown had the audience rapt, too. 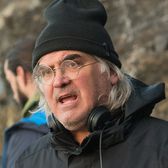 Greengrass’s latest docudrama, a re-creation of Anders Breivik’s 2011 terror attacks in Norway, has critics praising his technical acumen even while they wonder why the movie needed to be made. He’s been nominated once before (and directed another Best Picture nominee), though 22 July being a Netflix movie introduces two major hurdles: (1) The streamer already has a strong contender in this category in Alfonso Cuarón, and (2) how many viewers streaming the movie at home will be able to make it through its opening massacre? 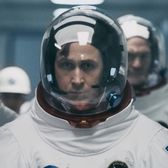 The savvy take on First Man seems to be that Gosling’s chances aren’t as strong as you might think, since the movie paints Neil Armstrong as such an emotionally closed-off loner. But I think that underscores just how much of this movie is Gosling’s face. His closing credit received a huge round of applause at the VIP screening I attended, and I think it’s possible that, just as Armstrong was carried toward the moon on the back of a gigantic rocket, Gosling could reach his third nomination riding Academy affection for this film. 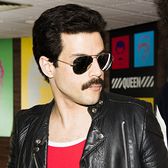 This Freddie Mercury biopic is just starting to screen, and GoldDerby’s Tom O’Neil came out of his viewing convinced the Mr. Robot star will be Bradley Cooper’s strongest competition in the Best Actor race, as long as voters can look past the fact that he doesn’t do his own singing. Just like Star Is Born, Bohemian Rhapsody is submitting in Drama for the Golden Globes, though that move comes with slightly more risk for a lower-profile film: It could score some crucial noms and surf the added prestige boost to Oscar glory, or be snubbed entirely. 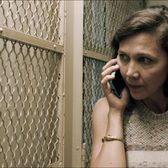 Oscar fans love to complain that Gyllenhaal got her only Academy Award nomination for Crazy Heart, one of the weaker parts in her filmography, so they’ll be happy to see she’s earning great reviews for her “beautifully nuanced” performance in a more difficult role. She’ll have to raise the profile of this Netflix release if she wants to break through, and she’s been trying, sitting for Q&As at the opening night of the Hamptons Film Festival last weekend, as well as with New York’s own David Marchese. 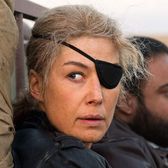 After this biopic of war correspondent Marie Colvin screened at TIFF, THR’s Scott Feinberg dubbed Pike the newest entrant in the Best Actress race, with one caveat: “The biggest awards-related question about A Private War …  is not whether Pike does awards-worthy work, but whether Aviron Pictures, David Dinerstein’s new distribution company, can get awards voters to see it?” They’re doing their best: Pike and co-star Jamie Dornan made the trip out to the Hamptons to promote the film, and the actress landed the cover of Cristina Cuomo’s new wellness glossy The Purist, which was as ubiquitous at the festival as Lululemon. But reviews of her performance have so far been mixed.

Glenn Close, The Wife; Viola Davis, Widows; Lady Gaga, A Star Is Born; Melissa McCarthy, Can You Ever Forgive Me?; Emma Stone, The Favourite 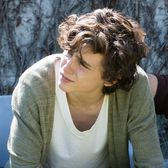 Beautiful Boy went into Toronto with high hopes, but the muted reception there suggested the movie might only be a player in the acting categories. Whatever they think of Felix Van Groeningen’s film, critics agree that young Chalamet, playing Steve Carell’s drug-addict son, turns in another fantastic performance. “With moments reminiscent of James Dean, the ne plus ultra of these roles, Chalamet both echoes the best of what’s come before and makes the part his own, allowing us to feel we’ve never seen a character like this,” the L.A. Times’ Kenneth Turan writes. “If you want to witness what honesty, authenticity and a remarkable gift can accomplish, this is the place to go.”

There was a little bit of mystery about how Green Book would sort out its two actors, Oscar-wise: Though they’re both leads, no film has managed two Best Actor nominations since Amadeus. Rather than try to beat history, Universal has decided to slot Ali, who has slightly less screen time than Viggo Mortensen, in Supporting. In a film that’s all about the power of interracial friendship, it’s not a great look, but it probably is the savvy play. 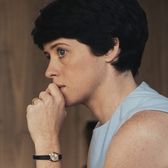 The ovation for Foy’s credit at my showing of First Man was almost as big as Gosling’s, and the actress was the belle of the ball at the post-screening reception. Foy is going to be pounding the pavement all season long, and it doesn’t hurt that she’s got the most showy emotional scenes of anyone in the movie. Her delivery of the phrase “bunch of boys” is already iconic. 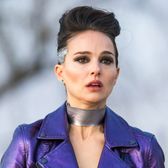 Another bit of category confusion: Portman plays the older version of the film’s protagonist, but she doesn’t show up until an hour in. Neon recently gave Vox Lux a December release and this week the distributor revealed that Portman’s world-weary pop star would indeed run in Supporting. The film’s graphic violence and, shall we say, “European” sensibilities may make it a hard sell for the Academy crowd, but Best Supporting Actress feels very unsettled right now, and Portman’s got a better chance of sneaking through if she’s not going up against Gaga.

vulture 10x10 27 mins ago
The Hot Puzzle 3-Down, Four Letters: MacGuffin in a heist movie, maybe.
overnights 10:55 a.m.
90 Day Fiancé Recap: Bringing Up Baby Kudos to Emily’s parents for staying out of this fight.
bbmas 2022 9:02 a.m.
The Highs, Lows, and Whoas of the 2022 Billboard Music Awards Whoa: A fever dream of an opening.
since when Yesterday at 10:40 p.m.
Machine Gun Kelly Dedicates 2022 BBMA’s Performance to Wife and Unborn Child And on a Blood Moon, no less.
overnights Yesterday at 10:33 p.m.
Barry Recap: Justice Is Still Attainable If Barry does want to genuinely atone for what he’s done, what does that look like?
overnights Yesterday at 9:00 p.m.
The Real Housewives of Atlanta Recap: Let the Games Begin Playing games with the RHOA cast more often than not ends in orchestrated chaos.
overnights Yesterday at 8:57 p.m.
Gaslit Recap: Hot Tub Backroom-Deal Machine It’s pretty clear that Dean does not like himself right now. Nor should he!
another one Yesterday at 8:52 p.m.
Kourtney Kardashian and Travis Barker (Maybe) Got Married (Again) Maybe this time, we’ll be lucky.
timey wimey Yesterday at 7:20 p.m.
Oi Spaceman! David Tennant and Catherine Tate Are Coming Back to Doctor Who Are we bothered?
snl Yesterday at 7:02 p.m.
SNL Thinks Your Long-Term Boyfriend Is Old Enough to Run Errands All on his own!
2022 bbmas Yesterday at 6:52 p.m.
Here Are the Winners of the 2022 Billboard Music Awards A big night for Ye’s Christian/gospel rep.
snl Yesterday at 5:52 p.m.
Steve Martin Explains the History of the Whoopee Cushion on SNL Along with Selena Gomez!
overnights Yesterday at 3:06 p.m.
Saturday Night Live Recap: Selena Gomez Is Looking for Love Selena Gomez makes her SNL hosting debut in an episode that has more misses than hits.
overnights Yesterday at 2:00 p.m.
Conversations With Friends Recap: Kiss and Tell Bobbi is too self-absorbed to realize Frances has a crush of her own.
overnights Yesterday at 12:00 p.m.
Conversations With Friends Series-Premiere Recap: Just Being Polite We’re back to the Sally Rooney Cinematic Universe, this time investigating the inner lives of four friends/lovers.
yikes Yesterday at 9:00 a.m.
A Warning From the Future About The Time Traveler’s Wife A time-traveling TV critic considers Steven Moffat’s strangely chintzy, tonally odd adaptation of the 2003 novel.
theater review May 14, 2022
A Cherry Orchard That Chops Down Most of the Trees Chucking out the familiar in search of the truth.
celebrity May 14, 2022
Britney Spears Reveals She Lost Her ‘Miracle Baby’ “This is a devastating time for any parent.”
go nuts for donuts May 14, 2022
WATCH: Kendrick Lamar Floats on in ‘N95’ Music Video A follow-up to “The Heart Part Five.”
walk off May 14, 2022
Jesse Williams Is ‘Not Really Worrying’ About Leaked Take Me Out Video The Broadway show is upping security after nude footage of Jesse Williams went viral.
More Stories