Hollywood is still learning from the success of Jordan Peele’s Get Out, a “social thriller” that quickly became both a cultural phenomenon and the first great movie of the Trump era. (Also, it netted Peele the Best Original Screenplay honor at last year’s Oscars, making him the first black winner in the category’s history.) Since then, naturally, Peele’s had no shortage of buzzy opportunities to replicate Get Out’s success, which have included reviving one of the most famous television shows in history and writing and directing yet another big-screen horror outing. But for all the scaredy-cats out there who prefer Key & Peele Peele to Get Out Peele, he also has some non-spooky stuff on the horizon that you may love, too. Whether behind or in front of the camera, here’s what to expect from Peele in 2019 and beyond.

Your journey through another dimension, a dimension not only of sight and sound but of mind, will come thanks to CBS All Access rebooting the iconic Twilight Zone with Peele executive producing, hosting, and narrating. The network has described Peele’s vision as a “modern reimagining” of some of the show’s most seminal episodes — such as a “Nightmare at 20,000 Feet” — with the likes of Adam Scott, John Cho, Kumail Nanjiani, Ike Barinholtz, and Ginnifer Goodwin confirmed to star. “Rod Serling was an uncompromising visionary who not only shed light on social issues of his time, but prophesied issues of ours,” Peele said at the time of the show’s announcement. “I’m honored to carry on his legacy to a new generation of audiences as the gatekeeper of The Twilight Zone.”
Release date: April 1

The Hunt
Peele is executive producing Amazon’s The Hunt, a ten-episode vengeance drama inspired by true events that follows a group of Nazi hunters who “assembled in the 1970s to seek vigilante justice against members of the Reich who fled to the United States and disappeared” with the assistance of the government. Al Pacino is making a rare jump from film to television for the lead “Hunter” role. “I immediately knew that we had to be involved,” Peele explained last year when Amazon confirmed its involvement. “It’s cathartic. It’s noir. It’s frighteningly relevant. It’s exactly what I want to see on television.”
Expected release date: Late 2019 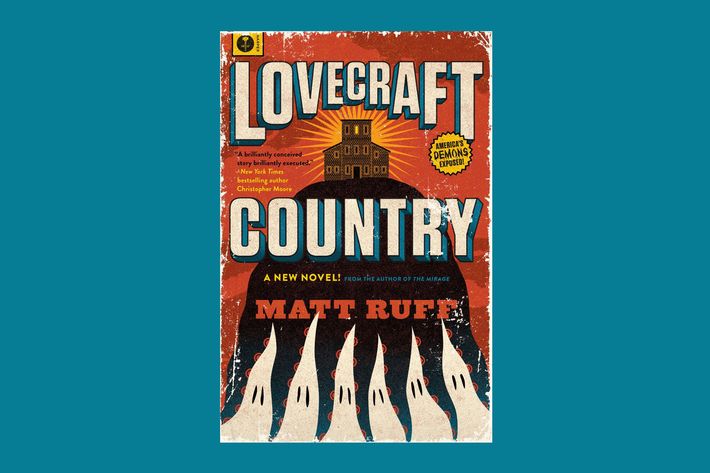 With a cast including Michael Kenneth Williams, Courtney B. Vance, and Elizabeth Debicki, Peele is executive producing Lovecraft Country as an HBO mini-series alongside J.J. Abrams. (It’s adapted from the novel of the same name by Matt Ruff.) The series follows a young man who teams up with a female friend and his uncle to “embark on a road trip across 1950s Jim Crow America in search of his missing father,” even if that means “struggling to survive and overcome the racist terrors of white America and the terrifying monsters that could be ripped from an H.P. Lovecraft paperback.”
Expected release date: Late 2019

After teasing viewers for months about what his cinematic follow-up to Get Out would be, Peele finally revealed the trailer and description of Us, another “social thriller,” over the holidays. Starring Winston Duke and Lupita Nyong’o as parents of two children who are seemingly being haunted (and hunted down) by doppelgängers during a beach vacation, the family quickly realizes that they have to kill or be killed. “Stories about monsters are one of our best ways of getting at deeper truths and facing our fears as a society,” Peele explained during a trailer screening. “Us is about something that’s become an undeniable fact: The simple truth that we are our own worst enemies.”
Release date: March 22 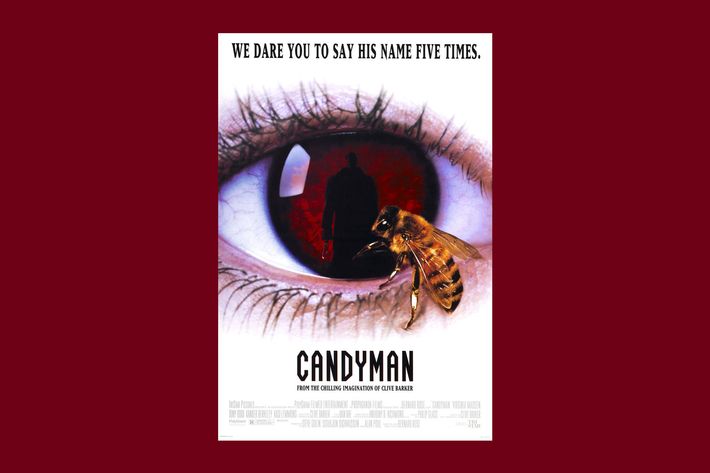 Peele is executive producing Candyman, a “spiritual sequel” and reimagining of the 1992 horror classic that will return to “the neighborhood where the legend began: the now-gentrified section of Chicago where the Cabrini-Green housing projects once stood.” The original Candyman dealt with a graduate student in pursuit of a thesis on urban legends, and how she discovered that the titular character was the son of a slave who was murdered by his lover’s father. That, and you can also conjure him by reciting his name into a mirror.
Release date: June 12, 2020

Wendell and Wild
Taking a foray into stop-motion animation for Netflix, Peele is reuniting with his comedy partner Keegan-Michael Key for Wendell and Wild, which is described as a comedy revolving around two scheming demon brothers. (Yup, they voice the bros.) Peele is also executive producing and co-writing the otherwise shrouded-in-secrecy project.
Release date: TBD

Alongside Key, Peele is voicing a stuffed carnival bunny in the hotly anticipated Pixar film. You can hear them both palling around in the above teaser.
Release date: June 29

Abruptio
Lending his voice to this “surrealistic thriller/horror” film performed entirely by “lifelike puppets,” Peele will be a supporting character who helps out the down-on-his-luck lead (James Marsters) who “wakes to find an explosive device has been implanted in his neck” and has to carry out “heinous crimes in order to stay alive while trying to identify the mastermind manipulating the now twisted and strange world around him.” Not much else is known about Abruptio — which has been in production since 2015 — at this time.
Release date: TBD

+Comments Leave a Comment
And Now, Every Jordan Peele Project Currently in Development