With Game of Thrones and its monstrous ratings officially as dead as the Mother of Dragons, it’s reasonable to assume that every network executive is currently sitting in their office, laptop out, and Googling “oh my God, please give me a fantasy adaptation that can sustain itself for eight seasons.” Actually, that’s more than reasonable — looking back at the past year in terms of ambitious projects in development, it’s clear that all the big network players are hoping to recapture that Westeros magic in any way possible, green-lighting dozens and dozens of adaptations to fill the void.

But there’s a long road between a green light and a series actually making it to air. For every Thrones — which itself took more than four years to make it to TV after HBO first acquired the rights — there’s a Dragonriders of Pern, the Anne McCaffrey fantasy series that’s swerved in and out of development hell for over two decades. Sometimes, patience really is a virtue.

Given that there’s no shortage of (very exciting) announcements, Vulture decided to pick 15 of the TV fantasy adaptations we confidently feel will be premiering in the near(ish) future, as opposed to a one-and-done press release that hasn’t come to fruition after a few years’ time. Hell, some of them even already have a premiere date. So here’s what you should be keeping your eyes open for in 2019 and beyond — sorted, for your convenience, by how soon we’re likely to see them. 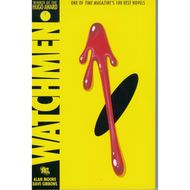 Damon Lindelof is out here comparing his “remixed” Watchmen adaptation — based on Alan Moore’s graphic novel about superheroes being treated as outlaws — to the goddamned Bible. It’s officially done shooting its first season and has a teaser, with Regina King, Jeremy Irons, and Don Johnson confirmed as leads. “The reason that I’m doing this is these are dangerous times,” Lindelof explained, “and we need dangerous shows.”

What’s the production status? It’s upon us very soon! HBO confirmed that the show will debut in fall 2019, with other actors, such as Jean Smart, Tim Blake Nelson, James Wolk, and Louis Gossett Jr., among the cast, and original music from Nine Inch Nails’ Trent Reznor and Atticus Ross on the soundtrack. 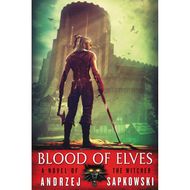 Three words: Legolas Henry Cavill. (The hair, anyway.) Andrzej Sapkowski’s saga revolves around a malaise-prone monster hunter with a great name (Geralt of Rivia!) who “struggles to find his place in a world where people often prove more wicked than beasts.” He eventually teams up with a princess and sorceress with the same ideals, who might be able to help him find meaning in this dark, cruel world after all — and also kill a bunch of monsters.

What’s the production status? We’ll get it alongside Watchmen, most likely. Netflix confirmed that the eight episodes will debut in fall 2019, with other cast members including Eamon Farren (that creepy guy from Twin Peaks: The Return) and Freya Allan. 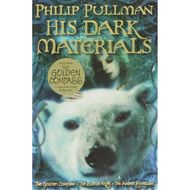 James McAvoy, Ruth Wilson, Dafne Keen, and Lin-Manuel Miranda are attached to lead this adaptation of Philip Pullman’s epic trilogy — The Golden Compass, The Subtle Knife, and The Amber Spyglass — which netted a second season before filming even began. (Just look at the spooky trailer!) Keen, whom you probably remember from Logan, will be the orphan hero who lives in a parallel universe and gets into all sorts of misadventures, mostly alongside Miranda’s balloon adventurer.

What’s the production status? The networks are going in on this one. A second season has already been commissioned well before the first season even airs, which will come Stateside sometime in “late 2019,” per HBO. That means we’re already confirmed for 16 episodes. 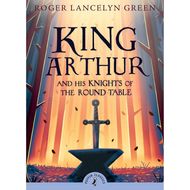 13 Reasons Why’s Katherine Langford is taking the lead in Netflix’s Cursed, which is based on the Lady of the Lake, the Arthurian legend. In a reimagining of the tale, Langford’s teen heroine and her “mysterious” gift are destined to become the Lady, and she unexpectedly teams up with “a young mercenary” named Arthur, after her mother dies, to find Merlin and give him his sword. This is less of a buddy comedy and more of a life-or-death quest.

What’s the production status? It’s chugging along! It’ll be filming until September, and other confirmed cast members include Devon Terrell and Gustaf Skarsgård. (Yup, those Skarsgårds.) Frank Miller (Sin City) and Tom Wheeler (Puss in Boots) are spearheading the adaptation. 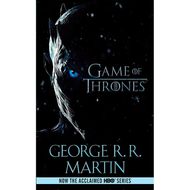 Unsurprisingly, the first (of apparently many) intended Game of Thrones spinoffs is up and running after Thrones’ very divisive final season. George R.R. Martin and Jane Goldman (Kingsman: The Secret Service) will be helming the pilot, which takes place about 10,000 years before the events of the original series, near the end of the Age of Heroes. “From the horrifying secrets of Westeros’s history to the true origin of the White Walkers, the mysteries of the East to the Starks of legend, only one thing is for sure,” HBO teases as the log line. “It’s not the story we think we know.”

Lord of the Rings (Amazon) 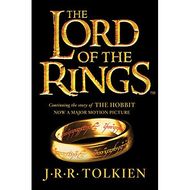 In an astonishing $250 million deal (as well as an even more astonishing reported $1 billion budget), this Lord of the Rings original series is being described as a prequel to J.R.R. Tolkien’s Fellowship of the Ring, with Amazon getting the full support of the Tolkien Estate and Trust. (The deal also includes the option for spinoffs.) Set in Middle-earth — duh — the adaptation is spearheaded by J.D. Payne and Patrick McKay, perhaps best known for their Star Trek 4 and Jungle Cruise scripts.

What’s the production status? Amazon gave the series a “multi-season, straight-to-series commitment,” and the showrunners were selected last year. The writers room is also in full swing, and reportedly has one hell of a security protocol for everyone involved. 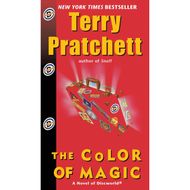 With Terry Pratchett’s Good Omens debuting on Amazon last month, we have another adaptation of his work to look forward to — only this is a little more punk rock. Based on his Discworld novels, The Watch follows a group of ragtag cops as they try to protect their city from “normalized wrongness” from the past and future, whatever that may entail. Death will be a character, obvi.

What’s the production status? Early stages! BBC America only announced this pilot order last October, so the writers room, lead by Simon Allen (The Musketeers) is in full swing with no casting announcements yet. There will also be eight episodes in total.

The Chronicles of Narnia (Netflix) 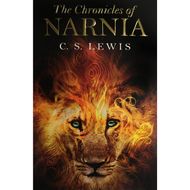 It’s the Chronic — WHAT! — ’cles of Narnia! Netflix is funneling ridiculous amounts of money to create a bunch of “classic stories from across the Narnia universe” for viewers, which will be explored with “new series and film projects.” It’s unclear what that exactly translates to — anything from a short film to a mini-series could happen, really — but all seven of C.S. Lewis’s books have been acquired for the very first time, so opportunities abound.

What’s the production status? Netflix confirmed the deal last October. Given that each Narnia project would involve a different showrunner and writers room, they’ll all be developed at different speeds.

The Wheel of Time (Amazon) 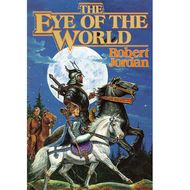 After gestating for a few years in development hell, Robert Jordan’s The Wheel of Time will finally get to tell its story of a world where magic exists and is part of daily life — but the twist is, only women can use it. Amazon will be going all-in on the viewpoint of Moiraine, a member of a shadowy organization with other young men and women, one of whom she believes might be a reincarnation of one of the most powerful beings to ever grace the earth. If that doesn’t break the group apart, who knows what can.

What’s the production status? Amazon confirmed a series order last October, saying each episode would be an hour long. Rosamund Pike will be starring as Moiraine, the lead, as well as serving as a producer. 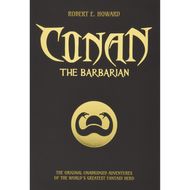 Not to be confused with the equally iconic Disney series Dave the Barbarian, Amazon’s Conan is teasing that its take on Robert E. Howard’s books will find the titular lead wandering the “mysterious and treacherous world of civilization, where he searches for purpose in a place that rejects him as a mindless savage,” after being banished from his homeland.

What’s the production status? Amazon confirmed last February that the series was in development, with a mix of creatives from Game of Thrones, Colony, and Fargo taking the reins. 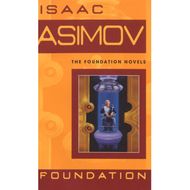 Isaac Asimov’s science-fiction trilogy is one of the many projects Apple’s new streaming service has in development, with Foundation chronicling the thousand-year saga of “The Foundation, a band of exiles who discover that the only way to save the Galactic Empire from destruction is to defy it.” Sounds neat.

What’s the production status? With Apple still remaining pretty coy about what exactly to expect from all of its shows (at least we have a name!) what we know is that Foundation has a ten-episode, straight-to-series order for a first season. David S. Goyer (a DC Universe VIP) and Josh Friedman (Avatar 2) will be sharing showrunning duties. 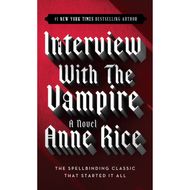 Just what the doctor ordered, sexy vampires! The Anne Rice–penned novels will be taking the form of one cohesive narrative by revolving around noted hero, antihero, and narrator — and did we mention vampire? — Lestat de Lioncourt, as he lives his best life and tries to hide his fangs from the general populace.

What’s the production status? Rice and her son, Christopher, will be executive producing. Hulu confirmed last July that Bryan Fuller was originally planned as the showrunner, but this new development stage will have the Rices primarily spearheading the series. It will reportedly begin shooting in Budapest in September, although no cast has been announced.

The Sirens of Titan (Undisclosed network) 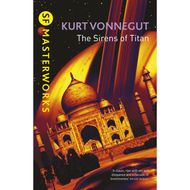 Comedy juggernaut Dan Harmon is going all-in on adapting Kurt Vonnegut’s 1959 novel for the small screen. (Everyone loves a good Vonnegut joint, after all.) The novel deals with the richest man in 22nd-century America, the humorously named Malachi Constant, who believes he possesses “divine favor” due to his remarkably good luck — luck that brings forth a journey to outer space and back in preparation of an interplanetary war. Not all goes according to plan.

What’s the production status? Kudos to Harmon, who, despite not having any network attachment yet, is hard at work writing the entire show. In a terrific GQ profile from last year, Harmon described it as a “miniseries.” 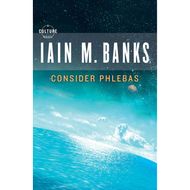 Not content with its Lord of the Rings and Wheel of Time acquisitions, Amazon is hoping to tantalize you with the first book in Iain M. Banks’s Culture space-opera series — a winding journey that’s best described as how a “highly advanced and progressive society” ends up at war with “a deeply religious, warlike race intent on dominating the entire galaxy.” Artificial intelligence, technology, and rogue agents are all woven in for good fun.

What’s the production status? The streaming network is working on a pilot to accompany its “sizable script-to-series commitment,” which will be written by Dennis Kelly (Utopia) and produced by Brad Pitt’s Plan B Entertainment. 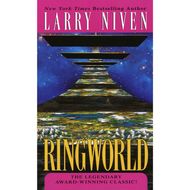 After Syfy failed its own adaptation attempt, Amazon stepped in to green-light Larry Niven’s seminal Ringworld sci-fi novel, which follows an apathetic man celebrating his 200th birthday “in a technologically advanced, future Earth.” You know what that means: journey time! He joins a young woman and two aliens on a voyage to Ringworld, a “remote artificial ring” that happens to contain a multitude of mysteries. Let’s hope they all come back from their mission (relatively) unscathed.

What’s the production status? This one we’re a bit less optimistic about, if we’re being honest. Despite Amazon teasing the development stages about two years ago in a big announcement, no other updates — such as showrunners or actors — have subsequently emerged.

This article has been updated six months after its initial publication date, to more accurately reflect the shows’ respective development periods.