The breakout characters of Stranger Things 3 — besides Maya Hawke’s Robin and Hopper’s floral shirt — are a bunch of exploding rats. As we learn early in the season, the rats of Hawkins have taken to eating fertilizer and other toxic chemicals, which (spoiler alert) leads to them exploding into blobs of goo capable of fusing with other blobs to create the huge, slimy embodiment of the Mind Flayer that terrorizes our heroes. The gooey rat blobs merge into what’s arguably the series’s most memorable, and definitely its grossest, monster creation to date, so Vulture set out to learn what went into making these menacing rodent splotches and the resulting “Goo Monster.”

It all began with the Duffer Brothers’ inspiration: John Carpenter’s 1982 film The Thing, which memorably features a dog that can take the shape of its victims. From there, it took three to four months for the show’s artists and visual effects team to develop the disgusting “Goo Monster,” which came to have several other nicknames internally, including the Goop, Gore Spider, and Spider Monster.

“Working on Stranger Things is like we’re all a bunch of 16-year-olds playing,” visual effects supervisor Paul Graff told Vulture. “The thing is The Thing, and The Thing was the thing, but one point of departure was for it to be gory, but not 100 percent serious — edgy and funny, but not cruel. We wanted to do something that was heavy and wet, but not traumatizing. It’s a very fine line you have to find there between icky but not terrifying.”

Trying to top the second season’s rendition of the Mind Flayer, the producers wanted to go in a different direction from the “ethereal, shadowy” villain that took over the body of Will (Noah Schnapp). “The rats were basically the pollywog version of the monster, the first incarnation of the monster, with a little pinch of The Thing — incredibly wet, drippy, and heavy and gooey,” Graff said.

They considered using trained rats for parts of the filming, but decided against it since they couldn’t count on the rats hitting their marks. And, more importantly, they couldn’t explode live rats.

“From the beginning, I just said, ‘Let’s go CG all the way,’ because it eliminates the one thing that could turn into a headache,” said Graff, who notes that finding a visual effects house to actually create the new monster wasn’t hard. “When you tell people that you have a goo monster to create for Stranger Things, it’s a very easy sell … Everyone’s like, ‘Can we do the goop monster, please?’”

Eventually, Rodeo FX won the contract, and VFX designer Michael Maher drew many renderings of the rats and the Goo Monster to give Rodeo a place to start. “The very first rat shots were when Will goes up the hill and there are like 4 or 5 of them crossing, and then I think it turned into 12 rats,” Graff recalled. “We had that high-angle drone shot looking down at the factory and the black rats running through the factory. It was very cool. When we saw the first tests of the rats exploding, everybody was slapping their thighs, having a really good time. We were so excited about it.”

The only time a live rat was on set was when a photograph of one was needed for Nancy (Natalia Dyer) to show her bosses at the Hawkins Post. But that performance didn’t make the final cut. “When we shot in the basement, we had all these doll rats, like little puppet rats,” Graff said. “We ordered anything we could find that was a rat, including remote-controlled rats that were hideously dysfunctional. We would have all these rats there just for reference, just to have an idea what the shot was going to be. Later, they would be replaced. But the very first rat that was on film was a photo of a rat — that was just somebody with a still camera shooting a rat in a cage. And guess what? The CG rat won out. It was just more expressive.” 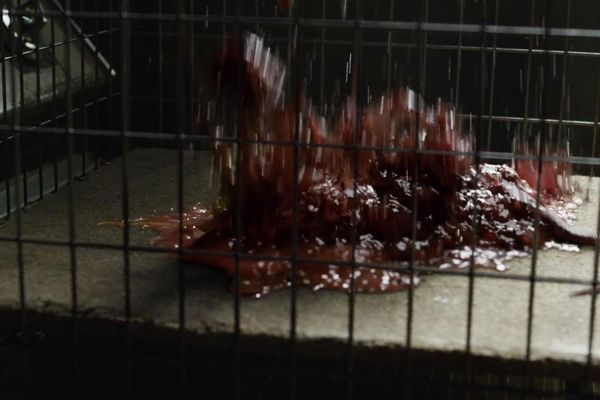 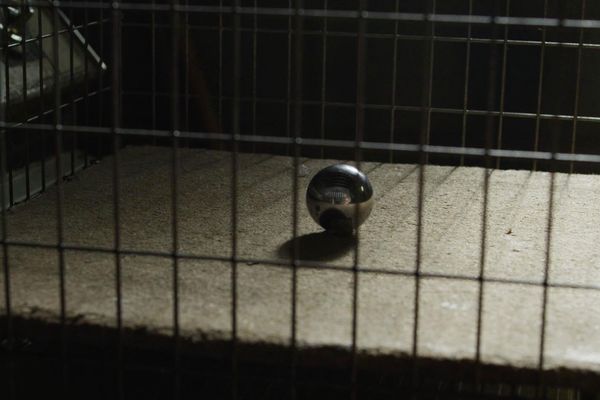 Once the Duffers approved of the rat, the next step was creating the sticky monster through creature and effects animation. The Duffers wanted the monster to resemble the second season’s Mind Flayer reconstructing itself out of body parts. “It could have teeth and even the same pterodactyl type of head,” Graff said. “That would tell us that maybe it’s the same entity, just a different iteration. When you look at it, we didn’t want it to have the same flat, pale texture but to have chunks, some muscular, some gooey, and to be a Frankenstein monster where some of the limbs are not moving but just dragging behind.”

Maher created a raw model of the monster using Photoshop, Cinema 4D, and ZBrush that the visual effects designers could use as a springboard. The first version had a spider shape and tentacles, which they later made retractable, but no teeth. “Then we decided we wanted it to have these teeth that could clench you and bite you and really hurt you,” Graff said. “There were many iterations of the face of the monster until we got it just right.”

Behind the scenes, the goop was imagined as Play-Doh made up of bones and tissues. “In the first versions of this, when they exploded, it was just a blob of red, gunky, really primitive stuff,” Graff added. “It didn’t look very impressive. But then when we saw the textures of slime from Rodeo and liquid sticking it together, our jaws dropped. It’s definitely awesome and awful at the same time.”