Christopher Columbus! Greta Gerwig’s Lady Bird follow-up had its first big screenings this week, and early viewers agree that the Louisa May Alcott adaptation could make a capital addition to the race. “Each role perfectly cast. Rousing score. Timely as ever. Hard not to cheer,” THR’s Scott Feinberg tweeted. With Once Upon a Time in Hollywood and The Irishman dominating pundits’ predictions, and 1917 and Ford v Ferrari looming, 2019’s Best Picture crop was looking very masc. Gerwig’s sensitive, empathetic film could find favor from voters who prefer a different energy. 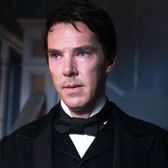 Two years ago, this historical epic about an electricity rivalry held the unfortunate distinction of being Harvey Weinstein’s final Oscar hopeful, debuting at TIFF weeks before the mogul’s misdeeds were exposed. The collapse of the Weinstein Company put The Current War in limbo, and director Alfonso Gomez-Rejon eventually reedited much of the film, even going so far as to reshoot a few scenes. The film arrives in theaters this week billed as the “Director’s Cut,” an attempt to get a bit of distance from the stench of Weinstein and those negative reviews from 2017. Unfortunately, the new version seems to be a bit of a dud, as well. And so, one of Hollywood’s weirdest side stories ends with a fizzle. 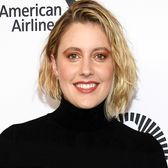 Here’s your depressing Oscar stat for the week: If Gerwig gets a directing nod for Little Women, she’ll be the first female filmmaker ever to be nominated twice in this category. Her second solo film could never re-create the bolt-out-of-the-blue magic of Lady Bird, but she puts a personal stamp on this much-adapted story, pulling the plot apart and reshuffling it to suit her themes. Though this kind of bold restructuring may not be to everyone’s taste, it marks Gerwig as an auteur with a vision. Hollywood can’t stop raving about her. 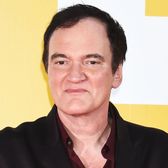 Remember him? Tarantino’s July hit is headed back into theaters with new footage, coincidentally at the same time The Irishman is preparing its limited release. Meow! And QT got another boost of positive buzz this week: Whatever you make of his film’s Bruce Lee scene, Tarantino’s decision not to recut OUATIH to please the Chinese government makes him stand out in the current cultural moment. 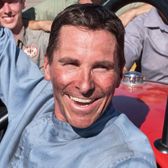 Since Bale’s driver spends most of Ford v Ferrari working under Matt Damon’s engineer, I’d assumed he’d do the savvy thing and run in supporting. Nope: News broke this week that both stars will enter this year’s very competitive Best Actor field. Deadline notes that the two men share a publicist, and since this move flies in the face of conventional wisdom that says you never run your actors against each other if you can help it, there may have been some ego-soothing at play. Bale’s got the showier part — his Ken Miles is as lean and temperamental as the cars he races — but it’s now an awfully crowded race. 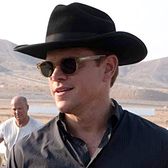 I spent a recent screening of Ford v Ferrari wondering if I’d been underestimating Damon’s chances here. As a middle manager tasked with navigating the film’s slobs vs. snobs drama, his easygoing good ol’ boy gets slightly more POV scenes, and most of the best punch lines. But that was in a world where Bale was running in supporting. It’s hard to see a scenario where both men get in, so Damon may be fated to spend the season drafting behind his co-star.

Ronan is not particularly well-served by Little Women’s structure: Instead of seeing her Jo gradually evolve over the course of the film, we’re constantly cutting between her idealistic younger self and her hardened older one, in a way that is sometimes hard to follow. Gerwig makes sure to give her some barn-burner moments near the end, though, and voters clearly love the Irish actress. I think she’s still a safe bet to pick up her fourth nomination. 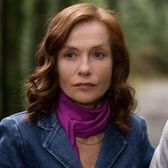 If Ira Sachs’s family drama wasn’t funded by the Portuguese tourism board, it ought to have been: The film’s picturesque Sintra locations will have you booking flights the moment you leave the theater. A shame about everything else, though. The cast seems to be lumbering through this low-key tale of generational reconciliation — even Huppert, who plays an imperious matriarch with a secret. It’s a role she could play in her sleep by this point, and here, often does. 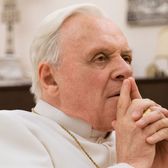 Bale’s departure from this space opens up a spot. Who will nab it? Jamie Foxx of Just Mercy seems sure to be a charismatic salesman for the legal drama, but right now my money’s on Hopkins’s curmudgeonly Pope Benedict in The Two Popes, which has been pulling in audience awards at festivals in the Hamptons and Middleburg, and could be a sleeper Best Picture nominee. 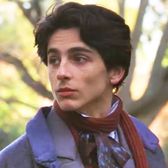 Or why not Chalamet? After his buzz for Beautiful Boy failed to pay off last season, the young actor got left off most preseason predictions for Little Women. Turns out, he’s great in it. Chalamet’s hillside proposal scene with his electronica bandmate Saoirse Ronan is so raw that it single-handedly justified the film’s structure for me. You can’t put a moment like that in act two! 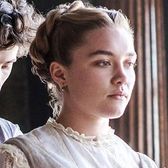 The best thing about Gerwig’s time jumps is how they foreground Amy March’s adult story line, allowing Pugh’s assured, forthright take on the character to shine. She’s a powerhouse, with two fantastic monologues clip editors are going to have a hard time choosing between. And Gerwig even takes care to put her in a flower crown, which I’m choosing to see as a tip of the hat to the actress’s other big film of 2019. Just as Alicia Vikander’s Oscars case was strengthened by the fact she’d been in everything in 2015, so too could Pugh nab a nomination as a cap on her breakout year. 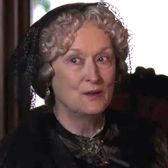 As Aunt March, the queen bitch of Victorian Massachusetts, Streep is as delightful as ever, but she’s only got a handful of scenes. If she gets in over Pugh, it’ll be for the brand, not the performance.