We Are Living in the Matrix

A weeklong series about how a 1999 movie predicted kind-of-everything about life 20 years later.

“Remember — all I am offering is the truth, nothing more.” Photo: Courtesy of Warner Bros.

This series originally ran in 2019. We are republishing it as The Matrix Resurrections hits theaters and HBO Max.

It’s hard to say what, exactly, would happen, if you transported the second-century Christian Gnostic sect leader Valentinus to the 21st century. He would likely be confused by contemporary Christianity, and frightened of cars. You’d have to teach him English, and explain to him modern inventions like computers, and The Masked Singer. But I can be sure of one thing about bringing Valentinus to the 21st century: He’d fucking love The Matrix.

He wouldn’t just appreciate the masterful production design, the legendary fight choreography, or the way the Wachowskis put Keanu Reeves’s woodenness to work — though he would; how could he not? — he’d also love The Matrix’s Gnosticism. Gnostics like Valentinus believed that the world we encounter every day is pain and suffering, an evil falsehood created not by God but by a lower deity of God’s creation, a figure called the Demiurge. To escape from the falseness of the material world and save your soul, you must achieve gnosis, or knowledge.

Sound familiar? Valentinus — again, assuming you taught him English, explained guns, and turned off motion-smoothing on his new TV — would no doubt recognize in the movie his own worldview: the false world of the Matrix; the godlike Demiurge personified in Agent Smith; the enlightened savior Neo, who arrives to rescue humanity. Valentinus’s favorite scene (besides the helicopter shootout scene, which is everyone’s favorite) would be the one where Morpheus sits in front of Neo and opens his palms to reveal two pills, perfectly reflected in Morpheus’s mirrored sunglasses: one red, one blue. “You take the blue pill and the story ends. You wake in your bed and believe whatever you want to believe,” Morpheus says. “You take the red pill and you stay in Wonderland, and I show you how deep the rabbit hole goes.” The red pill: gnosis, baby.

Nineteen centuries after Valentinus and other early mystics first began preaching, Gnosticism is thriving as the native belief system of the social-media-era internet. It’s just that we know it as “red-pilling” — because, of course, there is no religious text more foundational to the internet than The Matrix. Online, “to red pill” is to learn that you’ve been defrauded and misled, that you’ve bought into a false and diabolical lie, and that your only way out is to obtain true knowledge about the way the world works. “Remember — all I am offering is the truth, nothing more,” Morpheus tells Neo.

What that “truth” is varies, depending on your red-pill pharmacist of choice. Sometimes the Matrix is a “pre-fabricated world, controlled by a select few seemingly all-powerful forces, like the Banksters, the Rothschilds and George Soros” — that’s from James Red Pills America, a popular conspiracy-focused YouTube account that promises “to educate the masses as to the reality of the world in which we live today.” Sometimes the Matrix is just political liberalism generally, as was the case with Red Pill Black, a YouTube channel created by the right-wing activist Candace Owens with the intent of leading black Americans away from the Democratic Party. (The Neo to Owens’s Morpheus was briefly Kanye West, who tweeted in praise of her in 2018 amid his flirtation with Trumpism; he also happens to be a huge Matrix fan.) Red-pilling is generally right-wing — the left-wing equivalent is “being woke” — but not always: Sometimes, as in the case of a YouTube channel called Red Pill Vegan, the Matrix is just “short sighted Keto Diet advice.”

Most often, what online red-pillers consider to be the Matrix — the supposedly all-encompassing lie that causes pain and suffering — is feminism. A 2015 documentary called The Red Pill: A Feminist’s Journey Into the Men’s Rights Movement (29 percent score on Rotten Tomatoes), follows journalist Cassie Jaye “as she stumbles down the rabbit hole into the mysterious world of the Men’s Rights Movement” and is “taken on a life-altering journey where she would never see the world the same way again.” (Just like Neo, if he’d launched a Kickstarter fundraiser to find Morpheus.) Since at least the early 2010s, online anti-feminists have referred to their worldview as the “red pill,” which the infamous Reddit community r/TheRedPill, founded in 2012, defines as “the recognition and awareness of the way that feminism, feminists and their white-knight enablers affect society.” R/TheRedPill now has 300,000 subscribers discussing “sexual strategy in a culture increasingly lacking a positive identity for men.”

Misogyny, anti-feminism, and crude “pickup artist” dating advice have existed on the internet for a long time, but it’s the religious sensibility of The Matrix as translated into “the red pill” that combines these strands into a coherent cosmology: Feminism, the Red Pill theory tells its mostly young male adherents, is a cruel fabrication that causes personal unhappiness, societal disorder, daily chaos, global strife, and, worst of all, is the reason that you’re not having sex. Only through the red pill can you see the world for what it really is, and — finally! — get laid.

As with any movement, there are offshoots and schisms and rival sects. Beyond the red pill of anti-feminism, there’s the “black pill” of the ”incel,” or involuntarily celibate: abject, seething nihilism about even the issues that animate “red pill” communities. (Important issues like “how can I get laid?”) On 4chan, a tongue-in-cheek rainbow of “pills” has emerged to match the various arcane ideologies represented on boards like /pol/ (“politics”) and /x/ (“paranormal”). A widely circulated MS Paint–illustrated schema sarcastically outlines the characteristics of a “greenpill” (“opponent of the Illuminati” and “political non-Euclidean”) and “brownpill” ( “views the struggles of green pill against the NWO as futile”) among others. An anonymously authored comic on Tumblr sings of the adventures of “Iron Pill,” a yoked white supremacist with supernatural powers who battles feminists and antifa protesters dressed only in boxer briefs, boots, and a sleeveless hooded cloak like a volkisch fuckboy superhero.

The flowering of pills in the web’s wider spaces seems a bit like a betrayal of Morpheus’s two-pill offer — in place of “truth or illusion,” you get, well, your pick of different truths. It makes you wonder a bit if “the red pill” is really enlightenment or just another elaborate falsehood. But there were dozens of different Gnostic sects and schools in Valentinus’s time, too. And why shouldn’t YouTube and Twitter and Facebook be fertile ground for new Gnosticisms? These days we’re mostly trapped in the clutches of a handful of opaque and unaccountable megaplatforms — vast systems exerting enormous power over us, but of whose workings we remain only dimly aware. Is it any accident that fables of secret and enlightening knowledge about the oppressive structures of reality are so potent?

Beyond Red and Blue

The Matrix’s red pill has long been a symbol for the online misogynists of the men’s-rights movement. But over the years, it’s also inspired a whole pharmacy’s worth of other memes and cyberideologies — some playful, some hateful, some of which describe actual beliefs, and others used mostly pejoratively. Here, the more prominent and stranger ones. 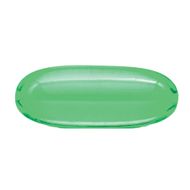 Like red pill but less worried about feminism than reptilian aliens enforcing the New World Order. 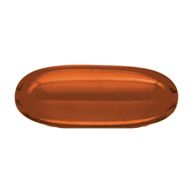 Anti-materialist more concerned with personal enlightenment than with the Illuminati. 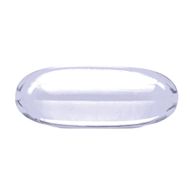 Ignorant of politics and global conspiracies. Hates reading and just wants to get laid. 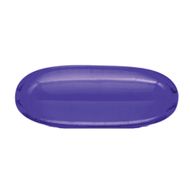 Supporter of the Illuminati (or possible member). Thinks people need to be controlled. 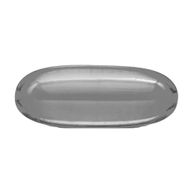 Aware of the Illuminati and is certainly no fan, but isn’t getting worked up over it. 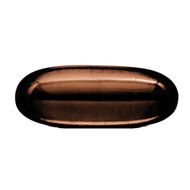 Into bodybuilding, the neo-Paleo diet, and the alt-right. Claims to have supernatural powers. 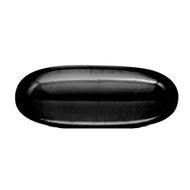 *A version of this article appears in the February 4, 2019, issue of New York Magazine. Subscribe Now!