There’s this thing I used to do (and still do occasionally, depending on who’s around) that I’ve come to view as the fundamental experience of contemporary popular food culture: While eating lunch, I’d watch old episodes of Chopped, or something from Anthony Bourdain’s extensive documentary oeuvre, or read the “Tables for Two” section in The New Yorker. Lunches just ended up tasting better that way, as if the episode or restaurant review is some sort of flavor-enhancing miracle berry that can turn even cold leftovers into something more sumptuous.

More astute minds, like Cari Romm writing for The Atlantic, have explored the pornographic tendencies baked into popular food media, and how it mines the relationship between food and sex. Those parallels can be most contemporarily detected in the regal slow-mo of Chef’s Table or the high-velocity editing of Top Chef. (I reckon this is the part where I’m supposed to cite the writing of Honoré de Balzac, the 19th-century French novelist largely understood to be the first writer to bring sexy food writing into literature with an omelette, but I’ve never read him.) Fans of food entertainment have been conditioned to be seduced by cooking.

It’s curious, then, that we don’t seem to hear much gastronomic sensualizing in food-related radio and podcasts. (Not yet, anyway.) Carnal sensibilities seem to be less present in podcasts, where the medium’s effectiveness tends to come from the more cerebral and contemplative. But that doesn’t make cooking-themed audio programs any less enjoyable. As Thanksgiving nears, here are some outstanding food podcasts to graze on. 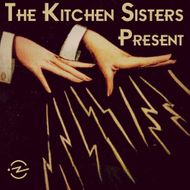 The Kitchen Sisters Present
Hosts: Davia Nelson and Nikki Silva
Publishes: Every two weeks(-ish)
Davia Nelson and Nikki Silva, the legendary duo of radio producers also known as the Kitchen Sisters, are perhaps most recognized for their NPR series Hidden Kitchens, a gorgeous body of non-narrated documentary work that is part anthropology, part historical appraisal, all love letter. Each installment explores the many quiet, often overlooked spaces where communities gather around food, and where culture subsequently emerges: from the front lines of the Civil War to post-Stalin Soviet Union, from a legendary club in Austin, Texas, to the Japanese-American diaspora.

These days, you can find their work primarily through Radiotopia’s The Kitchen Sisters Present podcast. “There aren’t a lot of sizzles and yums punctuating the action,” Nelson and Silva told me about their approach to the work. “It’s more about creating a mood and sense of time and place through language, storytelling, sound, music, and archival audio … Not to pit audio against great food writing, film, and video, but for us there is something about the voice … It’s intimate, speaking directly into your ear, memory, and imagination.” 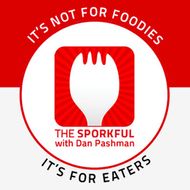 The Sporkful
Host: Dan Pashman
Publishes: Every Monday
Dan Pashman is an earnest documentarian and a sprawling showman, with a show mixing celebrity interviews, multipart features grounded in a culinary idea or a place, and perhaps most intriguingly, the pursuit of answers to quasi-academic questions. (Sample inquiry: “Is a takeout burger a lesser burger?”) The Sporkful’s style is passionate, obsessive, and surgical, and Pashman is at his most philosophically effective when the show uses food as a springboard to a much bigger caper. In a recent multi-episode arc, which also ran as a segment on the New Yorker Radio Hour, Pashman embarks on a hunt to re-create a dish made by a famous sandwich shop in Aleppo, Syria, that, given the current conditions of the country, may no longer be there. “We all know the power of biting into a food, and have it trigger a memory,” he narrates at one point in the piece. “Of having a food transport you to … a place, and it seems especially powerful to be transported to a place that doesn’t exist anymore.”

To Pashman, audio is effective because it leans on the audience to do the heavy lifting. In his mind, video tends to deny a sense of visceral ownership. “You see a juicy cheeseburger and you’re instantly hungry, but it’s someone else’s cheeseburger,” he explains to me. “Audio is interactive. When we talk about a cheeseburger on The Sporkful, you bring your own experience to the image that you get in your mind. It’s YOUR cheeseburger.” 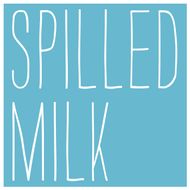 Spilled Milk
Hosts: Molly Wizenberg and Matthew Amster-Burton
Publishes: Every Thursday
Not all food podcasts are so experientially driven, of course, or deal with emotional and earnest questions of culture so directly. There are shows that utilize the subject matter more as a starting point for debate, discussion, and comedy. Spilled Milk, a conversational podcast by the Oregon-based writers Molly Wizenberg and Matthew Amster-Burton, bills itself more as a “comedy podcast about food” rather than a food podcast. “We strive to be accurate and cover a wide range of food,” Amster-Burton said, “but our primary goal is to make people laugh.” 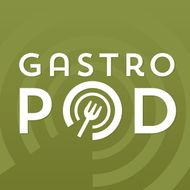 Gastropod
Hosts: Cynthia Graber and Nicola Twilley
Publishes: Every other Tuesday
Then there are shows that approach food as a rich subject for historical and scientific analysis, which offers up more intellectual pleasures. Gastropod, by Cynthia Graber and Nicola Twilley, is one such production, where the team is particularly fixated on the tiny details and processes that go into the things we put in our bodies. “I want the behind-the-scenes of food — the fact that the Mafia got its start in the citrus business, the way orange juice is de-oiled and stored for years in tank farms — rather than a look at how to use citrus in cooking or a profile of a grower,” Twilley explains.

The show is fun, mischievous, and delightful in its rampant curiosity. “We notice something, we read something, we hear about something, and then that sparks questions that we want to try to answer in the show,” Graber said. Episodes can get pretty wonky, which is just as well if you’re going to go deep on, say, the toxicity of the fungus that’s responsible for a lot of the flavor profiles in Japanese cuisine, or the startling ubiquity of something called MegaPurple in, shall we say, cost-friendly wine. (Much love to Two-Buck Chucks.) 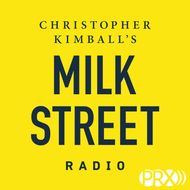 Milk Street Radio
Hosts: Christopher Kimball, with Sara Moulton
Publishes: Every Friday
Milk Street Radio is an extension of the chef and TV personality Christopher Kimball’s broader instructional food-preparation media empire, and the show’s structure directly reflects that: There are segments discussing this or that topic in the food world, a section discoursing on a recipe, a special guest interview, and a prominent call-in feature deployed throughout where Kimball and co-host Sara Moulton dispense advice to inquiring callers. (“The wonderful thing about shellfish is that they give you the liquid you need,” etc., etc.) If you’re not hitting up Milk Street Radio for the tips, there’s still something enormously comforting about letting the show run and wash over you; it tickles the back of your hairs the same way that, say, ASMR videos do for some. 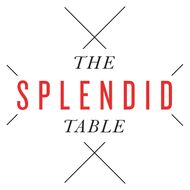 The Splendid Table
Host: Francis Lam
Publishes: Every Friday
The Splendid Table is a more soulful affair, and its approach seems to cut so much closer to the core value proposition of food radio. Hosted by the award-winning food writer Francis Lam, who took over from longtime host Lynne Rossetto Kasper earlier in February after her 21-year run, The Splendid Table shares Milk Street’s classic radio-magazine structure, but under Lam’s gentle and thoughtful touch, the show is essentially one long, unceasing, ever-iterating meditation on the formation and variation of food culture. In this, the show shares the vivid aesthetic sensibilities of the Kitchen Sisters and the Sporkful, but The Splendid Table expresses of all that through cultural appraisal.

“One of the things I really appreciate about the show is how it can make the world a little bigger for you — how it’s full of ideas and possibilities and ways of eating and cooking that may be different than what you know,” Lam said. “There’s such a thrill you get from the podcast when so much of our media comes at us so fast, and from so many directions, such that we’re never really able to focus on one thing. I think that, combined with our natural inclinations towards the delicious and with our feelings to how we eat and cook, it creates what can be a profound relationship between the listener and food.”

ticketmonster 11 mins ago
Biden Wants His Beyoncé Tickets Like the Rest of Us He called for limits on junk fees for concerts and sporting events.
grammys 2023 5:11 p.m.
Benito, Blige, and Brandi Among Grammys Performers Kacey Musgraves, Sheryl Crow, Mick Fleetwood, and Quavo will perform during the “In Memoriam” segment.
hard launch 3:36 p.m.
Paramount+ and Showtime Hard-Launch Their Merger Paramount + Showtime – multiple shows = new service.
respect the classics 2:12 p.m.
Ozzy Osbourne Retires From Touring Over Spine Injury “Never would I have imagined that my touring days would have ended this way.”
relaxing things 1:41 p.m.
Drift Off With Joe Pera’s New Podcast The comedian is back on his bullshit. The bullshit, in this case? Helping you fall asleep.
how to with jerrod carmichael 1:00 p.m.
Jerrod Carmichael to Helm HBO Comedy-Documentary Series Eat your heart out, John Wilson.
vulture 10x10 12:00 p.m.
The Affair Puzzle 20-Down, Six Letters: Accio and Alohomora, for two.
grammys 2023 12:00 p.m.
The Secrets of Pop’s Favorite Mastering Engineer How to make Taylor Swift, Harry Styles, and Adele sound perfect.
vulture sports! 11:26 a.m.
Actor Tom Brady Retires From Other Career Just two days before the release of 80 for Brady.
sad blawg 10:46 a.m.
Gawker Is Gawn, Awgain Bustle Digital Group has pulled the plug on nü Gawker and laid off 8 percent of staff.
doctor's orders 10:19 a.m.
Cash Dr. Phil Outside His show is ending after 21 seasons, howbowdah?
summer renaissance 9:13 a.m.
Move Out the Way, Beyoncé Is Taking Renaissance on Tour Good luck cuffing those tickets.
sound thinking 9:00 a.m.
Netflix Adds a Shiny New Audio Option for Top-Paying Subscribers More bang for your buck, even on crappy laptop speakers.
respect the classics 8:15 a.m.
The Piano Man Campaigned for Warren Zevon’s Rock Hall Nomination “If anyone deserves to be, he does. He was a real original, and I don’t know if that’s appreciated enough.”
respect the classics 8:07 a.m.
Cyndi Lauper and Willie Nelson Lead 2023 Rock Hall of Fame Nominees 14 artists made the shortlist, connecting every genre of music.
the industry 8:00 a.m.
Reality Check The boom — or glut — in streaming documentaries has sparked a reckoning among filmmakers and their subjects.
By Reeves Wiedeman
overnights 6:01 a.m.
The Bad Batch Recap: Star Wars Does Pandora Eywa has heard the wookiees’ prayers.
that 90s show 2:13 a.m.
Ashton Kutcher on Danny Masterson’s Trial: ‘Ultimately, I Can’t Know’ The That ’90s Show actor discusses his former co-star’s upcoming trial in March.
oscars 2023 Yesterday at 11:41 p.m.
The Academy Subtweets Andrea Riseborough’s Friends in Statement According to the Academy, Riseborough will keep her nomination.
coming soon Yesterday at 11:09 p.m.
Robert Pattinson Bringing More Eyeliner to The Batman Part II He will face his next villain, makeup remover, in 2025.
More Stories