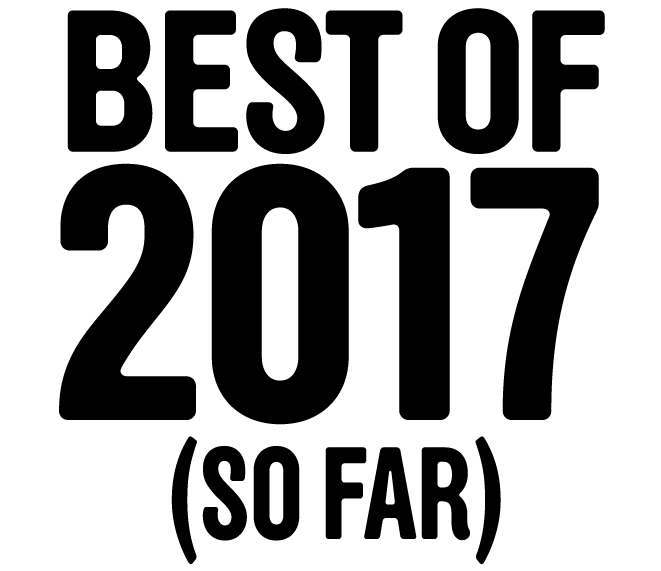 This week, Vulture is looking back at the best releases so far in 2017.

There have been a lot of stand-up specials already this year — more in the first six months of 2017 than the entirety of most other years, in fact. Remember, we are not so far away from a time, earlier in the decade, where it seemed like self-releasing was going to be the future of stand-up specials. That, thanks largely to the streaming sites, has changed. This is where I mention Netflix’s plan to release a new special every week this year. And it’s not only the quantity, it’s who: Louis C.K., Sarah Silverman, Amy Schumer, and, yes, Dave Chappelle. That said, other outlets, streaming and not, have continued to release high-quality specials. One non-Netflix release currently stands as the best of the year to date. So that’s the state of things. Which have been the best — the most demanding of your attention? Like Vulture’s other Best of 2017 (S0 Far) lists, this one is unranked, though I went a little rogue and separated the entries into two tiers.

Best of the best

Shot a month after the election and released two months after the inauguration, the tone of 8 is a revelation. Contrarianism and devil’s advocacy has been popular for awhile, but as a style it has suffered from less-skilled comedians selling faux-edginess to an audience fine with hearing a person say awful things for an hour. Carmichael’s brilliance is that he turns that instinct inward, examining his struggle with not caring more, particularly nowadays when everyone cares about things very loudly. Carmichael has a Chappelle-like comfort and presence onstage, where you can’t help feel completely captivated as he thinks through ideas, building tension with long pauses. Recognition also should be given to Bo Burnham, a visionary stand-up in his own right, who directed, and brought an uncommon intimacy for the special.

Is there a better writer of jokes than Norm Macdonald? Hard to say. Legitimately, it’s hard for me to say if there is. These jokes, on full display in his Netflix special, walk this interesting line of contemporary stand-up, anti-comedy-esque “funny because they aren’t funny” jokes, and classic jokey-joke jokes. It’s all mixed together and executed with precision, without too much preciousness. They’re undeniable.

We are following an election year and the election of Donald Trump, so it’s not a surprise there has been such a rise in topical comedy. It’s against that backdrop that Jen Kirkman’s special is so, well, special. Her comedy thinks globally but her act is local — focusing on herself and the aggressions she faces in her daily life, as opposed to the names and actions of specific people with access to our tax dollars. Her dealing with street harassment, which was the subject of an early episode of Good One, might be the single best chunk of the year.

In her comedy, Bamford guides the audience through a world of her own design. As a result, what she did with Old Baby — cutting between her performing in front of different audiences of increasingly larger size — didn’t feel like some cheap alternative-comedy gimmick, but something organic and lived-in. Bamford has a wholly original mind, and as she continues to perform, it’s so exciting to see how she gets better at translating it to her audience. There is only one Maria Bamford, and you feel lucky to get to spend an hour having her show you around herself.

It’s been 12 years since Jesus Is Magic, Silverman’s legendary concert film, that acted as the culmination of the tremendously influential stand-up persona she spent the first decade of her career honing. It’s hard to believe that much time has passed, until you watch A Speck of Dust and see just how much her act has evolved. Now, 25 years into doing stand-up, her mastery of the form is on full display. The character she played is gone, but Silverman still knows how to write jokes, with deliberate wording and pace. Though she’s as atheist as ever, there is a surprising spirituality to the act, as she searches for common ground through unfiltered humanity.

Best of the rest

In his one-man show, Brennan cleverly deconstructs the form — with one mic for stand-up, one for one-liners, and one for personal material. Beyond being really interesting to look at staging-wise, it allows him to play with tone. He goes as personal and introspective as any stand-up ever has, and sometimes he doesn’t need to end with a joke, because the audience knows that he is at the personal mic and the comedy will come when the switch happens.

Afraid of the Dark  is consistently impressive bit of stand-up comedy. It’s crazy how good Noah is at stand-up on a technical level. He expertly lays out a thesis and then thoroughly exhausts the premise, as he finds more and more ways to escalate, often finding himself in scenes where he’s playing multiple characters with wildly different personalities and accents.

Gethard worked on his one-man show for years before he filmed it, because he knew it was one of the most delicate subject areas possible. He doesn’t shy away from the real, but deftly uses his skill as a performer to make sure you never forget you’re at a comedy show. It’s a tremendous achievement.

There is an interesting silliness and absurdist streak to Roy Wood Jr. even when he’s talking about important issues of race and politics. He doesn’t downplay the severity of these subjects, but still finds a way to present them anew, often showing just how ridiculous they are.

Ambitious in its staging and scope, Homecoming King is at its best when it’s at its smallest, focusing on Minhaj’s face and his deeply personal connection to the immigration debate. Energetic and tremendously charming, Minhaj brings you into his origin story, welcoming you to cry as well as laugh.

“What if this is the show?” is a common refrain for Scovel, a stand-up who likes to blur the line between the planned and the improvised. The jokes are there, and they are funny, but the key is how he always keeps the audience on their toes.

Though this isn’t what the title means, when I see it, I picture a cartoon shrimp wearing sunglasses lying on a hammock. That’s Al Madrigal for ya — kinda, not really. The point is, Madrigal takes a relaxed pace with his stories, confident in their ability to entertain regardless of their bit-per-second ratio. To watch Madrigal is to see a comedian assured in his art.

Birbiglia is also a slow-talking storyteller, but he works it until it reaches maximum joke density. This is especially true on this special, where he seems to be on a mission to pack as many laugh lines as he can in his stories about jokes, and jokes about stories.

The best parts of Dave Chappelle’s first of two specials released earlier this year are the best stand-up released this year, period. The Care Bear joke, the O.J. framing, the Kevin Hart story: brilliant. However, while the best parts remain in my memory, the homophobic and transphobic material also lingers. Regardless of if you were offended or not, that portion of material was just not up to the standard of the rest. It will be interesting to see how I, and the collective opinion, feels about this unevenness as the year continues.

Bill Burr always wants to be getting better and though I don’t think Walk Your Way Out is his best material, it does represent him at the top of his form. Many comedians build up to their most controversial, extreme take on a subject. Burr reverses that method, digging himself a giant hole and trying to win everyone back. And he always does, because he is very good at stand-up comedy.

what we know 21 mins ago
Salman Rushdie Stabbed and Seriously Wounded During Speech in New York The acclaimed author was grievously wounded in the attack and remains hospitalized. The assailant has been identified, but his motive isn’t yet clear.
overnights 7:00 p.m.
A League of Their Own Recap: The Adventures of Lieutenant Victory The Peaches hit the road while a man heads to war.
overnights 6:00 p.m.
Never Have I Ever Recap: Saving Face Devi is still hung up on Paxton until Nirdesh, a stone-cold hottie, enters the chat.
dinner party 5:58 p.m.
Where Are You Sitting This Week? With Maren, Megan, Merrick, or Rita Waititi-Ora.
media digest 5:46 p.m.
Jeffrey Toobin, Who Still Had a Job After That, Exits CNN Nearly two years after masturbating on Zoom, he’s getting himself off — the network, that is.
emergency discussion 5:42 p.m.
Where Does For All Mankind Go From Here? We have some humble suggestions/demands for season four.
tributes 5:33 p.m.
Ellen DeGeneres, Rosanna Arquette, and More Remember Anne Heche “This is a sad day.”
overnights 5:20 p.m.
Pretty Little Liars: Original Sin Recap: Meet Me in the Hall of Mirrors It kind of feels like the Y2K Mom Squad didn’t learn the lessons they should have from Angela’s tragic death.
lethal lyrics 4:52 p.m.
Megan Thee Stallion’s Traumazine Bars Humiliate Her Haters Thee most savage lyrics from her sophomore album.
party report 4:40 p.m.
Never Have I Ever’s Maitreyi Ramakrishnan Wants to Be the Next Veronica Sawyer The Never Have I Ever star is ready for Broadway.
overnights 4:00 p.m.
A League of Their Own Recap: A Taste of Victory Who’s ready for a new adventure?
feeling stuck 4:00 p.m.
A Movie So Ideal for the End of Summer That It’s Actually Called Fall Head empty, just tower.
overnights 3:40 p.m.
The Devil Is a Part-Timer! Recap: A Return to Form A welcome change of scenery and a chance to get back to basics.
finale thoughts 3:15 p.m.
For All Mankind’s Wrenn Schmidt Thought ‘This Might Be It’ for Margo “Margo is making choices every step of the way, making the best choice she can in terrible circumstances.”
overnights 3:00 p.m.
Never Have I Ever Recap: Love Is a Battlefield It’s Valentine’s Day, which means relationships end left and right.
vulture lists 3:00 p.m.
All 13 Marx Brothers Comedies in the Order You Should Watch Them Enter the Marx-verse, where no cow is too sacred or authority too high to undermine.
rip 2:47 p.m.
Anne Heche Dead at 53 Following Car Crash The actress had suffered severe injuries following the crash.
overnights 2:24 p.m.
Surface Recap: Excess Baggage Sophie’s trippy evening reveals interesting things about Baden, James, and Caroline.
what a tease! 1:51 p.m.
Beyoncé, Professional Tease, Releases an Almost Music Video for ‘I’m That Girl’ Now can she try being “that girl” who releases music videos?
comedy review 1:12 p.m.
This Fool Is What Streaming Comedies Should Be And a just world would give us several more years of it.
By Kathryn VanArendonk
More Stories