Sure, when pondering the idea of “Hollywood adaptations,” we don’t blame you if the first thing that comes to mind is all of those fancy novel turned movies gunning for Oscars glory. But don’t forget, it’s the golden age of TV — filled with hundreds of networks, and millions of hours of airtime! Unsurprisingly, that translates to a noticeable uptick in book adaptations coming to the small screen this year, ranging from fantasy fiction to murder mysteries to, well, even more fantasy fiction. For the adaptations definitively confirmed for a 2019 release — as opposed to other titles, such as Reese Witherspoon and Kerry Washington’s Little Fires Everywhere, which are still TBD — we’ve outlined everything you need to know about them below. 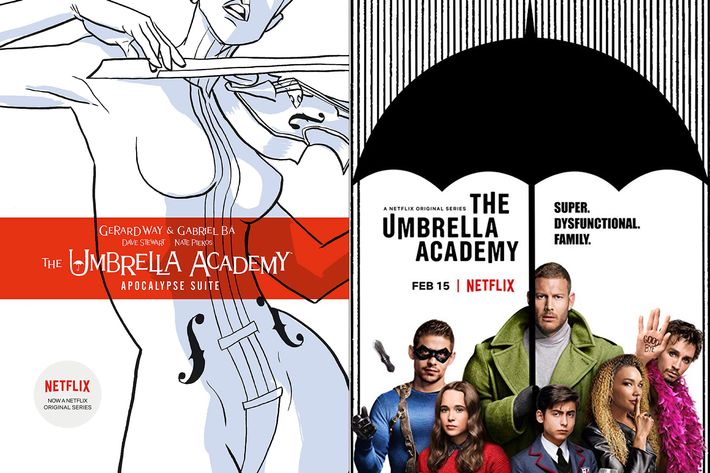 Source: The Umbrella Academy by Gerard Way and Gabriel Bá
Premise: They really put the fun in dysfunctional superhero family. Set in an alternate universe a few decades ago, dozens of children with special powers are unexpectedly born from non-pregnant women around the world — true immaculate conceptions. An eccentric billionaire and closeted alien, sensing this is a sign to start his own family, adopts seven of these kids, hoping he can eventually unite them to protect the world from any and all evil. It … doesn’t go too well. They disband, only to reunite a few years later when their father dies, needing to fight off their most treacherous foe yet.
Your helpful actor guide: Ellen Page and Mary J. Blige
Confirmed premiere date: February 15 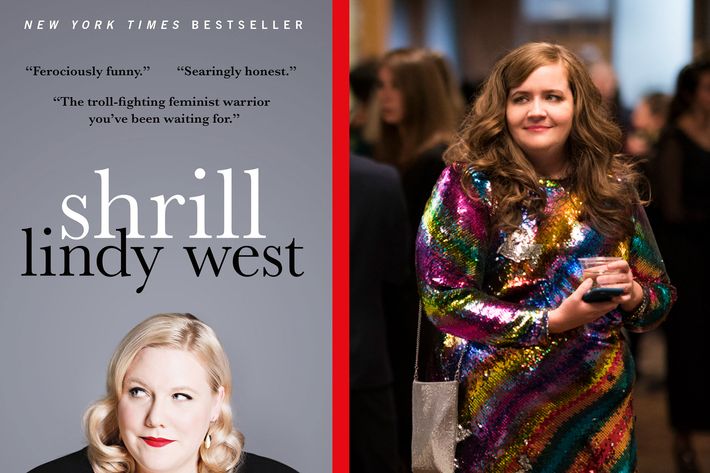 Source: Shrill: Notes From a Loud Woman by Lindy West
Premise: Adapted from a series of nonfiction essays, Shrill revolves around an overweight journalist in New York City who, despite a moderate amount of professional success for her age and a solid group of friends, finds herself being passed over for better opportunities because of her weight. Out of principle, she refuses to change anything about herself in order to get ahead, even though that mind-set may soon shift when she realizes the true extent of her disadvantage. Also, she has to deal with a constant carousel of shitty boyfriends, which also sucks.
Your helpful actor guide: Aidy Bryant
Confirmed premiere date: March 15 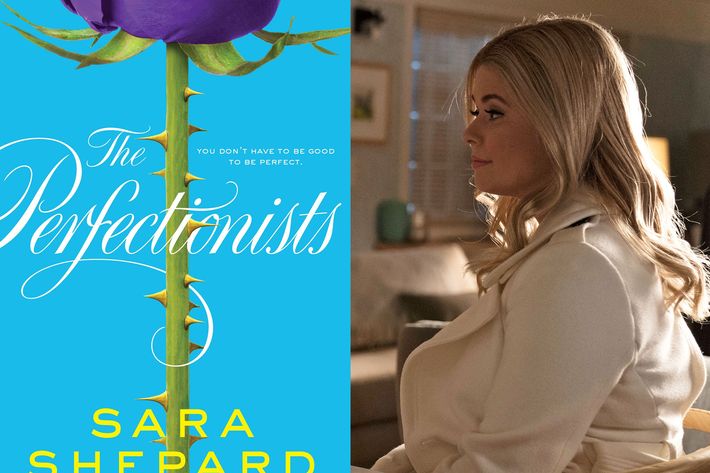 Source: The Perfectionists by Sara Shepard
Premise: The author that brought you the deliciously vicious world of Pretty Little Liars is back with a spinoff, which takes on a similar format: A group of young college women, all battling their own internal demons, realize they hate a guy who’s made their lives absolute hell at school. To blow off some steam, they jokingly outline the ways they would collectively kill him if given the chance, but, twist, he actually turns up dead in the exact way they described, forcing them to (1) find out who’s perversely torturing them and setting them up for a crime they didn’t commit, and (2) keep a very low profile from the police. You know, a normal collegiate experience!
Your helpful actor guide: Sasha Pieterse, Janel Parrish
Confirmed release date: March 20 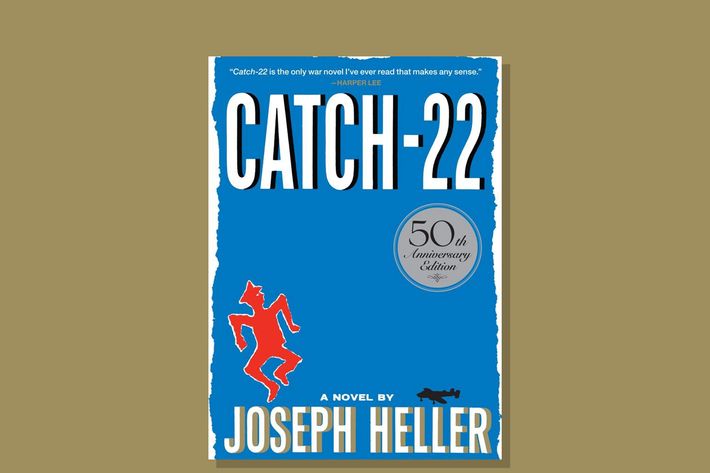 Source: Catch-22 by Joseph Heller
Premise: The satire that birthed its very own noun, Catch-22 follows a bombardier stationed on an Italian island during World War II who, despite some perplexing bureaucratic rules in place for servicemen, just wants to keep his head down and fight for his country so he can return home as soon as possible. The increasingly high-stakes missions he keeps being sent on, though, make him question his sanity and the purpose of his job, but if he actually expresses any skepticism, well … he’ll be in violation of something, one way or the other.
Your helpful actor guide: George Clooney, Hugh Laurie, Kyle Chandler
Confirmed release date: May 17 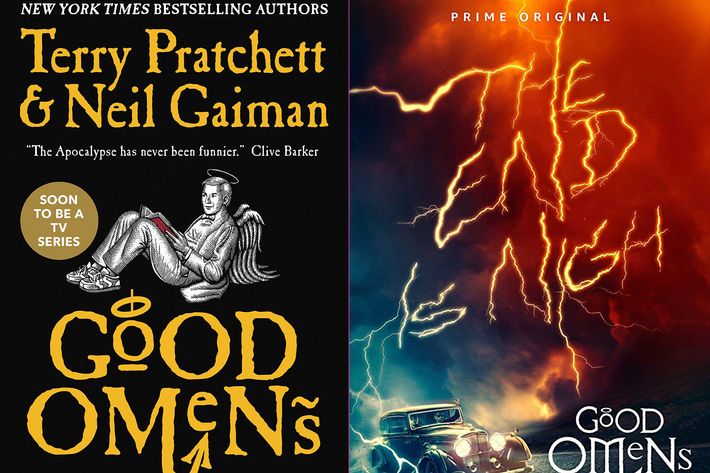 Source: Good Omens: The Nice and Accurate Prophecies of Agnes Nutter, Witch by Neil Gaiman and Terry Pratchett
Premise: Having grown accustomed to their cushy lives on Earth, the unlikely pals of an angel and a demon — who’ve been chillin’ on our planet for over 6,000 years — have to band together to prevent Armageddon from happening, which was seemingly triggered by the otherworldly birth of Satan’s son. The leaders of heaven and hell soon have to get involved, as does God himself, but our antiheroes won’t stop until they can get some assurance that maybe another resolution can be worked out instead. They’re far too fond of bookshops and bars to leave for good, obviously!
Your helpful actor guide: David Tennant, Michael Sheen, Jon Hamm
Confirmed release date: May 31 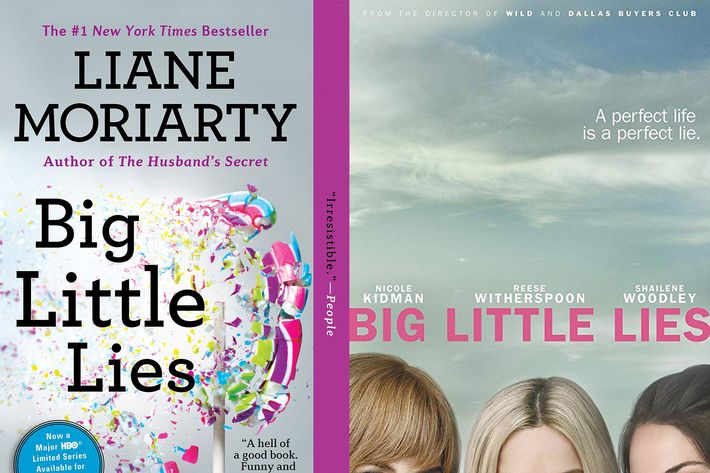 Source: Big Little Lies by Liane Moriarty
Premise: As a continuation of the events that transpired during the season-one finale — and thus a continuation of Moriarty’s original novel — our Monterey women deal with the aftermath of Perry’s murder, both in the sense of dodging detectives hell-bent on discovering the truth and dodging new family members who come to town. We already know the women’s tony, sun-kissed lives are anything but perfect, but will their shared secret end up spiraling into something way darker than they ever thought possible?
Your helpful actor guide: Nicole Kidman, Reese Witherspoon, Laura Dern 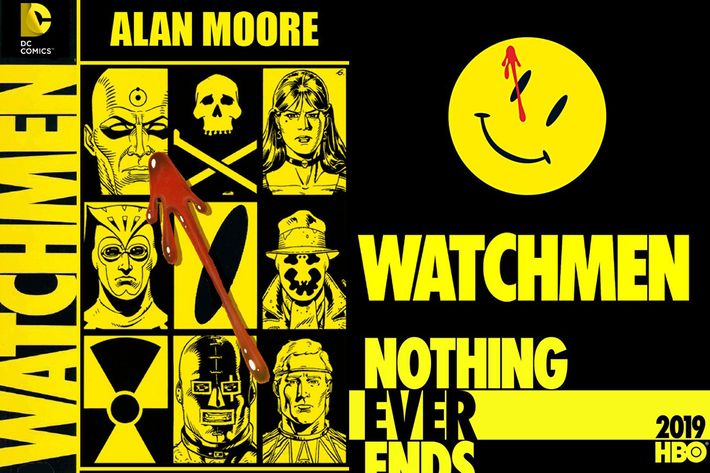 Source: Watchmen by Alan Moore and Dave Gibbons
Premise: In a world where superheroes became a prominent part of American culture in the mid-20th century — thanks to war and whatnot — Watchmen explores the subsequent downfall of their goodwill and why they’re being treated as outlaws. But now, in the present day, the murder of a prominent superhero with government ties reawakens the superhero hive, as they vow to uncover the truth about his death. The show will deviate a bit from the graphic novels, promising a more “remixed” take.
Your helpful actor guide: Regina King, Jeremy Irons 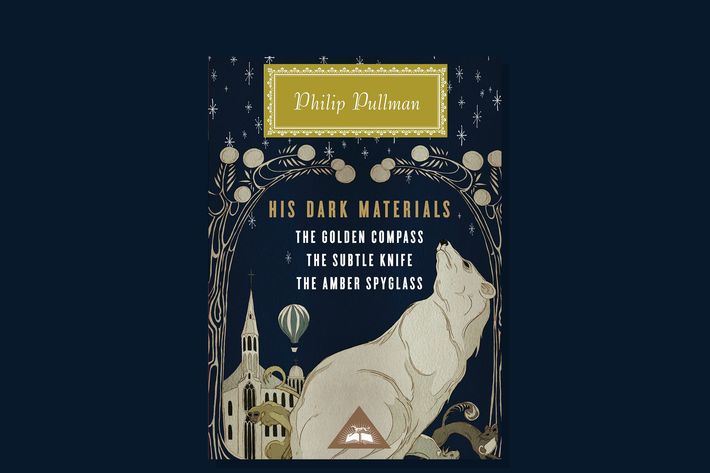 Source: His Dark Materials by Philip Pullman
Premise: It’s a sprawling sci-fi series that gives Game of Thrones a run for its world-building money, but to start at the very beginning: In a parallel universe where humans have a “daemon” animal form shadowing them at all times, a young girl is determined to locate the whereabouts of her kidnapped friend, even if that means traveling in and out of increasingly dangerous universes with the help of some eccentric characters. She’s also joined by a young boy as her traveling companion, and the duo might just uncover a bigger conspiracy along the way — if they can survive, that is.
Your helpful actor guide: Lin-Manuel Miranda, James McAvoy, Ruth Wilson 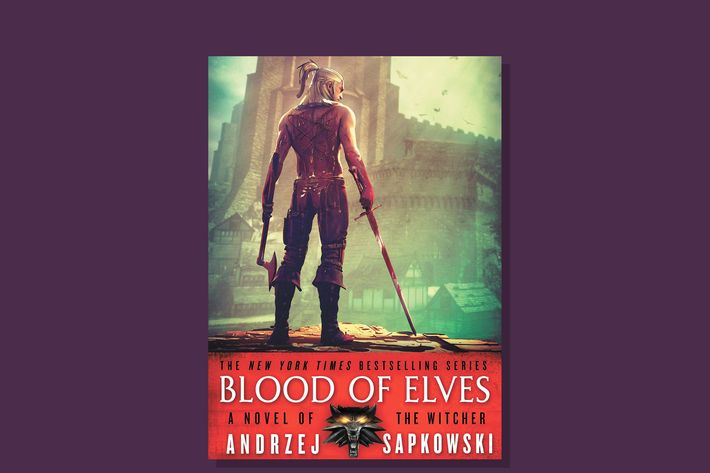 Source: The Witcher by Andrzej Sapkowski
Premise: One of the few remaining “witchers” in the world — or rather, monster hunters who possess the supernatural abilities required to fight these beasts — embarks on what he believes will be a solitary journey to kill the most formidable beast yet. However, things begin to get wonky when he encounters a sorceress and a princess on his quest, with this trio soon realizing that (wait for it) perhaps the most dangerous creatures of all aren’t monsters, but humans themselves.
Your helpful actor guide: Henry Cavill 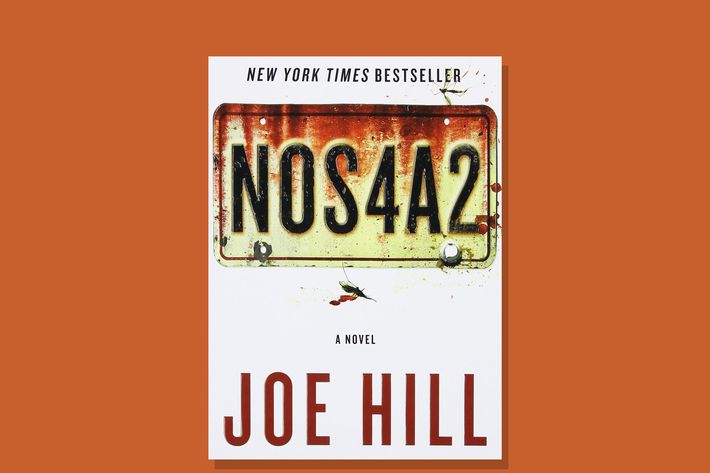 Source: NOS4A2 by Joe Hill
Premise: Read the title closely — yup, that Nosferatu! As a modern retelling of the ugliest monster of all time, a young artist discovers that she not only has supernatural, portal-jumping abilities, but she can use them to track down and capture this immortal being as he continues to terrorize children around the world. His preferred torture method, you ask? He loves feeding off the souls of these kids to fuel his immortality, and then disposing what’s left of them in a portal with an everyday-is-Christmas theme. It’s … a very specific process.
Your helpful actor guide: Zachary Quinto