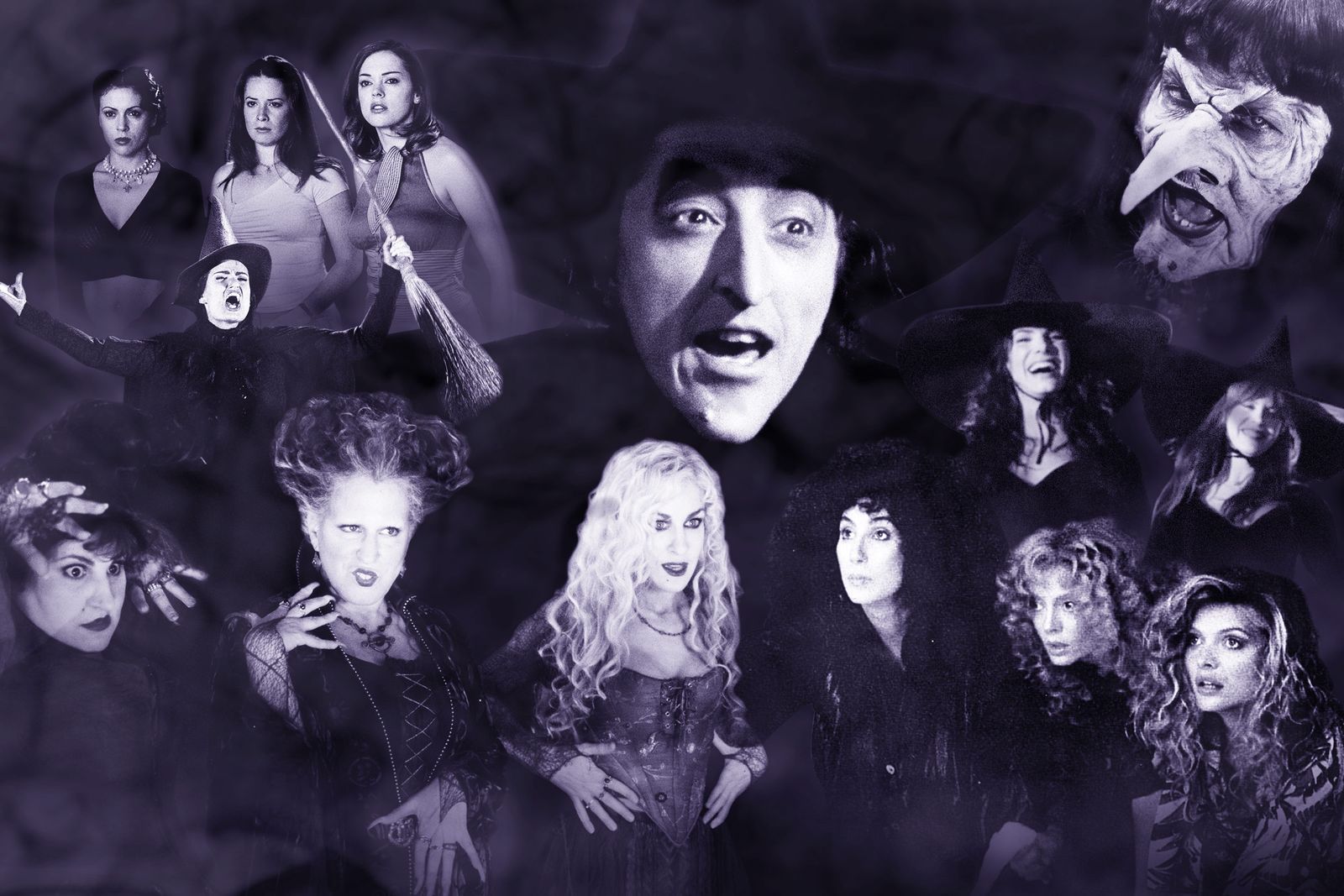 12 stories about the enchanting mix of witches and pop culture.

In TV, movies, and real life, women have been at the forefront of the year’s biggest stories — so this Halloween season, we looked at pop culture’s most wicked depiction of female power. Here are the 12 features from our Witch Week, covering everything from essays on witchy classics to an actual coven’s thoughts on famous fictional witches.

Why the Witch is the Pop-Culture Heroine We Need Right Now
“Over the last several decades, witch stories in everything from Broad City to The Witches of Eastwick have reclaimed the witch as a powerful, admirable, and appealing figure. The harm is no longer something the witch inflicts on people; it’s a modern, feminist vision of witchcraft as a response to pain, as a way of seeking revenge, as a female reclamation of power.”

The 15 Greatest Witch Movies of All Time
“What makes witch movies so fascinating as a collection, though, is their wide variety of tones and messages. Whether you’re into the fun-for-all-ages allure of Hocus Pocus or the blood-spewing charms of Black Sunday, somewhere out there is a pointy hat and broomstick that’ll fit you just right.”

Examining the Silly, Emotional Legacy of ‘Defying Gravity’
“What makes Wicked work — and it can really work — is its thundering earnestness, best demonstrated in “Defying Gravity,” the grand Act One finale perfectly calibrated to get everyone to stick around for Act Two.” 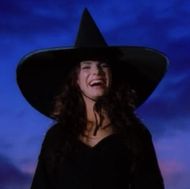 Practical Magic Got Cursed by an Actual Witch. Is That Why It Bombed?
“When the witchy rom-com Practical Magic hit theaters in 1998, the critical response was brutal. Entertainment Weekly, to pick one example of many, called the film “so slapdash, plodding, and muddled it seems to have had a hex put on it.” But in recent years, a growing fandom has developed around Practical Magic and its pair of witch sisters, played by Nicole Kidman and Sandra Bullock, who live in a glorious house on an island off the Massachusetts coast, dance to Harry Nilsson records, and drink margaritas at midnight.”

The Best Thing to Watch at the Gym Is Silent Reruns of Charmed
“I have no idea if Charmed is a good show under normal circumstances, but in this one, it’s freaking great. Amid the rictus grins and CGI weather patterns that make up most morning TV, there’s something about Charmed that pulls in a gymgoer’s eye. The costumes and sets are always bright, everyone is super well-lit, and there are just enough recognizable faces in the guest cast to make you say, ‘Wow, so that’s what Zachary Quinto looked like in 2003.’”

How Hocus Pocus Became an Enduring Halloween Hit
“Much like the Sanderson sisters themselves, the 1993 Disney comedy about a trio of resurrected Salem witches has had a shockingly successful afterlife. Freeform’s annual autumnal reruns of the movie reliably draw tens of millions of viewers each year. The film zooms toward the top of the DVD sales charts every October.”

The Profound, Enduring Legacy of The Craft
“When the film came out, the reviews were middling at best: It was described as “campy,” its imagination limited. But since The Craft was released in 1996, it has become a cult classic, spawning fan art, fanfiction, Etsy merchandise, and cosplay; it holds a reputation as the kind of film best kept to slumber parties between wine-drunk girlfriends, not serious study.”

Why It’s Time To Reconsider Witch House
“The genre’s day in the sun went by so fast that most of the artists lumped into it didn’t even have time to release an album during its short-lived heyday. Still, witch house was popular because it sold a mood — an unsettling mix of sadness, melodrama, fear, and paranoia — and if you made music that could be lumped into that weird mood mixture, then you, too, could become a practitioner.” 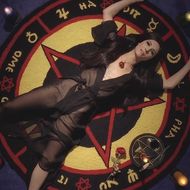 The Secret Feminist History of Witches, As Told by a Practicing Witch
﻿“There’s always been a strong tie between cautionary tales of witches and the patriarchal fear of powerful women, but feminism and stories of witchcraft are much more linked than one might assume. Some of the most important witch stories in pop-culture history were influenced by major feminist writings.”

The Witches of Eastwick Is a Fascinating Movie to Watch Post-Weinstein
“The Witches of Eastwick can be viewed as female empowerment manifesto or as a male gaze-y supernatural story that keeps women in their traditional place. Sometimes it manages to be both of those things in the same scene. The film’s refusal to communicate a singular point of view is, in my view, an issue, though one that doesn’t prevent it from being entertaining. But it also speaks to how muddled things can get when people, inside Hollywood and out, wade into the gender-politics pool.”

What Pop Culture Gets Right and Wrong About Witches, According to a Real Coven
“On a recent October night, three witches dressed all in black made their way across the river from New Jersey to Vulture’s offices in Tribeca. Yema Rose, Haleigh, and Brielle are members of an “all femme, all queer” coven they formed a year ago with four other witches.”

Why Can’t Black Witches Get Some Respect in Popular Culture?﻿
“In real life and pop culture, witchcraft is one of the few avenues in which women are exalted and seen as powerful figures to be respected. The lack of powerful black witches in film and TV is a symptom of a larger problem that has existed in America since its very beginning: the fear of black women’s autonomy and prowess.”

+Comments Leave a Comment
All 12 Stories from Witch Week, Gathered
now streaming 6 mins ago
What’s Leaving Netflix: February 2022 The Edge of Seventeen, Grown Ups, Good Time, and more.
wine and crime 8 mins ago
A Run-on Review of The Woman in the House Across the Street … TL;DR: Maybe just rewatch Dead to Me.
the law 27 mins ago
Chris Brown Accused of Rape Once Again in $20 Million Lawsuit The singer alluded to the “pattern” of rape and abuse allegations against him on Instagram.
headlines 4:26 p.m.
Julia Fox, Queen of the Hustle, Apparently Dated Drake, Too Even got two of his notorious Birkin bags.
chat room 4:15 p.m.
Cheer’s Jada Wooten Knew the Judges Wouldn’t Disagree With TVCC “From the start to the finish of that full out, I knew.”
movie review 3:18 p.m.
Compartment No. 6 Is Already One of the Best Films of This Year In this Cannes winner, a Finnish student and a Russian miner must share a cramped train compartment on their way to Murmansk. Hilarity does not ensue.
By Bilge Ebiri
overnights 3:00 p.m.
The Afterparty Recap: A Quarter-Mile at a Time Brett’s efforts to preserve his family on reunion night turns the story into a Fast & Furious–esque action movie.
#metoo 2:58 p.m.
W. Kamau Bell Wants to Keep the Cosby Conversation Going His new docuseries enlists scholars and survivors to grapple with the man who “worked as hard at his predation as he worked at his career.”
oscar futures 2:38 p.m.
Oscar Futures: Who’s in the Lead As Voting Begins? With two open spots in Best Picture, Being the Ricardos and Tick, Tick … Boom! got a boost from the PGA. Can they both get in?
By Nate Jones
method acting 1:30 p.m.
No One Does a Press Tour Quite Like Lady Gaga And the the Oscar for Best Actress in a Promoting Role goes to…
this week in late night 1:21 p.m.
Paris Hilton Won Late Night This Week, But Not for the Clip You Think Plus some stand-up from Jackie Kashian and a chat with Mike Schur and Seth Meyers.
true crime podcasts 1:20 p.m.
This Month in True-Crime Podcasts: Con Men, Mobsters, and Jack the Ripper Plus, crimes from the Great White North.
vulture lists 12:07 p.m.
16 Upcoming Page-to-Screen Adaptations to Add to Your 2022 Reading List From Marry Me (based on a webcomic!) to Inventing Anna (based on a New York Magazine story!).
vulture 10x10 12:00 p.m.
The Sickening Puzzle 1-Down: Event seen in “Pose” or “Paris is Burning”
overnights 12:00 p.m.
The Afterparty Series-Premiere Recap: Meet Cute Aniq attends his high-school reunion in the name of love and becomes the prime suspect in Apple’s murder-mystery comedy.
last night on late night 11:53 a.m.
The Village People’s Victor Willis Loved Kenan Thompson’s SNL Impression 70 years old and still showing up to Zoom meetings in full costume.
guides 11:04 a.m.
Navigating On Cinema’s Giant, Underground Universe A guide to Tim Heidecker and Gregg Turkington’s series and everything that it has spawned so far.
By Chris Kopcow
buffering 9:00 a.m.
The Great Netflix Panic of ‘22 It’s been a rough week for Netflix stockholders. But how bad are things really?
the grub street diet 6:00 a.m.
Actor Aaron Tveit Misses Chicken Parms “I always liked ’em a little burnt.”
By Chris Crowley
overnights Yesterday at 11:06 p.m.
The Real Housewives of Miami Recap: In a Pickle Marysol doesn’t choose violence. She chooses chaos.
More Stories